The United States Federal Bureau of Investigation provided Congress with "grossly inflated" statistics on the number of electronic devices it has been been unable to access due to encryption, reports The Washington Post.

Last year, the FBI claimed to have been locked out of close to 7,800 devices that were connected to crimes, but the actual number of devices that were inaccessible is smaller, closer in scope to between 1,000 and 2,000. The FBI discovered an error in the method used for counting encrypted smartphones last month, and has not yet completed a full internal audit to determine the correct number. 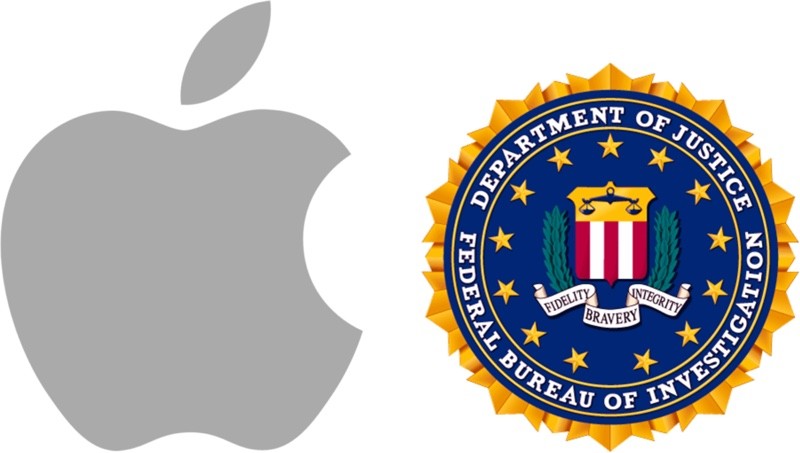 "The FBI's initial assessment is that programming errors resulted in significant over-counting of mobile devices reported," the FBI said in a statement Tuesday. The bureau said the problem stemmed from the use of three distinct databases that led to repeated counting of the same phones. Tests of the methodology conducted in April 2016 failed to detect the flaw, according to people familiar with the work.
Click to expand...

The FBI's inflated numbers are a problem because FBI director Christopher Wray has, at several points in time, used those statistics to warn of the dangers criminals using encryption to "go dark" and evade law enforcement oversight.

Back in October, for example, Wray said the inability to access such a large number of encrypted smartphones was a major problem. "To put it mildly, this is a huge, huge problem," said Wray. "It impacts investigations across the board - narcotics, human trafficking, counterterrorism, counterintelligence, gangs, organized crime, child exploitation."

In another such speech in January, Wray used the inflated figure to describe encryption as an "urgent public safety issue."

"While the FBI and law enforcement happen to be on the front lines of this problem, this is an urgent public safety issue for all of us. Because as horrifying as 7,800 in one year sounds, it's going to be a lot worse in just a couple of years if we don't find a responsible solution."
Click to expand...

These kinds of statistics have also been used by the FBI to advocate for backdoors into encrypted devices like the iPhone.

In 2016, for example, Apple and the FBI had now-famous dispute over the iPhone 5c used by San Bernardino shooter Syed Farook. The FBI demanded that Apple create a tool to allow law enforcement officials to disable passcode security features so they could hack into the device, effectively weakening its protection.

Apple staunchly refused and argued that such a request could set a "dangerous precedent," a position the company has maintained since then as law enforcement officials have continued to advocate for backdoor device access.

"Weakening security makes no sense when you consider that customers rely on our products to keep their personal information safe, run their businesses or even manage vital infrastructure like power grids and transportation systems," Federighi said.

Despite the FBI's error counting the number of encrypted devices it has been unable to access during criminal investigations, the agency maintained that encryption is a "serious problem" in a statement to The Washington Post.

"Going Dark remains a serious problem for the FBI, as well as other federal, state, local and international law enforcement partners. ... The FBI will continue pursuing a solution that ensures law enforcement can access evidence of criminal activity with appropriate legal authority."

MacRumors said:
The FBI discovered an error in the method used for counting encrypted smartphones last month, and has not yet completed a full internal audit to determine the correct number.
Click to expand...

... Well obviously they were practicing counting by 7's or 8's... Because, you know, for our protection....
Reactions: Breaking Good, MorganHiller, BeeGood and 7 others
P

I am shocked! (I'm not shocked.) Standard M.O. for them.
Reactions: Breaking Good, BuddyTronic, MorganHiller and 10 others
J

This is like the FBI asking you to not lock your door so they don’t have to kick it in when they are after you.

In the end, we’ll determine that it was actually a billion phones, and that Apple refusing to hand over the keys to the back door cost the country 50 trillion dollars in investigation expenses.
Reactions: Bsgreubel, Breaking Good, tooloud10 and 4 others

What!?! The government lied to make its position seem better?

Did anyone expect something else?
Reactions: Bsgreubel, Breaking Good, Vanilla35 and 9 others
M

How the mighty have fallen. I’m still glad they’re on our side but distrust in the FBI is only growing. This is just like how they wanted to help trump...not spy on him.
Reactions: spiddyman007, BuddyTronic, ksnell and 9 others

This is what happens without oversight.
Reactions: Breaking Good, BuddyTronic, MorganHiller and 12 others

Seems like a strategically timed topic. Is this the first of a long line of criticisms of our intelligence community in light of the new investigation into the Russia investigators?
Reactions: BuddyTronic
A

FBI credibility keeps taking hits lately. We need more oversight of this agency and similar ones in the federal government.
Reactions: Septembersrain, PotatoLeekSoup, ucfgrad93 and 1 other person

Go home FBI, you're drunk.
Good lord can they take a break and stop stepping on their own d---- for a little while.
Reactions: BuddyTronic, PotatoLeekSoup, Strozzascotte and 1 other person

I think the FBI is too busy violating attorney-client privileges, shredding documents, and bit bleaching text messages between anti-Trump "agents with benefits" to waste time getting an accurate count on cell phones. Besides, the grossly exaggerated number made their case for backdoors look better. Its funny how all their "mistakes" always seem to benefit their side of the argument. In statistics, when numbers are consistently off in the same direction it is called "bias."

Too bad we don't have an Attorney General to provide some adult supervision, this agency desperately needs it.
Reactions: Septembersrain, ksnell, brendu and 4 others

The actual number seems moot. Questions like this should be about "allowed" or "not allowed", it doesn't make a difference how many there are.

I've an opinion on which way it should be, but I suspect someone who disagrees with me also feels like this is about one as much as it's about many.
Last edited: May 22, 2018
Reactions: raqball and thisisnotmyname

Aloft085 said:
FBI credibility keeps taking hits lately. We need more oversight of this agency and similar ones in the federal government.
Click to expand...

FBI? Credibility? The United States' intelligence agencies have long and dubious histories, all of them. Every now and again they earn their keep, but generally, they're staffed by bureaucrats and run by narcissists. The U.S. intelligence apparatus would turn itself into the Gestapo if it could (and may very well do so, given enough time).

..and while this 'going dark' is a constant issue for the FBI, they still have been able to solve those crimes..

Go figure Although i welcome getting into devices *may* solve issues, there is another way,,, its not the *only* way.
Reactions: Breaking Good and thisisnotmyname

Those great technical experts, can't select distinct across several tables but can tell us how to secure our technology from everyone except them.
Reactions: Breaking Good, mwined and drumcat
F

Plutonius said:
This is what happens without oversight.
Click to expand...

Who will do that? Another gov agency? The state will oversee itself to make sure it behaves, yeah that has always worked in the past.
Reactions: miniyou64

Aloft085 said:
FBI credibility keeps taking hits lately. We need more oversight of this agency and similar ones in the federal government.
Click to expand...

There is oversight....Congress. And they are finally growing a pair and FORCING them to cooperate with everything. About time......these unelected bureaucracies are becoming a problem for us, the average Citizen that pays taxes.....time to reign them in.
Reactions: brendu, DoctorTech, David G. and 1 other person

Plutonius said:
This is what happens without oversight.
Click to expand...

FrenchRoasted said:
Who will do that?
Click to expand...


The pop culture reference may seem glib, but its essence is more true than most of us would like to believe.

Is this fuzzy math?