It's amazing how far we have come...


my samsung e317 that i just recently got is holding up pretty well.. good stuff

My parents used to have a phone that was connect to a pack, like in the Army. It was bigger and heavier than my mom's purse
Comment

I still have a brick that I activate from time to time, just for fun. Gets more looks and better reception that a lot of modern phones, I'll tell you what!
Comment

I've seen bigger
One where the battery was separate, and it had a carry handle - about the size of a breif case!
Comment

This is the first one that I ever had the experience of using . . . my Dad bought it for farm business, and it was a frightfully expensive machine. They called it 'transportable' since it came with a shoulder strap. 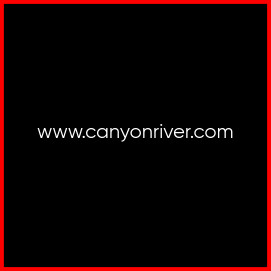 
dvdh said:
This is the first one that I ever had the experience of using . . . my Dad bought it for farm business, and it was a frightfully expensive machine. They called it 'transportable' since it came with a shoulder strap.

That's the one my parents had! God that thing was a hassle.
Comment
A

appleretailguy said:
That's the one my parents had! God that thing was a hassle.
Click to expand...

My Dad actually used to have something even older than a cell phone built into a console in his van. (No, not a CB although he did have one of those in his truck) it was a radiotelephone I think?
Comment
V

hehe, yep, i remember those big things. my dad had one that he carried in a bag. the battery had a separate compartment from the phone and it plugged into the cigarette lighter or something...and there was a rather large antenna that had to be suction cupped onto the hood of the car to get reception.
Comment
C

We had a later version of that "brick". It was only around $200 when I bought it. Bell Atlantic and Contel were ripping us off horribly for intraLATA calls, whereas they were local for cell. We saved a lot of money, even back then.

I think the "bag phones" dvdh showed came before the "brick". You sometimes come across them at thrift stores for a buck or two. I think it's a good idea to get one and stick it someplace in your car trunk. In an emergency, you can use it to call 911; they have better range than the pocket digital phones.
Comment

How did those get reception, did they still use what we now know as "Cell Towers" or was there other means to transmit?
Comment

mmm.. I remember my first mobile phone, a motorola, WTH of a brick but at the time it was cool and nice, less than 1 hour battery life . I did like it.
Comment

I don't remember much about it as I was just a wee little thing, but my dad's mobile cost around $2000 and it was a Motorola. It was huge, but it didn't come with its own separate handbag.
Comment
You must log in or register to reply here.
Share:
Facebook Twitter Reddit Email Link

M
Can't wait true test of how much traffic the internet can handle!

Is it true if you are infected and then recover that you are immune from being infected again?

How can we get help with Dealing with ATT and a lost returned phone?