Fitbit is gearing up to launch a "proper" smartwatch as a competitor to the Apple Watch, which will include mobile payments features, a full app store, and more, in addition to Fitbit's usual health and fitness features. While that product is predicted to launch sometime this fall -- likely going head-to-head with Apple Watch Series 3 -- a new report from Yahoo Finance today has depicted a troubled road to launch for Fitbit's smartwatch, as well as revealing the company's potential emergence in the Bluetooth earphone market.

Yahoo Finance's report states that Fitbit intends to launch its own pair of fitness-focused Bluetooth earphones, which is believed to help the company expand beyond the wrist and diversify its product lineup. Fitbit's device is said to be "similar in design" to the BeatsX Earphones that Apple launched earlier this year. The Fitbit earphones "will hang around your neck" and launch alongside the new smartwatch in two colors called "Nightfall Blue" and "Lunar Gray."

According to sources speaking with Yahoo Finance, Fitbit's smartwatch was initially launching this spring, but GPS problems due to antenna positioning in a few prototypes delayed production to the fall. Additionally, waterproofing became an issue in production, and today's report even noted that "it's still unclear as of the publication of this article whether the device will launch with the waterproof feature."

If it isn't waterproof, critics may perceive it to be an inferior product to Apple's -- especially given that the device will launch roughly a year after the Apple Watch Series 2.

"Regardless of whether Fitbit manages to make it waterproof, I think they have to release the watch later this year," one of our sources familiar with the matter told Yahoo Finance. "It's literally sink or swim time for them."
Click to expand...

Fitbit's smartwatch is said to include a color display with peak brightness of 1,000 nits, which would make it comparable to Apple Watch Series 2. Similar features that will make it a competitor to Apple and other Android Wear watches are heart-rate monitoring, NFC payments, and on-board music storage (using Pandora on Fitbit). Fitbit could see a slight edge over Apple in the battery life department, with a reported four full days of charge capable on the smartwatch.

Fitbit's device is predicted to cost around $300 and will be housed in an aluminum unibody design that allows users to swap out bands of different styles and colors. Those who have seen a glimpse of the Fitbit smartwatch prototype compare it to the company's current product, the Fitbit Blaze. 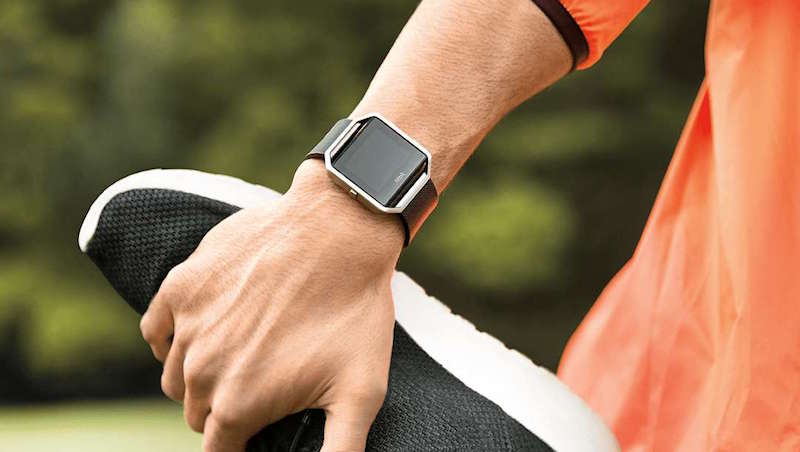 "It was very retro-looking with the lines and stuff -- definitely not sexy," one source told Yahoo Finance. Several employees who saw the design complained about it, the source said.
Click to expand...

To help enter the crowded smartwatch field, Fitbit recently acquired luxury smartwatch maker Vector Watch, as well as popular wearable company Pebble. Fitbit noted that the company is aware there is "a lot of interest in our entry into the smartwatch category," but gave no comments regarding today's news.

Fitbit has had a rough couple of months, ranging from being accused of stealing trade secrets, to facing one of its "largest declines ever" in the fourth quarter of 2016, which resulted in layoffs of about 6 percent of its staff. Although the company remained above Apple Watch in sheer number of units shipped, it has slowly begun losing market share to rivals Apple and Xiaomi.

As a shareholder in Fitbit, I'm incredibly disappointed. They've really messed it all up.

It's one thing to face fierce competition but their production problems are the biggest problem.
Reactions: 480951, jeabraham and Avieshek
B

I love my Blaze!

All good. Competition is needed.

Going up against Apple has to be a hard way to make a living. Apple continues to be able to command high dollar for their products, and reap large returns while competitors try to make it up in volume.

Santabean2000 said:
All good. Competition is needed.
Click to expand...

Actually, Fitbit has been buying the competition with Pebble and Vector, which makes me think they want to control part of this shaky wearable market in the grand scheme of things. Rather that pay off or not, is yet to be determined. Aside from production issues, I think Fitbit knows it needs to step outside the Smart/Fitness Watch market.

Many of the Fitbit wearers I know like Fitbit over the Apple Watch for its simplicity and small size. If they wanted an Apple Watch they would have bought one.
Reactions: jeabraham and rvinny
J

So many people talked smack about the Apple Watch's design upon its release, but in 2 years, nobody else has been able to top it in terms of real-life aesthetics. There have been many that managed to take lovely product photos, but then it turns out in person the device is comically large or a chunk of the screen doesn't light up or everything is pixellated and crappy.
Reactions: DemetriJ, Keane16 and Abazigal

Was about to buy a blaze as Apple Watch isn't compatible with android and rather have. A cross OS watch... maybe I'll hold out until the newer one.

Centris 650 said:
Many of the Fitbit wearers I know like Fitbit over the Apple Watch for its simplicity and small size. If they wanted an Apple Watch they would have bought one.
Click to expand...

I was one of those people that bought a Fitbit for the reasons you just mentioned. Smaller, simpler, cheaper.

However, it was one of the most regrettable purchases I've made in a while. Fitbit charge HR literally fell apart in <3 months, they sent another for free but it started to peel apart as well. To truly see your fitness data was a PAIN to open the app and I just stopped caring making it pointless. It cost me $125 and two devices lasted me <6 months. I bought a series 0 stainless Apple Watch for $249 new from Best Buy(after series 2 was released). Actually EASIER and I still fill my rings, use the features, and not one scratch, dent, peel, or breakage. No brainer to me.

But, competition is good. I just don't buy the "folks who buy Fitbit wouldn't buy applewatch" logic. The only thing stopping people is OS and price. IMHO
Reactions: Keane16, Centris 650, djcerla and 1 other person

Fitbit has a great emphasis on fitness, stats, sleep battery and Apple has the design and customisation. They should learn from each other.