In 2020, Bluetooth 5.2 was introduced with support for a new LE Audio specification. At least two Apple employees are listed as participants in the development of LE Audio, and Apple is likely to adopt the specification for use in future devices. 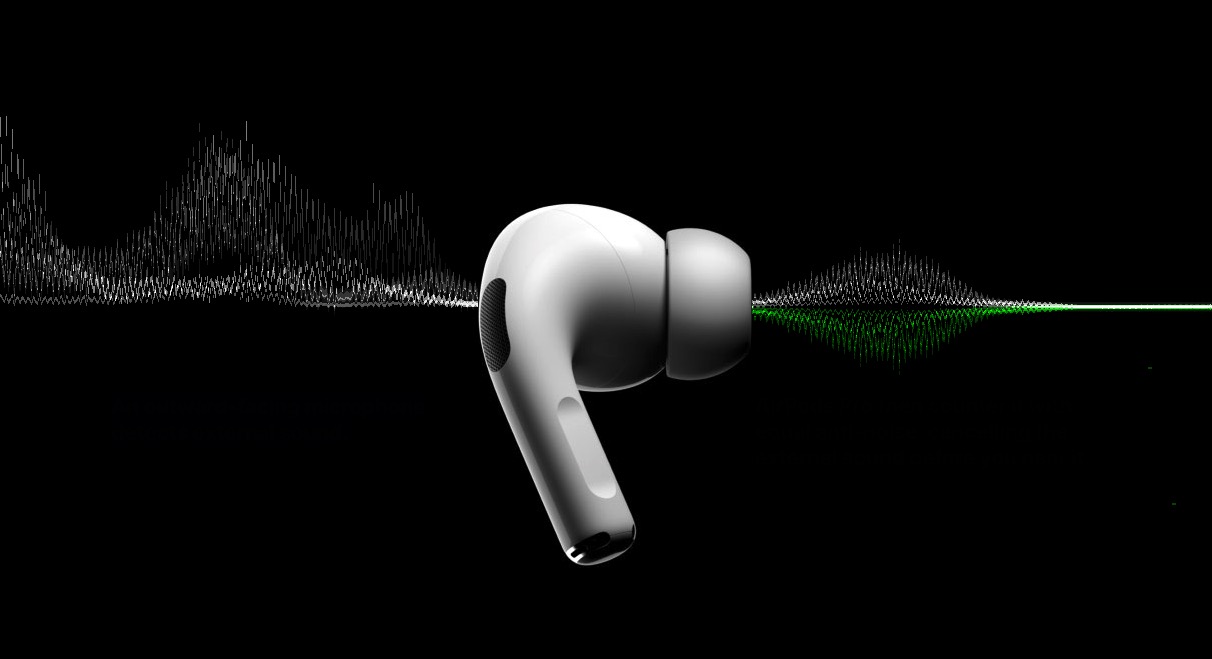 According to a newly published filing in the Bluetooth SIG database, Apple recently had an unknown component with Bluetooth 5.3 support tested. The filing does not reveal any other notable details, but along with a similar filing last month, it suggests that Apple is preparing for future devices with Bluetooth versions that support LE Audio. 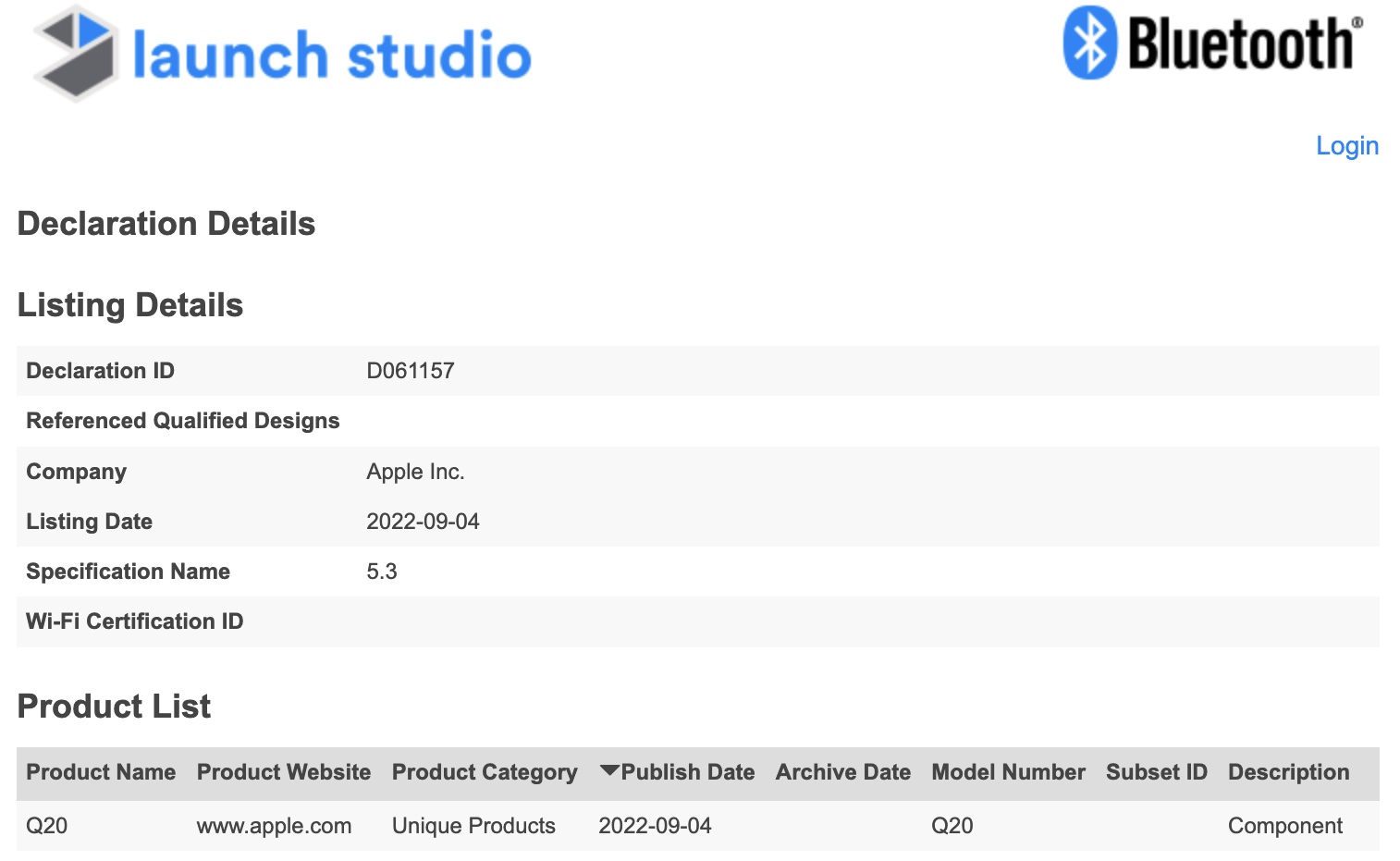 LE Audio would be particularly beneficial for AirPods, such as the second-generation AirPods Pro rumored to launch later this year. Below, we've outlined five benefits that LE Audio would have for future AirPods Pro, assuming that source devices like the iPhone, iPad, and Mac are also upgraded with support for the specification in the future.In July, the Bluetooth SIG said it anticipates availability of products with support for LE Audio to ramp up by the end of 2022.

Really sounds like Apple should have held the $549 AirPods Max until this was ready. This is everything we wanted in AirPods Max and so far it’s rumored that Apple hasn’t even started on AirPods Max 2.
Reactions: mr.bee, addamas, ct2k7 and 10 others

Bluetooth LE simply isn’t enough. It can’t even do lossless standard resolution audio, let alone even dream of doing anything at the high-resolutions offered by Apple Music now. AirPods are not worth getting until they can reliably do bit-perfect 16/44.1 at the very least.
Reactions: djtech42, Hammerd, mr.bee and 14 others
A

I’d love to be able to connect AirPods to two devices at the same time. I’d certainly use SharePlay more. At the moment, it’s annoying having to have the audio play on the TV while you’re on a FaceTime call via AirPods watching something with someone via SharePlay.

Of course, the upcoming iOS 16 SharePlay lets you start SharePlay via iMessage, but I’d still like to have the audio from an Apple TV 4K box to come through AirPods while FaceTiming a friend with that audio also coming through AirPods.
Reactions: xpxp2002 and Si Vis Pacem
L

Uh what ? I thought the AirPods Pro and max already had BT le. Wth Apple

I would take the next Pro’s for improved audio quality alone.
Reactions: UncleMac

No switching alone would make this worth it.
Reactions: ateslik, linkmaster02, icwhatudidthere and 3 others
A

What about safety! Aka Radiation ☢️ how less safer are these compared to the old technology. Cancer? Tumors
Reactions: freedomlinux, JackNL, MacAddict1978 and 10 others
T

appleguy123 said:
Really sounds like Apple should have held the $549 AirPods Max until this was ready. This is everything we wanted in AirPods Max and so far it’s rumored that Apple hasn’t even started on AirPods Max 2.
Click to expand...

This would have prevented them to make you upgrade twice and double their money.
Reactions: MacAddict1978, FriendlyMackle, sorgo and 6 others
I

Aren’t these signals all non-ionizing radiation? Am I missing something?
Reactions: Hammerd, FriendlyMackle, amartinez1660 and 7 others

t0rqx said:
This would have prevented them to make you upgrade twice and double their money.
Click to expand...

That would be almost acceptable if there was anything in the pipeline. The rumor is design hasn’t even started and we usually hear about that at least a year out.
Reactions: amartinez1660 and Sikh
B

And will they include a tin foil hat in the box or will we need to purchase separately?
Reactions: Hammerd, Stargaze, meteoreos and 16 others

Sounds like another way for us to throw out all our current devices and buy new ones.
How would these new buds work with older devices? Probably not.
Reactions: arkitect, Shirasaki and Eldaerenth Faexidor

They let us wait for 3 frickin’ years for the next generation AirPods so I expect nothing more than magic pixie dust kind of sound quality. Really looking forward to the APP though.
Last edited: Sep 3, 2022
Reactions: TheYayAreaLiving 🎗 and sorgo
S

Ability to connect to multiple devices and longer battery life will be great.
Reactions: TheYayAreaLiving 🎗, ImaxGuy and Rradcircless

LC3 isn't better than current AAC in audio quality, and isn't so much better than sh*t house SBC, those hoping for better audio quality on Apple TWS, forget it if it's really LC3 the new codec they will use.

Meanwhile other manufacturers are using high bit rate codecs that uses full Bluetooth potential, they hijack data transfer parts of Bluetooth for higher bitrate audio, LC3 is from same MP3 creator, not matter how good and incredible the compression might be, it will never be any better than chstom codecs because of very low bitrate of Bluetooth LE.
Reactions: Morichan, Caviar_X, FriendlyMackle and 4 others
D

These are non-ionizing radiation. They cannot cause cancer unless they cause heat burns. You would know if that was happening.

Edited: I changed my original post, as I was spreading false information about how ionizing radiation can function.
Last edited: Sep 4, 2022
Reactions: Hammerd, CarAnalogy, R3k and 12 others
S

Sounds great! Can't wait until we see devices with this.
Reactions: TheYayAreaLiving 🎗

Good read about the new codec in general. 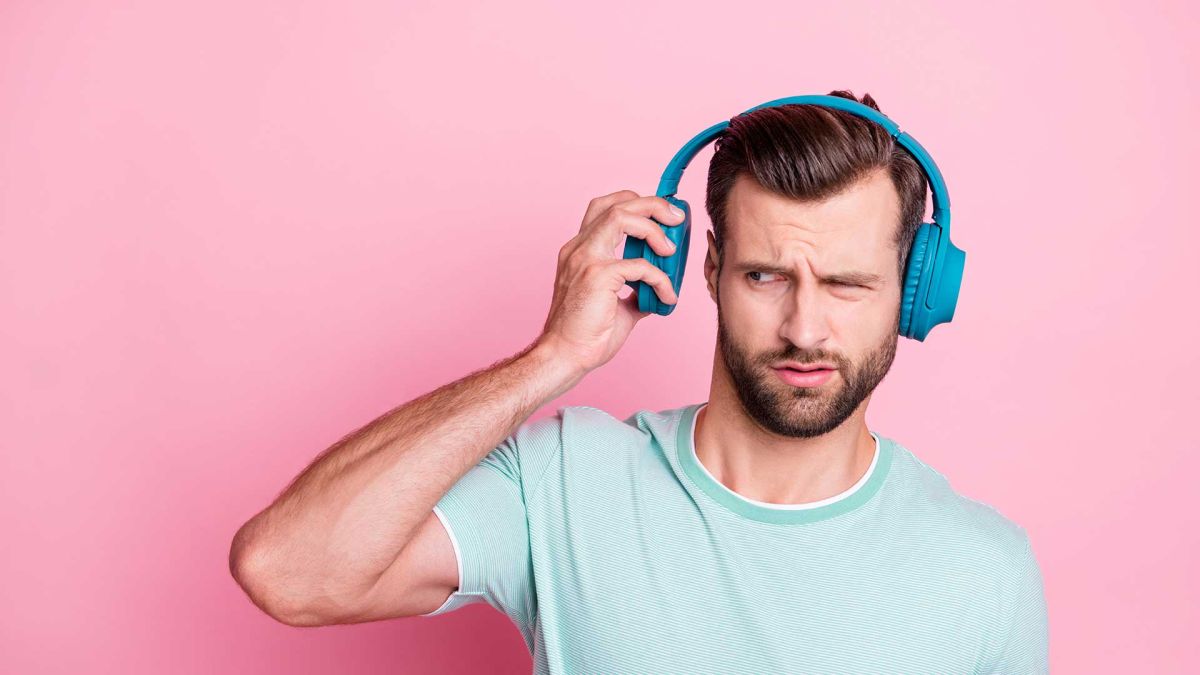 I want lossless support that’s it
Reactions: djtech42, Silverlox, xpxp2002 and 5 others

DoogH said:
Most radiation is non-ionizing beyond a certain distance. For example, Wi-Fi routers are only ionizing within like 6 inches. Bluetooth is ionizing at such a small distance and such a low level that it is meaningless.

There’s a whole bunch of rules around what power and frequency your waves can be that are set by the FCC for safety reasons.

The reason 5G has lots of smaller towers is partially because it would be unsafe for there to be a super powerful 5G radio, because within the first X meters, it would be ionizing.

Unfortunately, a lot of people don’t understand the complexity, and they think more towers = more radiation = cancer…. Or they don’t realize that the frequencies and power levels are chosen to be safe at the distances the products are used.

That being said, there is some SMALL, and I mean VERY SMALL evidence that phones might be ionizing within about 2mm while on a phone call. This has led to some recommendations to hold the phone SLIGHTLY away from your face. But truly, even if it was ionizing, the distance would be so short that you’re probably being exposed to more ionizing radiation from the Sun on a daily basis.

In short, don’t worry about it. The sun is a bigger radiation danger than any electronics you are using.
Click to expand...

Sorry for chiming in here, but the ionization capability of a certain type of radiation is not a function of its traveling distance (nor its intensity), it's exclusively a function of its frequency or more specifically, a function of the energy of each single quantum/photon. For a photon to have an ionizing effect on matter, it must have a sufficiently high frequency (translating to a sufficiently low wavelength). “Sufficient” depends to a certain degree on the type of atom/molecule subject to radiation (some species of atoms/molecules are ionized at lower frequencies than others). The lower threshold for ionization is given by the mid to high UV spectrum range. Every type of radiation above is able to ionize matter (e.g. X-rays, gamma rays, particles from radioactive decay), everything below is not.

WiFi, Bluetooth, microwaves and other low-frequency electromagnetic radiation is NOT able to ionize matter (knocking out electrons from shells) of any kind including living tissue, not even within the first few millimeters, since their respective photons do not exhibit a sufficient energy to do that. They merely are able to excite the electronic (atoms, molecules) as well as vibrational and rotational (molecules) energy levels of the exposed matter. Thus, they certainly are able to deposit energy into the tissue which leads to thermal (and non-thermal) effects on it and this is the subject of ongoing research in terms of radiation hazards to human tissue.
Last edited: Sep 4, 2022
Reactions: Hammerd, RuralJuror, Allen_Wentz and 9 others
1

This should have been Bluetooth 1.0 instead of the utter crap we've had to deal with for decades.
Reactions: amartinez1660
1

I hope it will never arrive just to annoy the esoteric bunch still believing in their unreal hearing abilities.
Reactions: UncleMac, Cesar Battistini, cozxta and 5 others
N