Dong Nguyen, creator of the popular iOS game Flappy Bird, today launched an all-new game on the iOS App Store and Google Play Store called Ninja Spinki Challenges!! [Direct Link] (via TouchArcade). The game is a collection of six mini-games that task users with completing a set of trials centered around training to become a ninja. 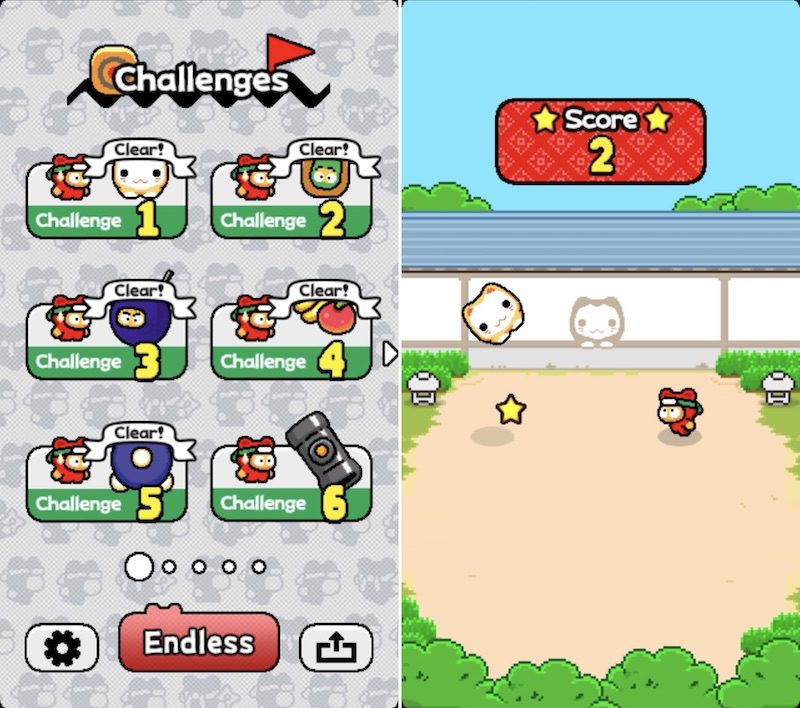 TouchArcade went hands-on with the game earlier this week, and noted that while it's a "kinder" entry in comparison to the difficulty of Flappy Bird, it can "quickly become tough as nails."

I had the chance to try the game a little bit ahead of its release, and while it's certainly a little more polished than Nguyen's previous titles, Spinki's got its creator's fingerprints all over it. The main character is drawn from the cast of Swing Copters, and the gameplay focuses on performing relatively simple actions in increasingly challenging circumstances. At the same time, this is a kinder, gentler game than Nguyen's previous releases, at least initially.
Click to expand...

After a boom of social media attention surrounding Flappy Bird back in 2014, Nguyen quickly removed the game from the App Store because he believed it became an "addictive product" for all of the players devoted to beating their high scores. The game's popularity reached such heights that Apple began rejecting apps on the App Store with "Flappy" in the title, because they were attempting to "leverage a popular app" to gain success.

The drama surrounding the game began in the first half of 2014, and in August of that year Nguyen released a spiritual successor to Flappy Bird called Swing Copters [Direct Link], which got a sequel [Direct Link] in 2015.

Imagine if Zuckerberg killed off Facebook because it has wasted more human time and potential than anything ever made.
Reactions: ILikeAllOS, Cameroncafe10a, nburwell and 1 other person

Imagine if Zuckerberg killed off Facebook because it has wasted more human time and potential than anything ever made.
Click to expand...

World would be better now. By far!

Imagine if Zuckerberg killed off Facebook because it has wasted more human time and potential than anything ever made.
Click to expand...

hey "winner", when you release such a success, you can easily not withdraw your app and not become a loser
Reactions: mistasopz, TheAppleFairy, chrismail627 and 7 others

This new game is also to fight how addictive games can be. Such a noble saint.

apost.tolis said:
hey "winner", when you release such a success, you can easily not withdraw your app and not become a loser
Click to expand...

Am I a bit envious of the success he squandered? Sure, but this developer certainly deserves the mockery and the criticism because it seems like he's chasing the same success that he rejected, and now success is rejected him.

It's like this one kid I knew in high school who was 7'4" and he kept saying just because he's tall doesn't mean he wants to play basketball. He got a full scholarship from a division one school regardless, dropped out and never stayed in shape and now he's broke with no degree.

Sometimes when God goes out of his way to bless you extra, you thank him and you take it.
Z

The visuals are not so good not impressed

He did an interview with rolling stone about it and it was pretty interesting. It's not as cut and dry as many might assume.

Didn't this guy live with his parents in Hanoi when Flappy Bird took off? I've never believed people who say 'it isn't about the money' but maybe for this guy it was actually true.
W

Still waiting for an iOS game that:
1. Can command my attention
2. Doesn't suck
3. Is not a port of an existing, already great game (GTA, KOTOR, etc)

It might be my overbearing cynicism, but most iOS games sure seem to be straight garbage. It's almost as if developers are actively TRYING to hold back their iOS offerings (see Mario Run).
Reactions: Mike Oxard
S