Focus Keeper is a new Pomodoro timer that tracks your Pomodoros. If you need simple & intuitive Pomodoro timer with tracking ability, I think this app will meet your needs. It's also highly customisable with delightful ticking and alarming sounds. 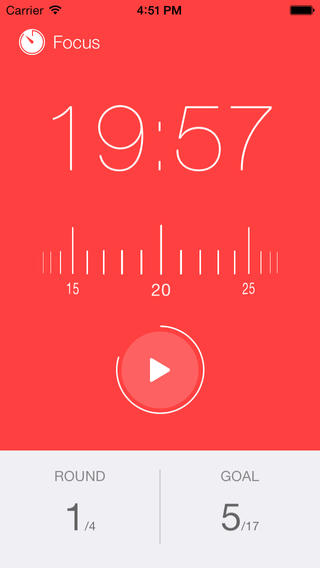 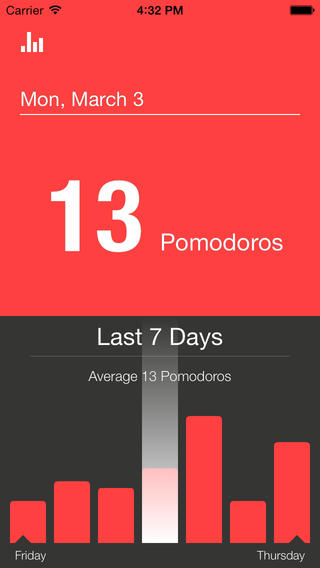 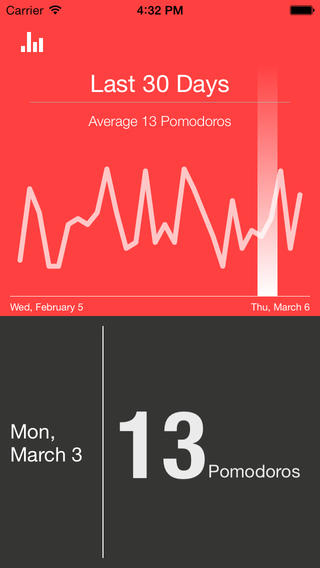 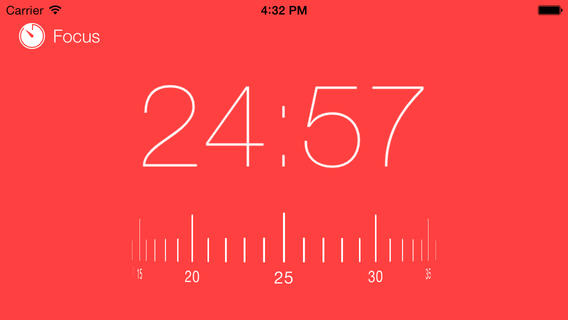 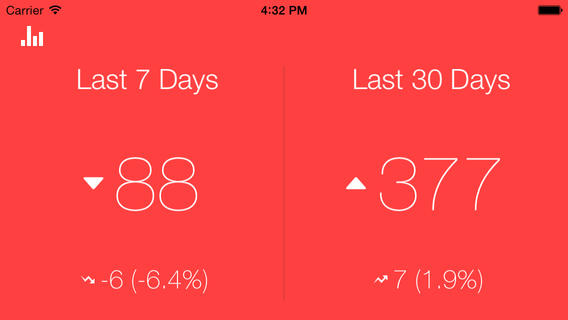 Here is some promotion codes if you'd like to try it out!


Thanks for taking a look!
L

Thanks for promo codes! Used the first one (WMHYM7TXNFL3).

Initial impressions are that it's very nicely designed. I like that it had a simple tutorial outlining all the basic functions upon the first opening of the app. The interface is clean and simple with big buttons and easy to read text. The sounds are also nice and subtle.

I've been trying to ease my way into using a Pomodoro timer on my computer for computer related tasks but I've also been looking for a good alternative for the times when I don't want to have my computer on. So far this app is looking like a good contender.
Comment
M

Thank you for the promo codes. Looks like a beautiful app... I will give it a try and rate
Comment

I have been looking for an app for my iPhone 5s for a week or two to practice the Pomodoro Technique and this is exactly what I wanted, but I think I found one minor glitch.

If I turn off "Prevent screen lock" under "Options", then my timer stops at exactly 20:59 each time my screen goes to sleep. I tried the app on my wife's iPhone 5s and it stops at the same time. I'm guessing this might be related to the "Background App Refresh" functionality of the iPhone, since that page states the following:

Some apps can continue to run for a short period of time and are then set to a suspended state so they are not actively in use, open, or taking up system resources. They will instantly launch when you return to them.
Click to expand...

It seems like the short period of time they mention is 5 minutes before Focus Keeper is suspended. If I allow the screen to turn itself off after 1 minute via the "Auto-Lock" feature under "Settings > General" under iOS 7.1 it always stops at 20:59. I also noticed that when I unlock my screen the app is closed and I am back at the home screen. I have to touch the icon again to get back into it or go to the multitasking area to start it again. When I do it is paused at 20:59 instead of continuing to run in the background.

I don't really want or need the timer to be running with the screen on all the time, since it is going to drain my iPhone's battery if I use it all day long. I would much rather have it run in the background while the screen is off and then just alert me via a notification when my current pomodoro is complete.

If this little glitch could be fixed, then the app would be almost perfect. The only other thing that would make it even better would be if there was a matching app for Mac OS X that could sync via iCloud, Dropbox or some other service my pomodoros. Then I wouldn't have to use the iPhone app when I am working on my computer.

One more thing, I hope swlime reads this message, since I couldn't find any other way to contact them online. The website link on iTunes under the app ( http://www.limepresso.com ) never loads. I also searched on Twitter and Facebook to try to find "limepresso" or accounts related to "Focus Keeper", but couldn't find any. The closest I found was the Facebook and Twitter pages for Pocket Calendar ( https://www.facebook.com/PocketCalendar and http://twitter.com/pocketcalendar ) that I think swlime also developed based on their two other posts here at MacRumors and iTunes saying it was also by Limepresso.

I like the Focus Keeper app and would like to recommend it to my friends that are also web design and developers that may like to use it, but it is hard to recommend it when there is no way to contact support if we have a problem. I thought about writing a review and posting it to iTunes, but don't think that is the right place to post bad comments that may damage the reputation of the app for a glitch that can probably be easily fixed.

Thank you for making a great app and it is exactly what I have been looking for if you can fix the timer stopping at 20:59 problem and give us a way to contact you for support.
Comment
N

cnc137 said:
Thank you for making a great app and it is exactly what I have been looking for if you can fix the timer stopping at 20:59 problem and give us a way to contact you for support.
Click to expand...

Not much to add to this great write up other than I agree with everything you said.

Waiting for some feedback from swlime. I know he's browsed the forum recently, so a response would be nice. I tried to send him a PM but he's disabled the feature (this guy really doesn't want to be contacted lol!)
Comment
M