OK So someone has sent me a presentation movie. It's 4.3GB and so won't go onto any of my FAT32 sticks.

Now I want to be able to view/show it on my TV, which has no USB port, but I have a Sumvision Cyclone media player. This apparently won't read exFAT memory sticks, so that route isn't going to work.

Is there a format i can convert the usb stick to that will allow me to transfer files onto it from my mac - over the 4GB limit, which isn't the exFAT way?

Apparently the player can read NTFS sticks, but macs can't write to them?

I've asked the guy who provided the file if he has a smaller version, but I probably won't hear from him until Monday now. The other route I guess, would be to try to reduce the file size somehow.... anyone know how I might do that, only shave a small amount of the size?

Did you try to just use MS-DOS (FAT) instead of ExFAT in Disk Utility? I think it's a newer version of FAT32 what doesn't have that limit.

I could split my 1TB HDD in two partitions and use FAT32 for the second one. And I already tried that without any problem. But I don't know if it can be read by every device.

You could also install the Trial Version of Paragon NTFS. Everything beneath the marked line showed up in Disk Utility after installing Paragon drivers for NTFS and EXT. 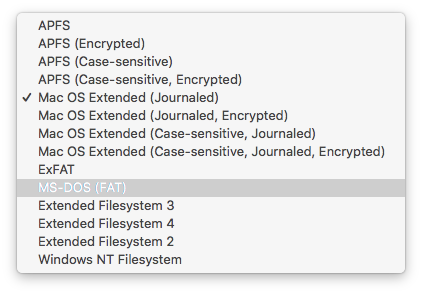 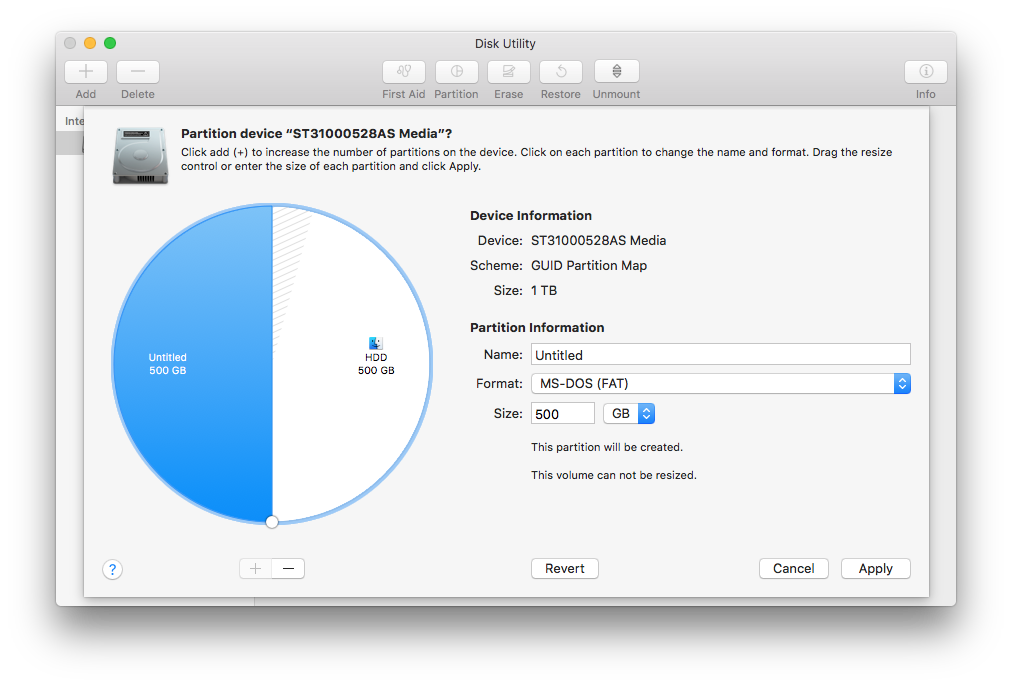 When I select MS-DOS in the erase/format window, it says MS-DOS(FAT32) When I get info...
[doublepost=1499539574][/doublepost]And it still won't take more than 4GB. I'm trying something now, which may or may not work. I've right-clicked the file and hit 'compress'. If it compresses to around or below the 4GB limit, could I copy it onto the stick, then unstuffy it, and delete the compressed version? Worth a shot... probably won't go below 4GB though....
Comment
P

If you cannot use Exfat then try to find a NTFS driver for OSX.
Comment
K

You may be able to compress the file using Handbrake. It's fairly adjustable (amount of compression/bit rate/resolution/etc.)
Reactions: Boyd01
Comment

kohlson said:
You may be able to compress the file using Handbrake. It's fairly adjustable (amount of compression/bit rate/resolution/etc.)
Click to expand...

That would also be my suggestion, depending on exactly what your file is.
Comment
M

I gave up in the end. Handbrake was gonna take 10 hours, so I'm getting the guy to send a smaller version of the file now it's Monday.

I find Handbrake excellent. I can adjust video screen size and the amount of video and auto compression I need depending on the use. You only need a small amount of compression to get under your 4gb so if you drag the needle to the left a bit I'm sure you'll find a setting that is far less than 10 hours. You can also adjust the screen size a bit smaller to speed things up. Handbrake runs unattended so kick it off at dinner and let it run overnight if you have to.
Reactions: Boyd01
Comment
You must log in or register to reply here.
Share:
Facebook Twitter Reddit Email Share Link
Register on MacRumors! This sidebar will go away, and you'll see fewer ads.
Sign Up
Top Bottom