Hey guys, Tom Lube here with another review. I was contacted by a really nice company called “Onu Mall” about reviewing one of their products… so here we are. I got one of the glass screen protectors from them for the iPhone 6 (they offer a crazy amount of stuff, so I browsed for quite a while until I found it) which I will link at the end of the review if you’re curious enough to care. 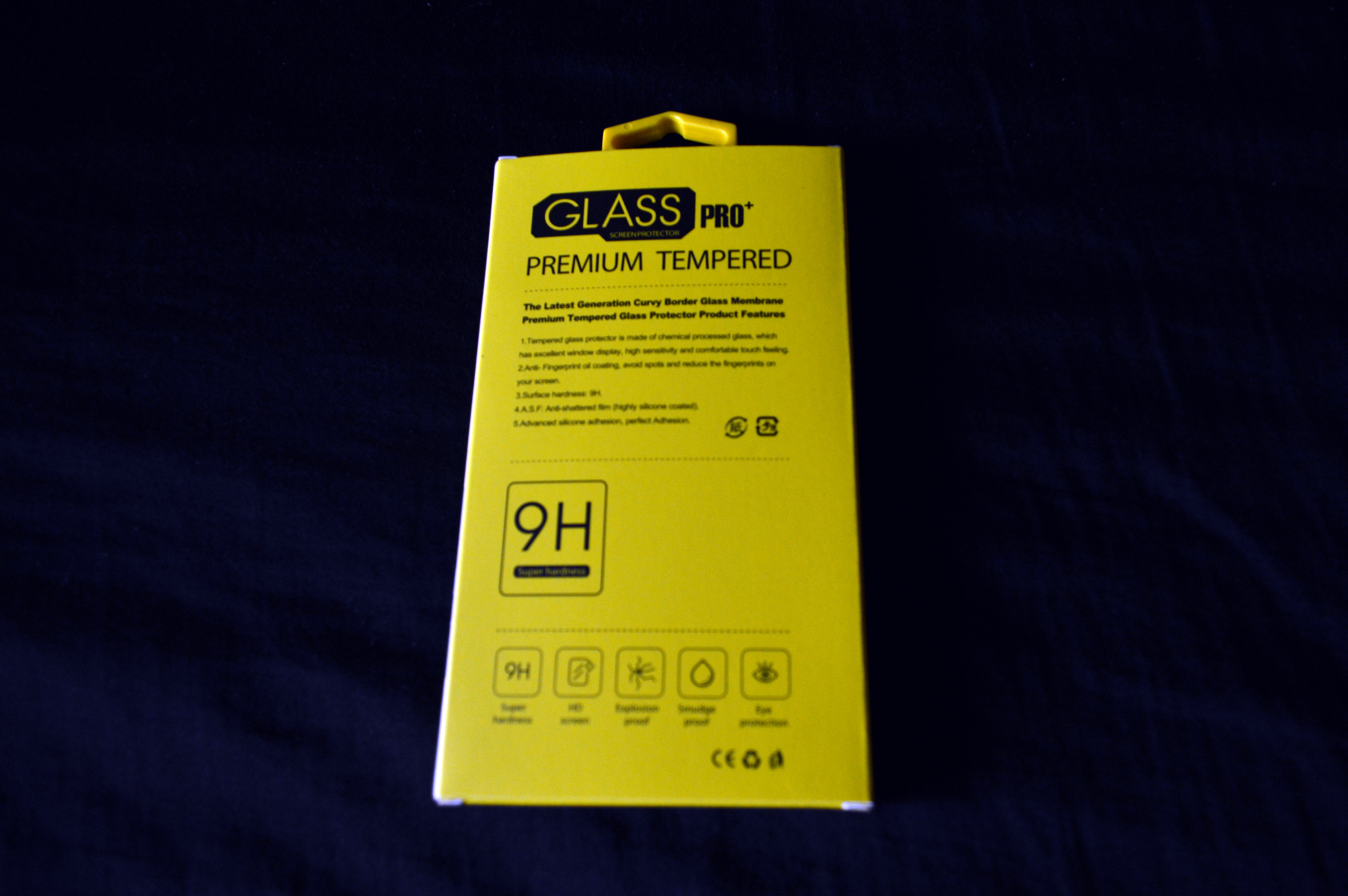 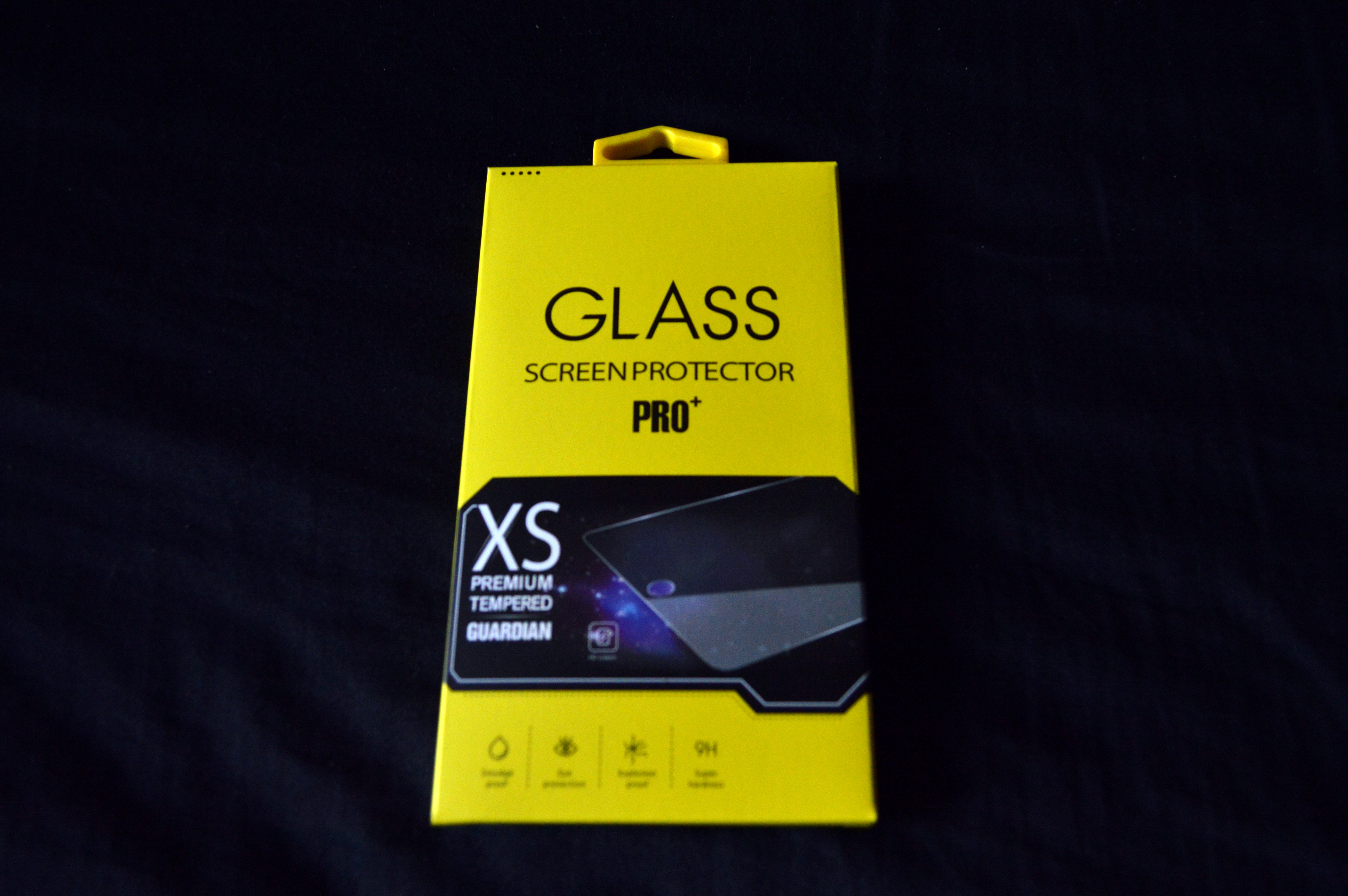 The box itself is actually quite professional looking and while I have a lot of respect for any manufacturer, I wasn’t particularly expecting some amazing quality, so this actually assuaged my worry of any ‘average’ quality a little bit. Let’s open it up though! 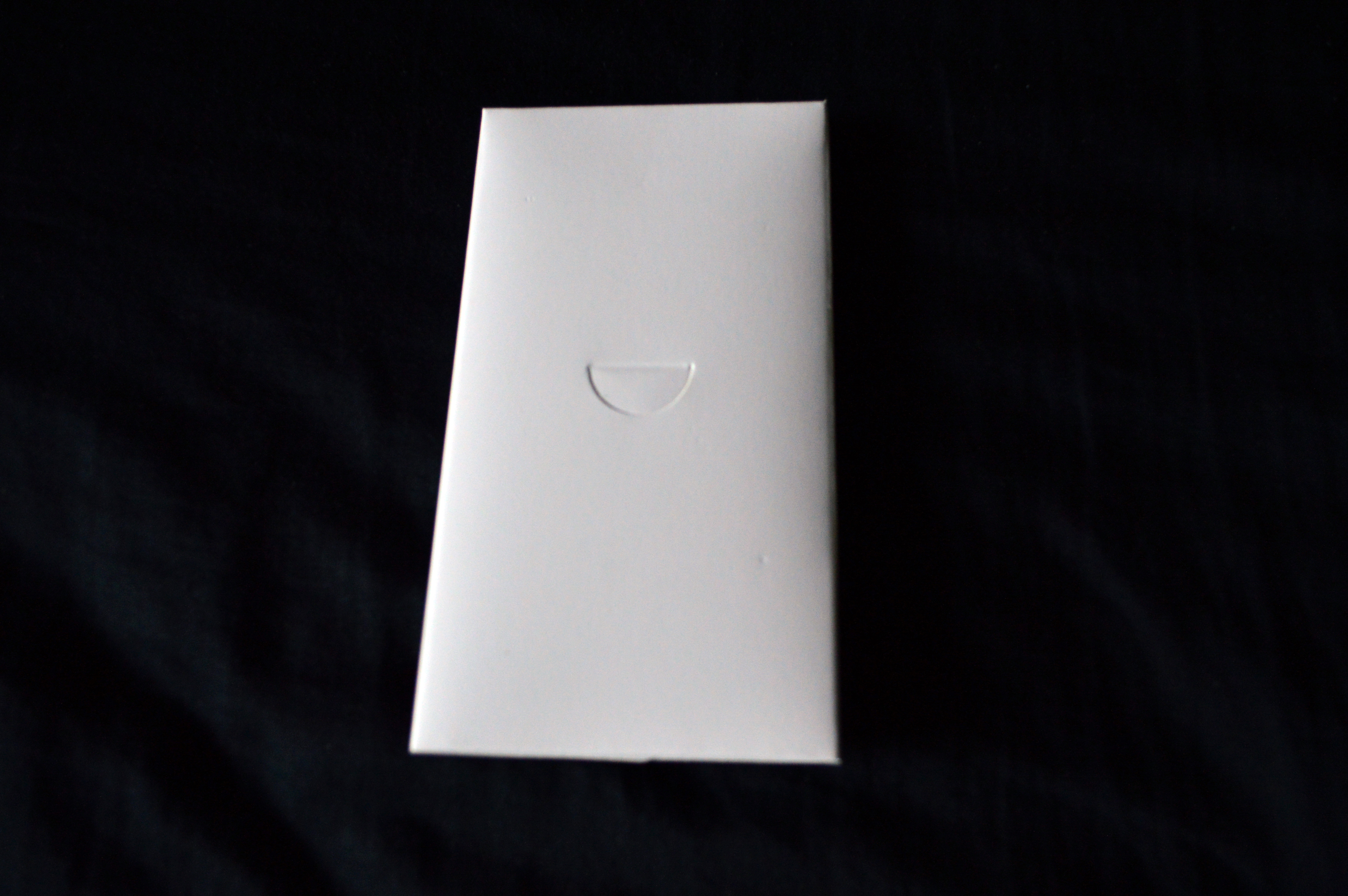 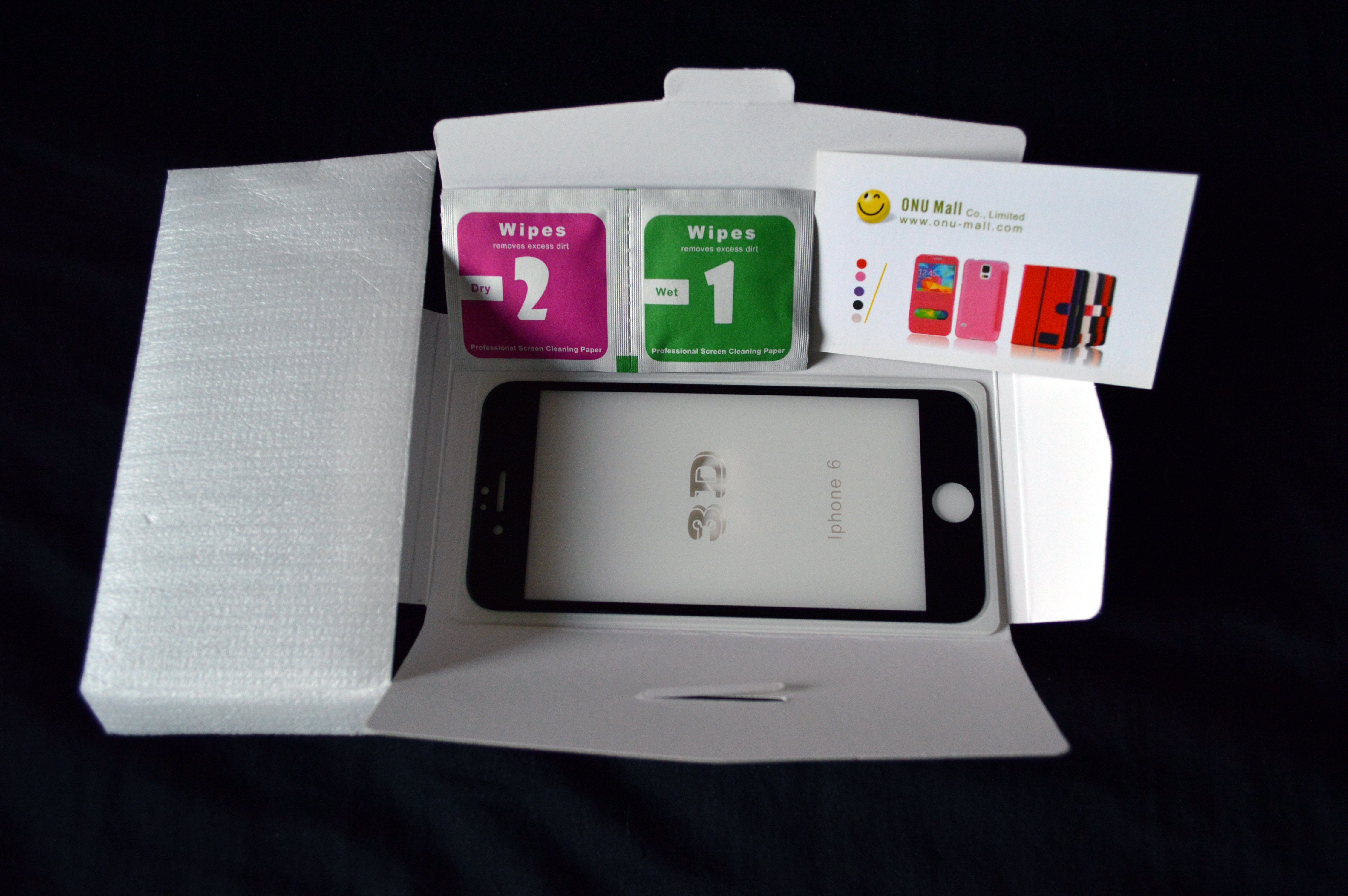 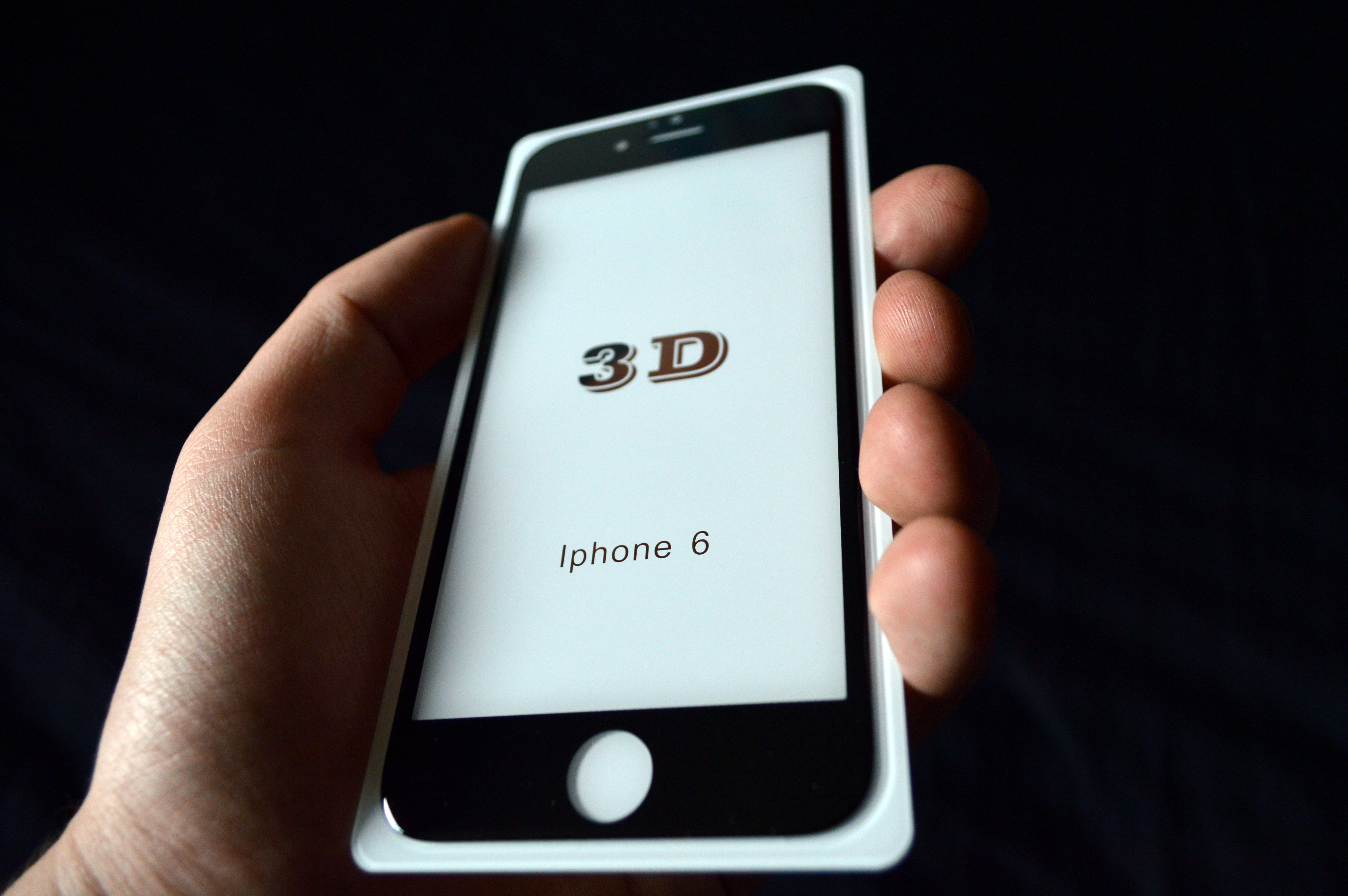 The inside has a neat little package that reminds me a lot of the instructions packet that iPhone boxes themselves have (I don’t think this was an accident!). When I opened it, I was greeted by a 2 step wipe (wet then dry) and the screen protector itself. I took one look at this thing and touched it to see how it felt and just kinda stood back and said ‘damn.’ 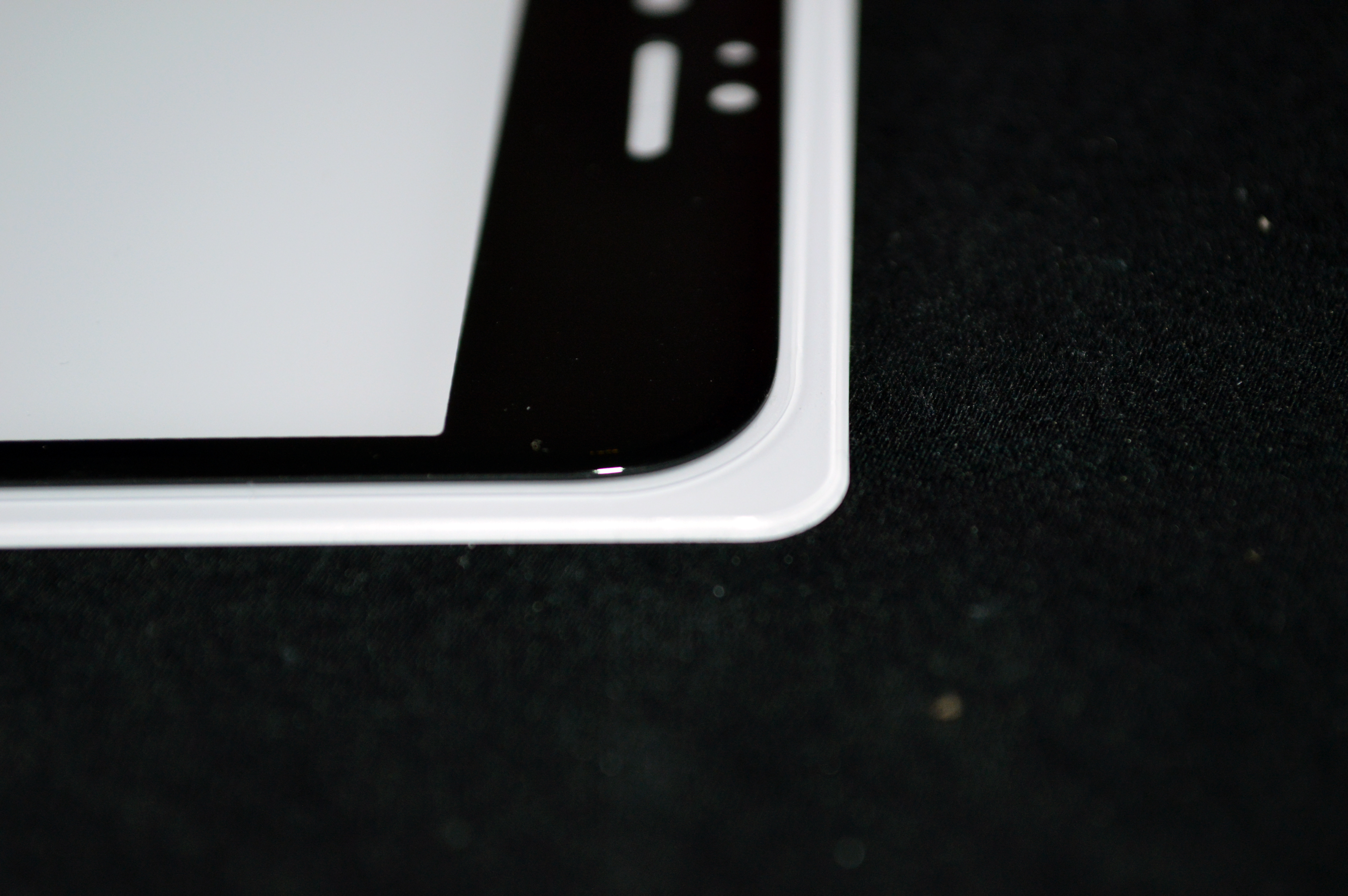 Make no mistake. This screen protector is nice. It looks nice. It feels nice. It doesn’t have any earmarks of MANY cheap screen protectors I’ve used in the past (such as feeling ‘sticky’, scratching very easily in normal usage with your hands, etc).

Most importantly, it actually curves over the edge of the phone correctly and perfectly, which I have never actually seen on a glass screen protector. I’ve seen some weird ‘glass/metal’ hybrids which do it, but this one is one solid piece of uninterrupted glass and it feels great as a result. Screen input is unaffected (again, an issue I’ve had with some cheap protectors) and I can swipe off the screen onto the screen to invoke Control Centre/Notification Centre like it wasn’t there at all.

So how does it look? Well let’s see: 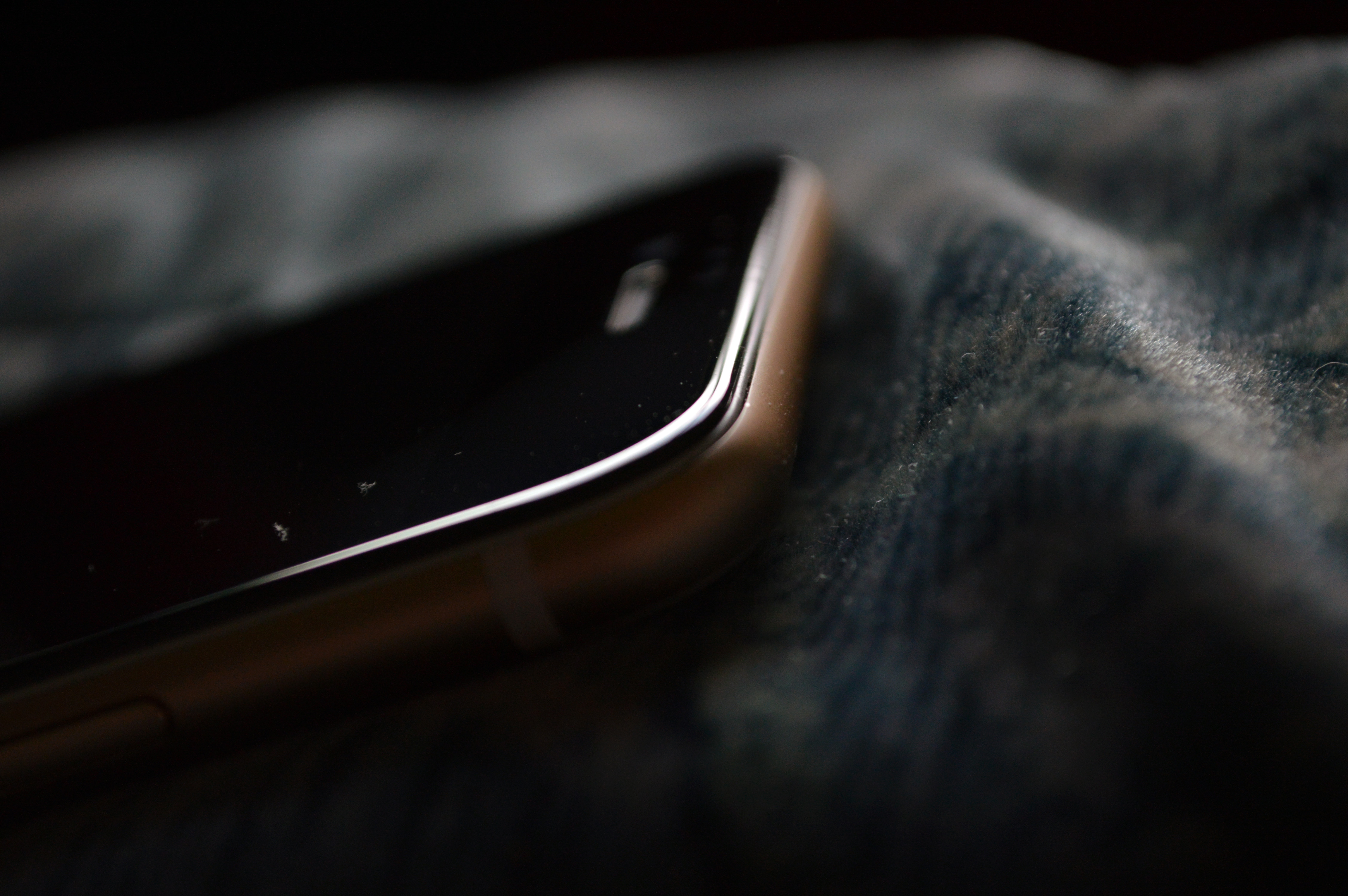 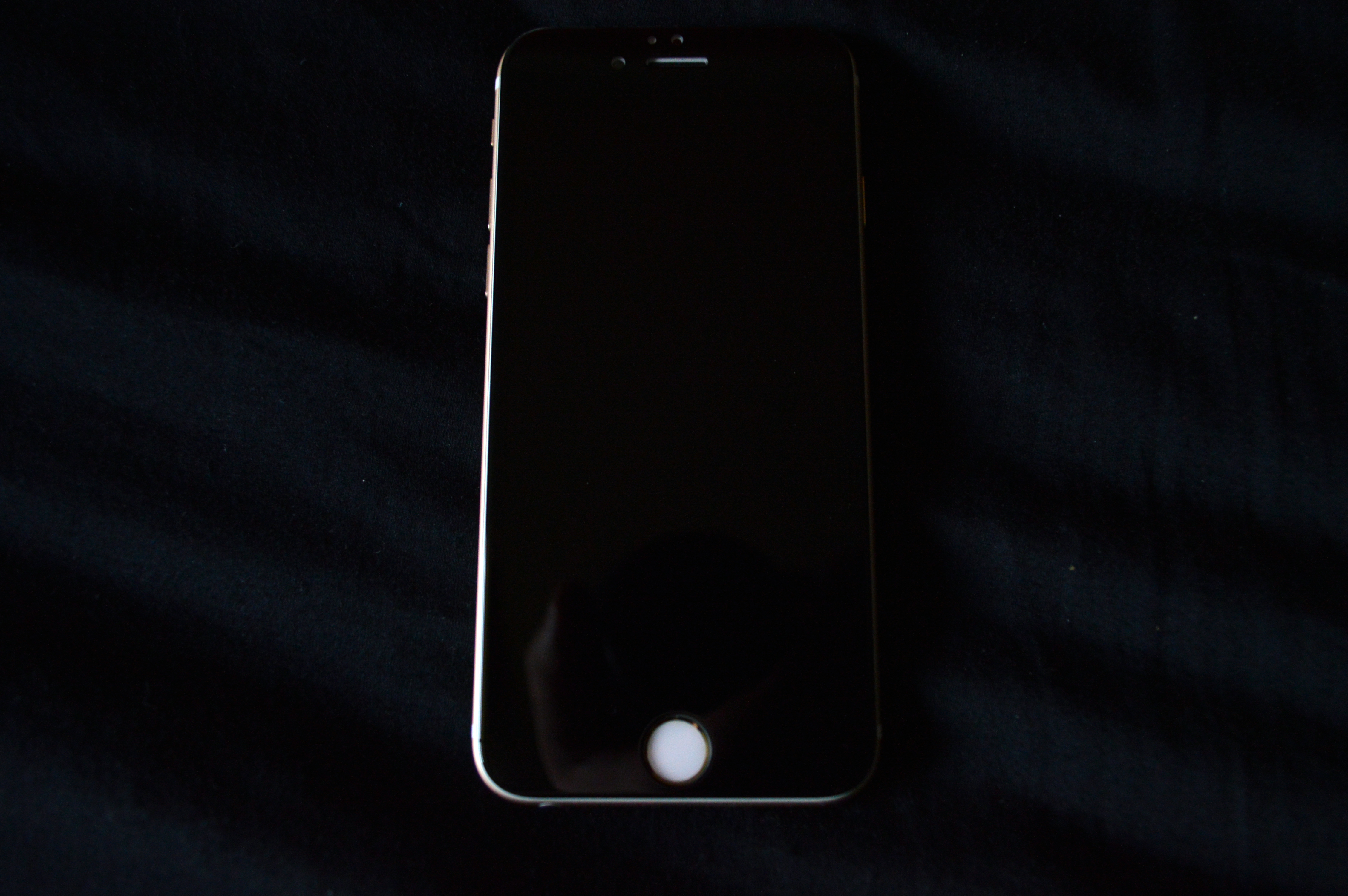 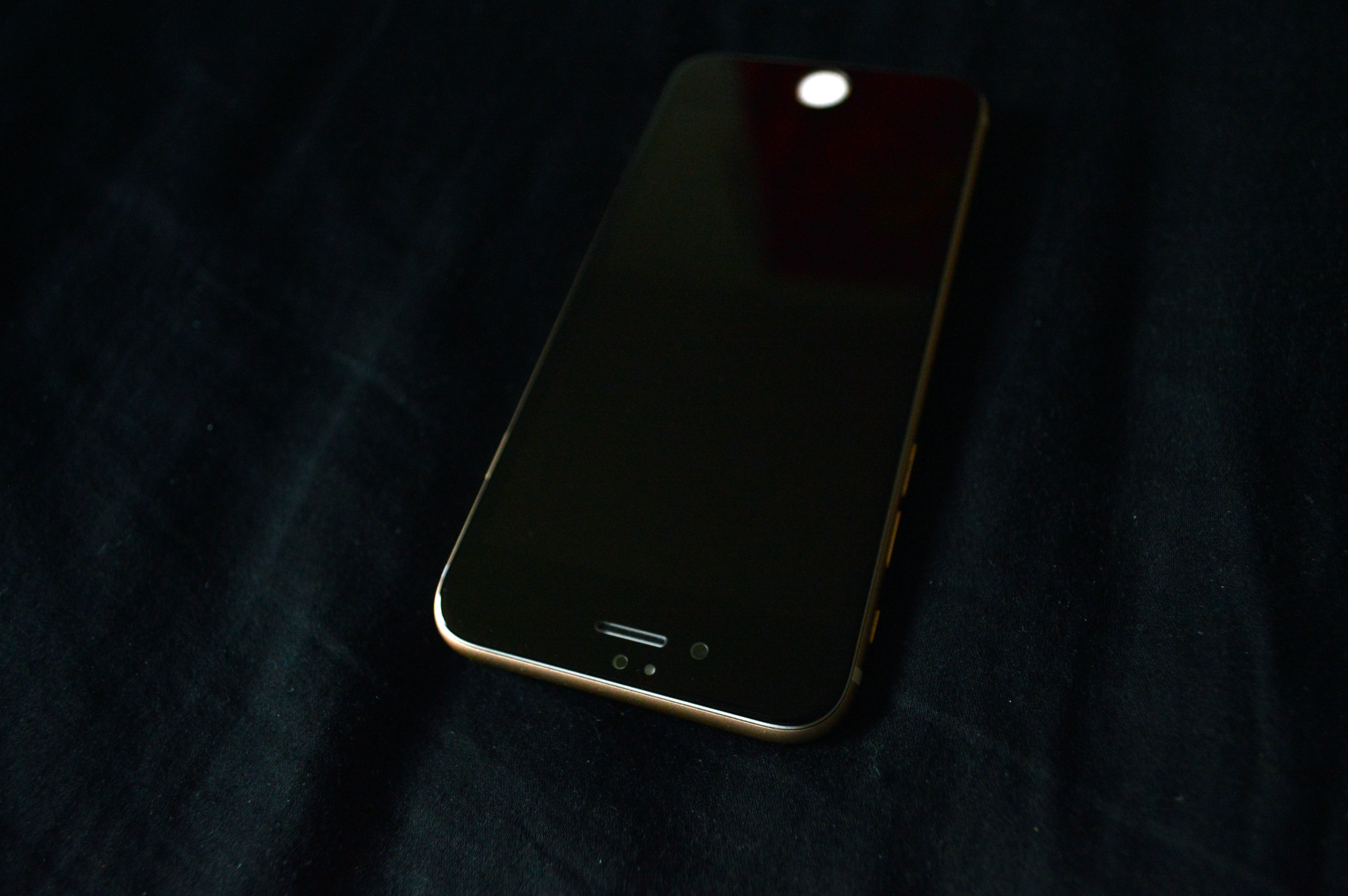 I dunno about you, but I would say the answer is ‘Good.’ I would even say ‘damn good.’ It looks like an OEM screen at first glance, and even at second glance. I already have had people ask me “how do you have a black screen on the gold one?!”


So, for $7,52 shipped, I would have to say that yes, this is a really good screen protector and much better than many that I have paid $20+ for.

Hmmm...I've wondered how well a black protector would cover a white fascia. It works better than I thought it would.

Did you purposely choose to do that?

TheIntruder said:
Hmmm...I've wondered how well a black protector would cover a white fascia. It works better than I thought it would.

Did you purposely choose to do that?
Click to expand...

No, actually. I didn't realise that it was a black cover. However, I'm actually incredibly pleased with the result.
L

Could you please post more bright pictures of the protector? Also, how thin is it?

lucellent said:
Could you please post more bright pictures of the protector? Also, how thin is it?

Oh sorry there is an amazon link: http://www.amazon.com/Coverage-Prot...1DD2RSJ2?ie=UTF8&ref_=cm_cr_ryp_prd_ttl_sol_0

By the way, the amazon link doesn't work

Looks good. Some of the pictures are too dark to tell. That looks like it comes really close to the edge. Nice

lucellent said:
Damn, it looks dope! I wish I knew this before I **** up my screen

By the way, the amazon link doesn't work
Click to expand...

Dunno wtf happened there, sorry. There you are.


OneMike said:
Looks good. Some of the pictures are too dark to tell. That looks like it comes really close to the edge. Nice
Click to expand...