Last month, comedy site Funny or Die announced that it will be releasing iSteve, a 60-75 minute movie based on the life of Steve Jobs, on April 15. The film stars Justin Long, who gained fame among Apple fans for playing the role of "Mac" in the popular "Get a Mac" advertising campaign, in the role of Jobs. 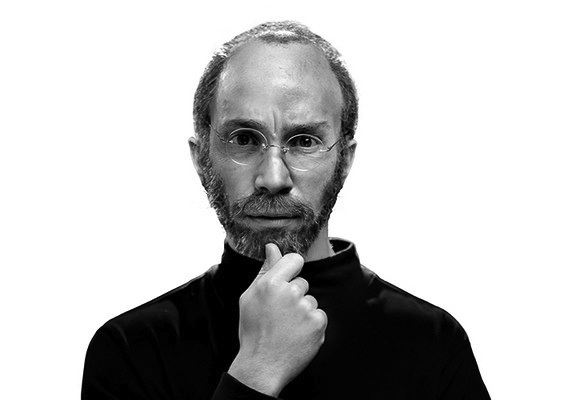 With less than two weeks to go before the film's debut, Funny or Die has now released a teaser trailer for iSteve. The 90-second trailer offers only a brief glimpse of Long as Jobs, instead opting for a focus on audio clips from the film.

iSteve is just one of three films focusing on Steve Jobs due for release, with Ashton Kutcher's Jobs having premiered at the Sundance Film Festival in January but experiencing a delayed public release and Aaron Sorkin's Sony-backed film drawing on material from Walter Isaacson's authorized biography of Jobs yet to begin production. 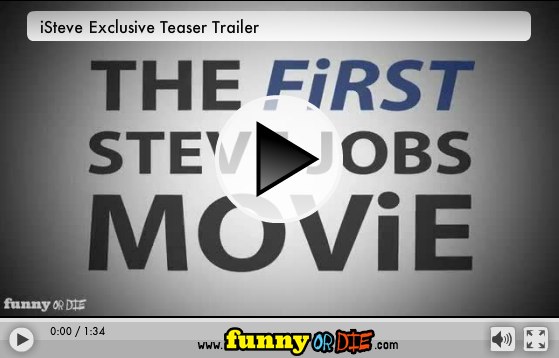 Something makes me think this won't be Insanely Great...

I think it looks kind of funny. But not sure if it mad send to make it so long.

A fake trailer probably would have been enough.

LOVE IT! Love this teaser!
M

Is that suppose to be Steve Jobs or actor Bob Balaban? Lol.
Last edited: Apr 2, 2013

So are they going to have to die now? It seemed like a low-budget straight documentary, not a parody.

spyguy10709 said:
Something makes me think this won't be Insanely Great...

Is Insanely Great a title of something...?

From what I've seen, this is likely to be the best if the three movies about The Steve.

They should have released this yesterday for April Fools. Would have been perfect.
M

Without seeing the final product I am not sure how to react to this. Is it a spoof? Is it supposed to be funny, is it serious? The trailer doesn't come across funny at all, more like a cheesy drama.
O

iSteve is still a good title, thought that back in January:

tech4all said:
iJobs or iSteve would be just as stupid. "Jobs" sounds more solid and less "iToy."
Click to expand...

jOBS just looks like someone left their caps lock on.

Is this supposed to be a comedy? Because the trailer wasn't that funny...The long list of adjectives was the best part, but still not that great.

the Ashton Kutcher one may end up being funnier unintentionally

This grabs me in a way that the Ashton Kutcher film doesn't.

I'm confused, is this suppose to be a comedy or not?
O

If you guys dont' think that trailer is funny than you guys really need to start taking apple less seriously.

uknowimright said:
the Ashton Kutcher one may end up being funnier unintentionally
Click to expand...

johncrab said:
This grabs me in a way that the Ashton Kutcher film doesn't.
Click to expand...

Perhaps this is Ashton's effort rebranded...

O and A said:
If you guys dont' think that trailer is funny than you guys really need to start taking apple less seriously.
Click to expand...

Now there's an idea I can get behind.

I've gotten to watch 2 commercials whose combined length is longer than the trailer. Why are they using adobe flash? Why doesn't the trailer play after I've watched two freakin' commercials? Whatever it is, I doubt it's funny enough for me to watch any more commercials in the hope it will eventually play.
B

I'm a big fan of Justin Long, but this doesn't seem like a great idea. ...yet... I'm pretty sure I'll still end up seeing it.

They delivered on their promise.

(I've got to admit, it looked pretentious and forced. Not funny.)

It's a hacker thing. But the person who chose the name should have realized that the layman wouldn't understand.