A new rumor out of Apple's supply chain over the weekend suggests future iterations of the HomePod could come with 3D-sensing cameras supporting Face ID, similar to the front-facing technology on the iPhone X. Specifically, Inventec Appliances president David Ho mentioned recently that the company sees a trend towards both facial and image recognition technology being incorporated into smart speakers, without specifying which speakers in particular (via Nikkei).

Ho made the comment following Inventec's latest earnings conference, and analysts listening predict that he was likely referring to "the next generation of Apple's HomePod." Inventec Appliances is currently the sole supplier of both Apple's AirPods and HomePod, but also makes Xiaomi smartphones, Fitbit devices, and Sonos speakers, among others. Given the company's ties to Apple, analyst Jeff Pu predicts Ho's comments could suggest a Face ID-enabled HomePod in 2019. 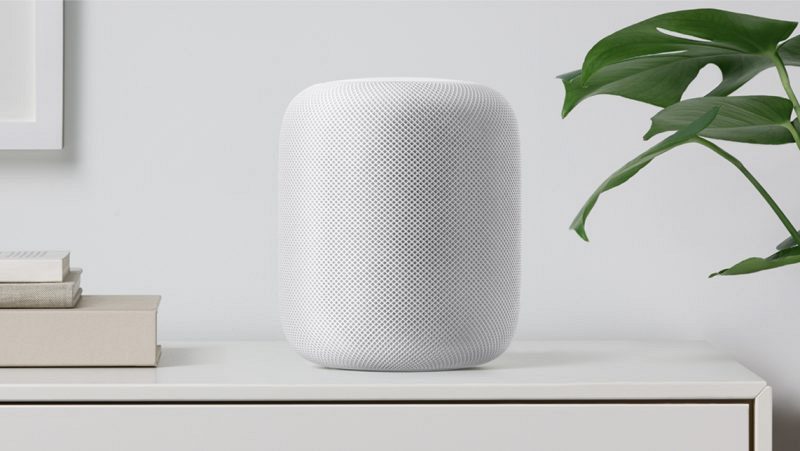 "We see trends that engineers are designing smart speakers that will not only come with voice recognition but also incorporate features such as facial and image recognition," President David Ho told reporters after the company's earnings conference.

Jeff Pu, an analyst at Yuanta Investment Consulting, said Apple could roll out HomePods with 3D-sensing cameras in 2019.
Click to expand...

Ho said that facial recognition features "are set to make people's lives more convenient and to make the product easier to use." He further clarified his comments, however, citing hesitancy about whether smart speakers "with more AI features" would become popular.

HomePod is set to release in December, although Apple has yet to confirm a specific release date for the new device. The upcoming smart speaker was first revealed during WWDC in June, where Apple explained it would be a music-focused speaker with high quality sound, deep Siri integration, and spatial recognition for providing the best sound in any space. Even before it was officially announced, rumors of the device's production were connected to Inventec Appliances.

Over a year before its unveiling at WWDC 2017, Apple's "Siri Speaker" was rumored to include facial recognition of some kind as another leg up on competing Echo products from Amazon. At the time, sources with knowledge of Apple's project said the device would be "self aware" and able to bring up different user profiles as people walk into a room, "such as the music and lighting they like." The HomePod launching next month will lack any such features and instead be controlled mainly through voice-enabled user prompts with Siri.

I don't believe it (for now). 30k points on your face when you are holding the phone makes sense. 30k points shot across a living room? nope. they would need to increase the density drastically.
Reactions: HiRez and prasand
S

Am I the only one who sees no use for Face ID on a home speaker...?
Reactions: RyanInBinary, Big Alsie, T-Will and 27 others

LOL, what? A link from your phone I assume? You're not going to walk up and look down at your HomePod, right? No way a sensor is going on the side. I mean, that would just be, well, goofy.

seems pointless, but i certainly expect to see face id in the macbooks at WWDC
Reactions: Cameroncafe10a, Karma*Police, Oblivious.Robot and 2 others

Probably just you, Apple, most consumers.

I’m not waiting any longer just need it to play music when I’m in the shower
Reactions: donrsd and pat500000

Only the Sheep would go for this.

jmh600cbr said:
seems pointless, but i certainly expect to see face id in the macbooks at WWDC
Click to expand...

Face ID linked to user profiles would be cool.
Reactions: filmantopia and cheesyfox
B

scrapesleon said:
I’m not waiting any longer just need it to play music when I’m in the shower
Click to expand...

Use a showerbud for that

Voice recognition seems like it’d be much more useful... and Apple has already implemented it to a degree with Hey Siri on iPhone
Reactions: Karma*Police and GrumpyMom

Personally, and I'm not trying to be funny here, but I'd prefer if they added a 3.5mm jack so my non-Apple friends could also plug-in to my $350 speaker system from time to time.

That's the only thing that makes me hesitate about this. I'd be okay paying that much for a speaker if it sounds great, but not if it can't accept audio from a standard analog source.

Comparison by The Verge, no 3.5mm jack listed: https://www.theverge.com/circuitbre...ker-vs-amazon-alexa-google-home-sonos-playbar

As an option that can be completely turned off for those who don’t want it, fine. But if it adds to the cost, I can say I don’t want it. It would be more practical if I could speak a password or have it recognize my voice upon command or somehow actively initiate my profile rather than have this activated passively by virtue of my walking into a room and possibly have my presence disrupt the listening experience of someone else who was already occupying the room before me.

Really, how is this going to work amongst roommates or a family when more than one person is occupying the room?

And here is a concern that I think I’m in the extreme minority in having, but I don’t think I necessarily want IR beams flying across the room and hitting the eyes of my toddler grand nieces and nephews when the jury is still out on the safety of this technology (yes, I’ve looked into it) especially around small children’s eyes.

It’s like they’ve got this cool new technology and they want to stick it on everything as a selling point whether or not it really is going to enhance the experience for the consumer.

But I’ll withhold final judgment until I see the finished products.
Reactions: Oblivious.Robot and cheesyfox
M

Can it just come out first?
Reactions: Sandstorm, DVNIEL and cheesyfox

MacRumors said:
A new rumor out of Apple's supply chain over the weekend suggests future iterations of the HomePod could come with 3D-sensing cameras supporting Face ID, similar to the front-facing technology on the iPhone X.
​
Click to expand...

Can we at least get the first product out the door before we start talking about future iterations of the product?

The Homepod might turn out to be a complete failure for all we know. And that would kill the chances of a HomePod 2.

Face ID has a max range of what, like a meter? I don't see that being very useful in a speaker, which is probably across the room. With all its mics, it might be better to recognize my voice, which by the way could probably be just a software upgrade.

Really? The major obstacle in home technology shared by multiple people is identifying who’s the one interacting with it.

While voice recognition is one avenue, facial identification is more accurate and comes with growth opportunities like non verbal communication.

ryancgoodfellow said:
I don't believe it (for now). 30k points on your face when you are holding the phone makes sense. 30k points shot across a living room? nope. they would need to increase the density drastically.
Click to expand...

It would just be the same as the xbox, but the Kinect was huge.

I’m more interested in what other upgrades are coming to the HomePod (Siri, for example).

There's no reason to delay it until December, unless there’s something else they’re waiting on. It’s not like the HomePod is difficult to manufacture or used some new technology (like the FaceID hardware in the X).

Nope, I was thinking the same thing. What would FaceID really accomplish on the speakers? Plus, even if there was a use, how would it work? It's not like an iPhone X where you just lift up or press the side button to let it know you want to unlock it. Is it always watching? If so, good thing I don't walk around naked. Plus, where on the HomePod would you have to look, and how close do you have to be?

ipedro said:
Really? The major obstacle in home technology shared by multiple people is identifying who’s the one interacting with it.

While voice recognition is one avenue, facial identification is more accurate and comes with growth opportunities like non verbal communication.
Click to expand...

I am frequency in another room when I engage one of my Echos.

A camera and always listening in my home...Umm no thanks
Reactions: thejadedmonkey

Considering the fact that they haven’t even brought Demo Units to the stores for this device yet, why not just include the tech now?

Still find it odd that we can’t go to a retail store and give these a listen now. Already have a Google Home Mini in my home (came free with my Pixel 2) it’s bigger brother, is starting to look like a more attractive option, as well as many of the other Airplay2 compatable speakers starting to come out to the market.

So far all HomePods are future HomePods.
Reactions: kevinp8192, RuralJuror, Big Alsie and 9 others
You must log in or register to reply here.

Canalys: Apple 'Still Has Much to Prove' With HomePod Mini in Crowded Smart Speaker Market

Leaker: HomePod 'Mini' Close to Launch, But No Second-Generation HomePod This Year