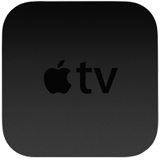 The Apple TV may gain a new FXNOW channel that includes Simpsons World content, according to TV writer Jason Lynch who tweeted the news yesterday (via iLounge). Lynch said the FXNOW channel will come to the Apple TV, Roku, and other devices within the next 12 months.

FXNOW is the on-demand portion of the FX, FXX, and FXM television channels, all of which are owned by the Fox Entertainment Group. The FXNOW Apple TV channel will reportedly include content from The Simpsons, branded Simpsons World, which offers all 552 episodes of The Simpsons along with additional content. Simpsons World, debuting in October, will allow fans to search for and watch any episode or clip of The Simpsons on demand on FXNOW.

Currently, supported cable providers for the existing FXNOW channel include AT&T, Cablevision, Comcast, Cox, and Time-Warner. Simpsons World access will also be available through the FXNOW app for the iPad.

Also get ready for this doozy of a marathon . . .

Stop adding channels and let us pick for ourselves...don't understand why Apple allows this on the Mac/iPhone/iPad but not the Apple TV.

Cool for the Simpsons, but of course you need a cable subscription. iTunes needs a new/tv show video streaming service. People would pay.
Comment

I love The Thompson's.

GREAT! Oh wait it sucks for me because I have Charter Communications and still can not access HBO Go either, maybe if Apple was smart they would just add Amazon Prime already or start their own streaming service.
Comment

I agree, this is pointless for anyone interested in cutting the cable. It's even more annoying that I can't edit the 3 dozen icons that I'm not able to and will never use.
Comment
K

Pointless and will sit unused on my appleTV due to cable subscription requirement.
Comment

At least in the States there is the possibility of someone using those 327834 new channels added every month to the Apple TV. I live in Costa Rica where the only app that works is Netflix and the rest are useless.
Comment

I've actually been weaning myself off the whole iTunes ecosystem lately in anticipation of the new set-top box I plan to buy this September (the ATV2 is getting long in the tooth). The only requirements I have are that it allow third-party apps and not force-feed me 24/7 Cricket News and a dozen lookalike "channels" that require me to have a cable subscription (if I had cable, what in #$@^%'s name would I need the apps for??).

It's really beginning to look like whatever my new box turns out to be, it's not likely to be "Designed in California by Apple."

It's a real shame that Apple has allowed its once-promising "hobby" to turn into a waste of a good HDMI input.
Comment

Ugg said:
I agree, this is pointless for anyone interested in cutting the cable. It's even more annoying that I can't edit the 3 dozen icons that I'm not able to and will never use.
Click to expand...

You can edit/hide the channel icons under Settings/Parental Controls.
Comment

Ugg said:
I agree, this is pointless for anyone interested in cutting the cable. It's even more annoying that I can't edit the 3 dozen icons that I'm not able to and will never use.
Click to expand...

Wait what now? Are you sure? In settings, there is a place to show or hide the various channels that would appear on the

content owners aren't going to give up content for free. until there is a paid streaming package that apple offers up, you will not see major networks have apps without cable logins. I know we all want it but seriously it is time for people to wake up. Why would FX built an app for appleTV and have all their content available for free? Cable companies would lose subscribers which means FX would lose money.

Until there is enough traffic to convince advertisers to spend a lot on ads for streaming properties, networks will keep requiring a login.

Any Simpsons episodes I would want to watch I have already ripped or downloaded due to them dragging their feet on this for so long. I imagine a large portion of their audience has as well.


TsMkLg068426 said:
if Apple was smart they would just add Amazon Prime already or start their own streaming service.
Click to expand...

Amazon is likely refusing to give rights to Prime or asking entirely way too much for it since they have competing devices for the TV, tablets, and phones.
Comment

Too late. There's already a (probably illegal) site with every single Simpsons episode on it, plus there are DVDs.
Comment

I'll always have podcasts and airplay I guess - and not much else.
Comment

Finally. I am glad for this news. But sadly it will probably say I can't use it even though my cable sub would meet the requirements. Happens with all the Channel apps.
Comment

SmileyBlast! said:
Wait what now? Are you sure? In settings, there is a place to show or hide the various channels that would appear on the

They made it even simpler in a recent update: just press and hold the select button until the icons wiggle, then press play/pause, and it will give you an option to hide that icon.

Yet another channel that I will hide....

It's an Internet channel; it's on-demand (and the ATV doesn't have a cable tuner). But allowing people to subscribe to the channel separately is apparently too sensible for Fox.
Comment
W

I hate when I read these types of stories and then it turns out it requires cable.
Comment
2

Nermal said:
It's an Internet channel; it's on-demand (and the ATV doesn't have a cable tuner). But allowing people to subscribe to the channel separately is apparently too sensible for Fox.
Click to expand...