I would like to buy a gamepad for my mac. Can anybody knows what gamepad would work, or any list of working devices?

Do you mean the wireless or in USB? Because I can see 2 versions.
T

Do you mean the wireless or in USB? Because I can see 2 versions.
Click to expand...

Because for what I see, it does not matter: http://www.instructables.com/id/Use-an-Xbox-360-Controller-on-OS-X-wired-wirele/

Alternatively, the PS3 Dualshock controller work without any additional drivers under OS X and are officially supported by many games.

I don't know if ps4/Xbox one controllers work on OS X yet, hopefully someone else will post about them.
P

OK, but the XBOX pad have the dongle, is this receiver you have mentioned? 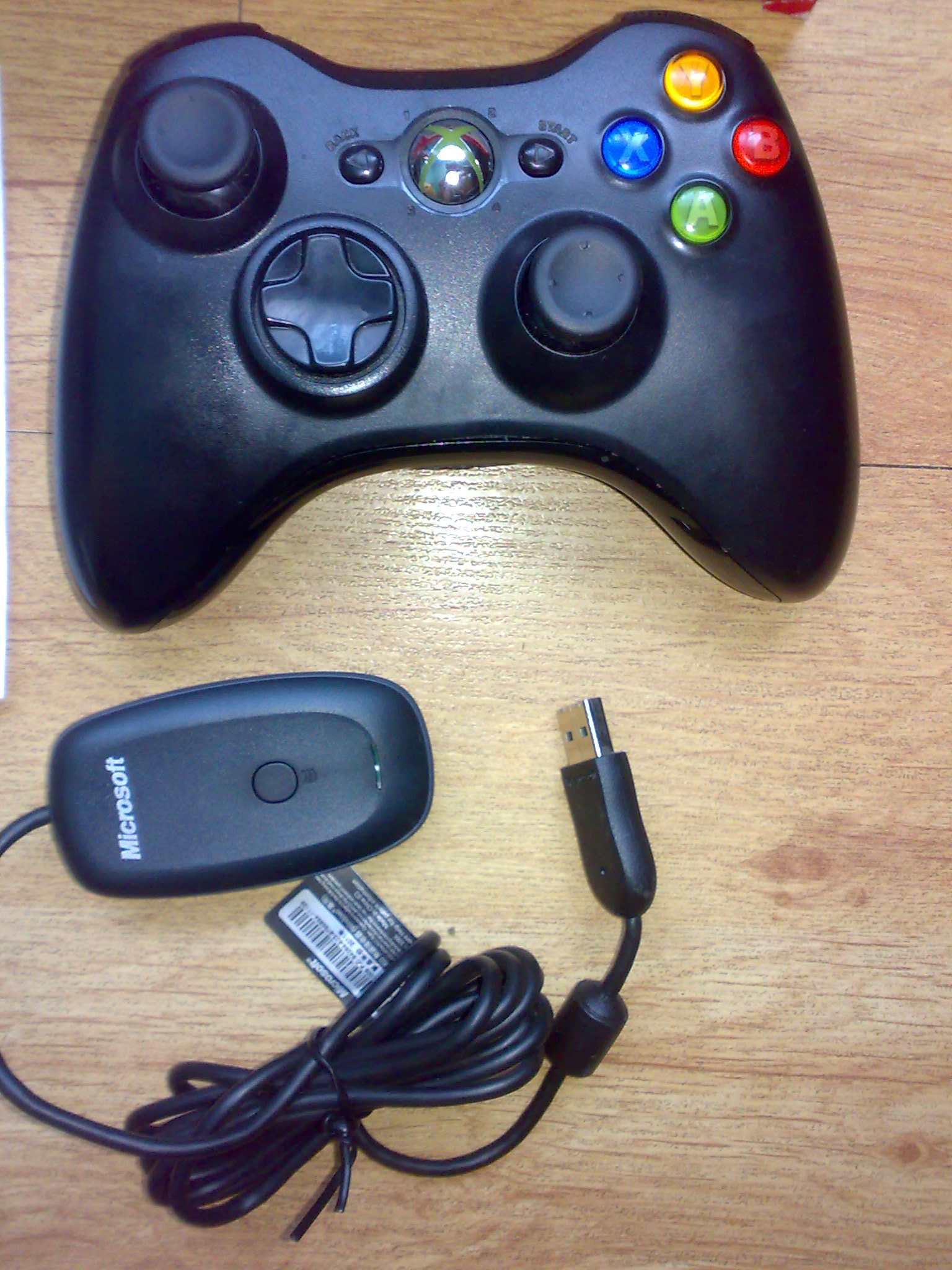 And another question: I need to buy USB PS3 gamepad, or can I buy wireless?

proce55or said:
And another question: I need to buy USB PS3 gamepad, or can I buy wireless?
Click to expand...

Yes, that is the "dongle" that will allow you to use a wireless Xbox 360 controller.

For either Xbox or PS3 controllers, I would use only official Microsoft/Sony brand controllers only, as 3rd party controllers may or may not work.

The PS3 controller is Bluetooth, but if you plug it in via USB it will also work that way (USB carries both power & data to the mac).

(Again, the Xbox controller does NOT work like that, wired controller will be USB only, the wireless controller needs the dongle above to work, hooking it up via a USB cable only provides power and not data.)

Is anyone using the PS3 controller with games like the Batman games, Deus Ex, etc.? I'm using an Xbox 360 controller and some games won't support it. I've tried the TattieBogle driver or whatever it's called, but all versions of the driver crashed my iMac eventually, so I uninstalled it.
S

Feral Interactive games support gamepads really well. I had the Tattiebogle drivers (version 0.11) with my Xbox 360 wired controller (Microsoft branded) and had no trouble with Deus Ex: Human Revolution, either the original App Store version or the Steam-only Director's Cut.

Yep, no problems with Borderlands 2 and Borderlands: The Pre-Sequel. But the Tattiebogle drivers I tried (3 different versions) all had memory leaks in my case. Might try to borrow a PS3 controller and see how it does.

Suture said:
Is anyone using the PS3 controller with games like the Batman games, Deus Ex, etc.?
Click to expand...

I've tried both Batman Arkham games with a PS3 controller and they work perfectly fine. I don't play FPS games with a controller, so I don't have first-hand experiences with DXHR, but given Feral's otherwise flawless track record with controller support, I'd guess it works fine there, too.

Thanks for the feedback, Janichsan.
D

xbox 360 controllers are the best for OS X. Most games that have gamepad support works with these drivers: https://github.com/d235j/360Controller/releases

(P.S. for the best experience use official Microsoft controllers.)

I have 3 controllers that I have used, Steelseries, PS3 and 360. PS3 controller is the best option, you do not need any additional software it is simply a plug and play affair, connects via bluetooth and works great with Steam.

I wound up picking up a PS4 controller... surprised I actually like it better than the 360 controller. So far, so good...

Wired 360 controller is what I use.

Um... apologies for the silly question (and necro of this thread) - but reading through the above, still has me a bit confused...

Between the Xbox 360 or PS3 controller, is there a recommendation to take wired OVER wireless, or will both work equally well (assuming I have the official wireless dongles?)

My daughter is hooked on Minecraft PE on her iPad, and would like to get same on my Mac Mini. My other little one enjoyed Lego Starwars on the PS2, and I'm now considering getting the Feral version through the MAS >> hoping that I can hook up either a PS3 or Xbox controller as a gamepad for use in both...

Will appreciate any advice!

I'm using a wired 360 controller and I'm not having any issues.
E

Get a Logitech F310. It's pretty cheap, good enough quality (not spectacular), and has a switch for two different modes of operation. In the first one, it's a standard USB gamepad and works with most games as-is, just plug and play, and no dorking around with beta/buggy/broken third-party drivers. The other mode is the equivalent of an Xbox360 pad, which does require dorking around with those drivers, but you do occasionally find Mac games that were inappropriately programmed to only work with Xbox360 controllers, so it works with those too. It is wired though, so if you really need wireless it wouldn't be for you.

So wired would probably involve less hassle? Thanks!
F

Suture said:
Is anyone using the PS3 controller with games like the Batman games, Deus Ex, etc.? I'm using an Xbox 360 controller and some games won't support it. I've tried the TattieBogle driver or whatever it's called, but all versions of the driver crashed my iMac eventually, so I uninstalled it.
Click to expand...

Cassady said:
So wired would probably involve less hassle? Thanks!
Click to expand...