General mystery with desktop and files

after extolling the virtues of a Mac to a PC user(I use big words when i write about a mac!!) the inevitable happened......I restarted and this crazyness below appeared.

1.1st all my desktop icons EXCEPT for my HD are "dulled" out.
2.The "mysterious "network" icon appeared on my desktop (i've never used it) and won't eject.This looks like a major player in the havoc. 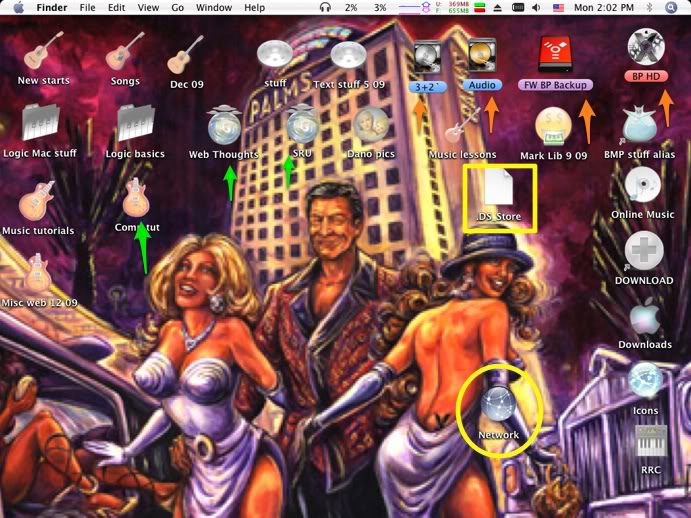 3.My bluetooth was mysteriously turned on (Ive never use it) it DID turn off(TG).
4.Mystery "files" appeared on my boot drive. 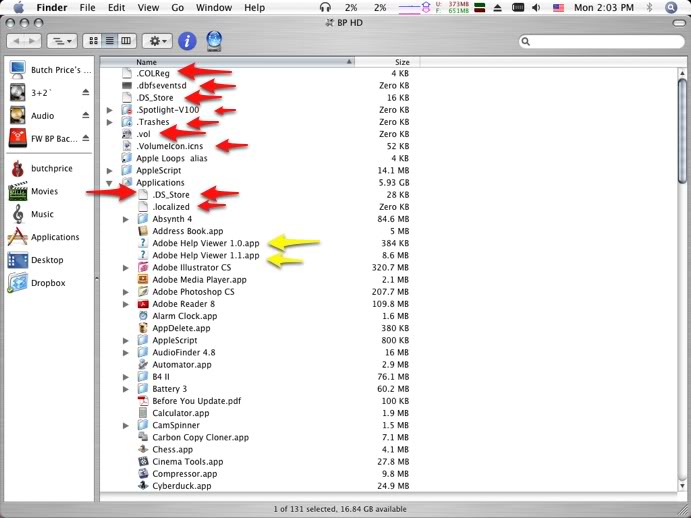 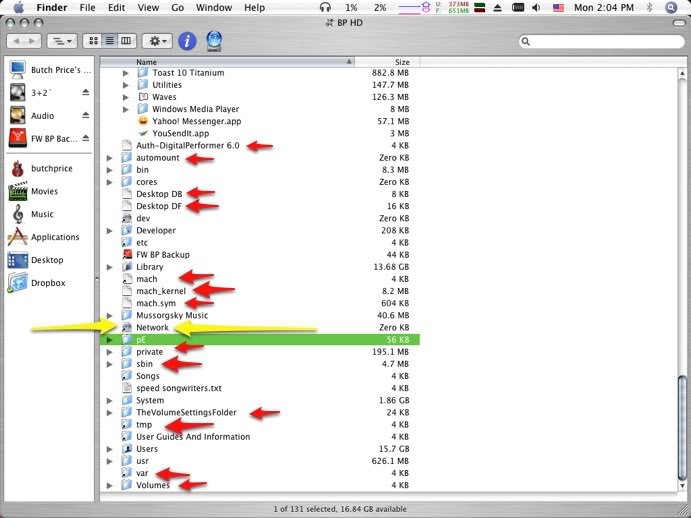 My hypothesis is I tried a few programs out recently but used none of them.
1.Permanent delete
2.Skim

I hadn't rebooted since I loaded them up and that seems to be when this started..I did notice a few .DS_store .....files also

I just deleted the apps with Apple delete then rebooted...everything is still there...I don't notice any wacky behavior.... YET!!..I just don't want ANY mystery and I HATE having my desktop folder icons look like that and that damn NETWORK icon...... any ideas....help? Thanks

You have somehow made all the hidden files visible, either via the Terminal command (defaults write com.apple.Finder AppleShowAllFiles YES
) or a third party software.

Example:
.DS_Store
This file in created by the Finder to keep track of folder view options, icon positions, and other visual information about folders. A separate .DS_Store file is created in each directory to store information about that directory, so you'll find them appearing all over the directory tree, in pretty much every folder you've visited with the OS X Finder.


About the dullish look, it just may be that the desktop background takes all the colour away due to its colourfullness. It's more psychological than physical of course.
Comment
B

Thanks spinn !I apologize for my late reply I straighted it out...btw..the icons aren't suppose to look like that(they didn't before this happened) .Its not the contrast it had something to do with the hidden files ..they are back to normal now.Thanks again.

I see that you've solved your mysterious file(s) problem, but I thought that you might be able to use this advice:

Keep your Desktop as clutter free as possible. Each item on your desktop is treated as a window by Finder and consequently has to draw that "window", the more that's on the Desktop the more it slows down your Mac. Generally I keep my HD and my 3 external HD partitions on my Desktop and that's it. From time to time there'll be a file or two but nothing major and never long term.
Comment
You must log in or register to reply here.
Share:
Facebook Twitter Reddit Email Link

L
Is there a way to see all desktops

Feb 3, 2020
studioj20
S
Register on MacRumors! This sidebar will go away, and you'll see fewer ads.
Sign Up
Top Bottom