Ever wanted the live wallpapers included by Apple on iPhone 6s/6s+ on your iDevice? Now you can! Keep in mind this tweak will not work on iOS 8, only iOS 9!

PS! This tutorial is not made by me, I will link the original website with the guide at the bottom of this thread. I'm just passing the word around as there was a huge request from people to be able to do this.

Things you will need:

iFile (Needed for the installation of the live wallpapers)

Google Chrome, Mozilla Firefox, etc (Any browser that is not Safari and supports Mega)

1. If you haven’t installed LiveWallEnabler yet, do so now. Launch Cydia on your iPhone and select Sources > Edit > Add, and enter the following: repo.fortysixandtwo.com. You should now be able to find and install the tweak from the Search tab. Tap Restart Springboard when it’s done installing. PS. This tweak does not include the wallpapers them selfs, this tweak only reveals the "Live" folder under Settings -> Wallpapers. 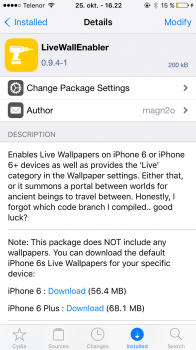 2. On your computer, download one of the two .deb packages linked below.

Note: These files contain 6s Live wallpapers in two resolutions – one for the iPhone 6s and the other for the larger screen of the 6s Plus. If you have an iPhone 6 or an older model with an even smaller screen, the first package should give you the best results.

3. While the wallpapers are downloading on your computer, open up iFile and click on the globe (Web Server) in the bottom row buttons. 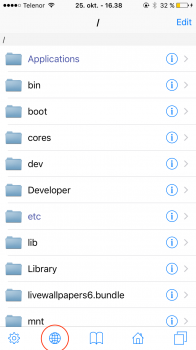 http://www.geekcosmos.com
4. You will get two types of addresses showing up, the 1st will show you the IP address that you can type in and the 2nd will give you an address related to the name you have given your iPhone. i.e: http://JohnAppleseeds-iPhone.local:10000. Type this address into your browser.

5. Once the system files from iFile shows up in your browser, click on Choose a File in the bottom left of your screen and select the .deb file you downloaded, then click on upload. 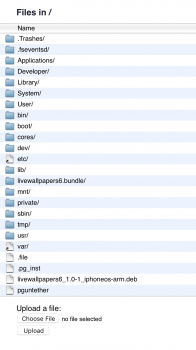 6. Once the file is uploaded, click "Done" on your iPhone. Go back to Root which is / and press on the file you just uploaded then select installer. 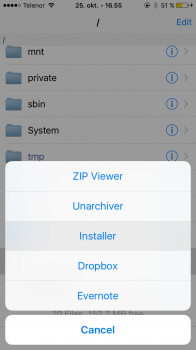 7. Once the installer is done, go into Settings -> Wallpaper - Chose a new wallpaper -> Live and now you should be able to pick any of the Live wallpapers that Apple included with 6s & 6s+. 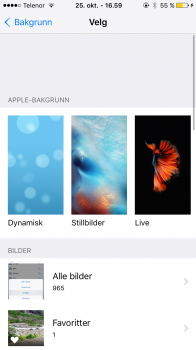 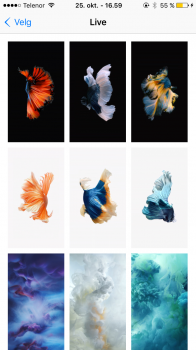 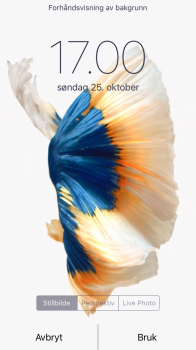 8. To get the motion effect on the lock screen, tap and hold on the clock & date in case you didn't read that in the beginning.

A few things to keep in mind:

1. Previewing many of them at once, will make the "Tap here to preview" not working, you will have to restart the settings app.

2. It sometimes says it's on a Still Photo when it really is on Live Photo, set the wallpaper anyway and it will work.

3. This is not a bug but to activate the animation on your lockscreen, tap and hold on the date & time to get it into motion.

4. While this does work on the iPhone 5 + 5s, some of the wallpapers will not fit properly like the fish wallpapers i.e.

5. I did this on my jailbroken iPhone 6, which is not my daily driver.

6. Like on the 6s models, the motion effects can only be used on the lock screen.

Original creator of this guide is GeekCosmos. I take no ownership over this guide and it is just to get it out there for others that are looking for a tweak like this.

If you feel like this is too much work, then I'd say to just wait for a tweak that enables both the wallpaper folder and installs the wallpapers at the same time. iOS 9 is somewhat freshly jailbroken and tweaks like this is to be expected in the near future.

For any questions, troubleshooting or errors you might come across please comment down below and I will try my best to help! I've tried this 3 times now with no trouble.
Last edited: Oct 25, 2015

Meh. I have a 6s and didn't care for them after the first hour. At least on the official devices the live feature only works in the lock screen and you have to press it. Don't expect the home screen to be animated if this works like the official folder.
Comment

Carlanga said:
Meh. I have a 6s and didn't care for them after the first hour. At least on the official devices the live feature only works in the lock screen and you have to press it. Don't expect the home screen to be animated if this works like the official folder.
Click to expand...

Some finds stuff like this fun for a short while and get bored, while others enjoy stuff like this in the long run. I personally use the betta fish wallpapers on my iPhone 6s all the time on the lock screen.

But this tweak also allows people to use the custom live wallpapers that have been submitted to Cydia lately, installing them without unlocking the folder, makes them useless. So in some ways, it has more ways to be used in general.

And yes, this tweak only unlocks the live wallpapers to be used for older iDevices. It will not work on
home screen, until some tweak comes around or something, if even possible.
Comment

Not worth the trouble guys. Maybe if they were 'live' all the time than yeah.


Carlanga said:
Meh. I have a 6s and didn't care for them after the first hour. At least on the official devices the live feature only works in the lock screen and you have to press it. Don't expect the home screen to be animated if this works like the official folder.
Click to expand...

Feel the same way. It's lame how you have to press hard just to see them animate for like two seconds
Comment
J

Thanks but I'll skip this as well.
Comment
A

Any way to use this without jailbreak?
Thanks
Comment

I wonder if 20 Second Lockscreen would prolong the looping. Good for giggles, I guess.
Comment

adir said:
Any way to use this without jailbreak?
Thanks
Click to expand...