In a new blog post titled "Bring the best of Google to your iPhone," Google is on an endeavor to convince new iPhone 13 users to transform their ‌device’s home screen to look like Android. 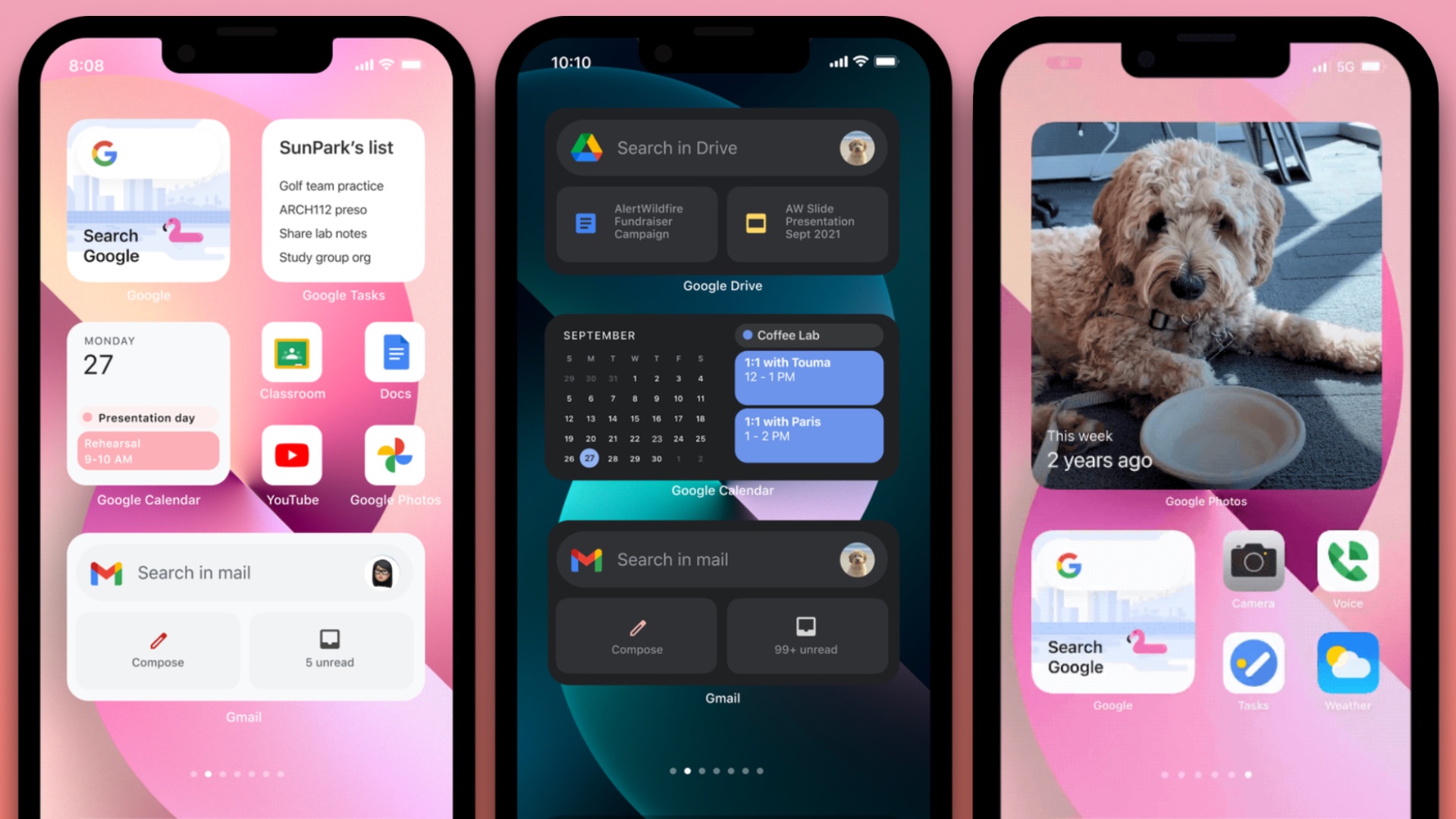 The blog post, written by Google's director for the iOS platform, features screenshots of an iPhone 13 home screen filled with Google apps and widgets. The post implies that customers should possibly consider replacing some of Apple's default iOS apps, such as Photos, Safari, Calendar, Reminders, and even Phone, with Google's equivalent of those apps, including Google Photos, Google Chrome, Google Calendar, Google Tasks, and Google Voice, respectively.

Google continued to encourage customers to utilize the wide variety of widgets its iOS apps offer. Google said that if the right Google widgets are placed on the home screen, users will "never even have to leave" their home screens to stay caught up.

According to the blog post, users can also use "Smart Stacks" to stack different Google widgets on top of each other, allowing iOS to determine which widget is most relevant to show at any one time.

Finally, Google recommends that users replace Safari with Google Chrome as the default iOS browser, allowing all system-wide links and Spotlight web suggestions to open in Chrome. Google closed by saying it hopes iPhone 13 users, who just started receiving their new iPhones last week, will consider bringing "the best of Google" to their device instead of just simply purchasing an Android smartphone or device.

Reactions: RandomDSdevel, dysamoria, Nermal and 7 others

They can’t sell phones, so they gotta try in software. iPhone 13 users about to get that pixel 6 for free after the trade in value
Last edited by a moderator: Sep 28, 2021
Reactions: cbaca51, freedomlinux, TheLunaPark and 8 others

If I deleted Waze I'm not installing any of your other spyware junk, especially Chrome.
Reactions: Elyzien, secretbum, amartinez1660 and 29 others

This is not a good solution for iPhone users. If we wanted android we would have gone android.
Reactions: TimVdw, Elyzien, azhava and 36 others

Why? (Not why is Google evil BTW)
Reactions: remington79, RalfTheDog, Nosmo King and 2 others
J

Although the middle preview would be good alongside night mode 'app icons'
Reactions: Da Hurdler

No iOS users know of this blog and should have just left it that way.
Reactions: azhava, amartinez1660, Dj64Mk7 and 6 others
B

My work uses Google apps so most of these are already on my home screen, though I prefer the smaller widgets.
Reactions: AirunJae

I’m with you on this one. Lol
Reactions: Elyzien, noblesoul117 and haruhiko
M

LOL - one of my main purposes for buying Apple is to keep my intersection with Google to as close to zero as possible ... nice try though ?
Reactions: jxr182, azhava, secretbum and 18 others

On a positive note, this may be what android users need to convince them to switch over to the right side.
#AppleSide
Reactions: Bethanie21, amartinez1660, C-Dubs and 19 others

I'd like to manually arrange app icons on the homescreen, rather than just having an auto layout. Android home screen is much better IMO.
Reactions: ellecavier, Friguy3, agoodpub and 11 others

Oh man, if only there were some way for me, a middle-class citizen of a developed country with disposable income, to somehow obtain the Android user experience! Oh well, maybe someday....
Reactions: nelson1457, james2538, azhava and 19 others

That's some world class trolling, Google. I'd expect nothing less from an advertising company that sells people's personal information.
Reactions: C-Dubs, remington79, SFjohn and 8 others

Ha! Google must be out of their mind. They should focus on Pixel devices instead of worrying about an iPhone.
Last edited: Sep 28, 2021
Reactions: SFjohn, SDJim, George Dawes and 5 others
J

In a mirror, darkly.
Reactions: SFjohn, Duane Martin, duffman9000 and 2 others

i wish there would be launchers like Nova for ios as it is for android. Not only wasted space on the iphone screen but also uckly same design.
Reactions: tonyr6, drlamb, CPngN and 2 others

Even though this whole thing is kind of sad, I have to give kudos to Google for their Calendar app. It's better than the built in calendar app because it shows you the entire month and the events on one page, written out, rather than just a calendar with dots you have to tap to see what they are.

The month calendar with dots is one of iOS's longest running design flaws, and I wish they'd make it better. It looks great on Mac and iPadOS, and I've submitted Feedback a few years in a row to no avail. I think it's a vestige left over from when iPhones had much smaller screens; that design made sense back then.

Until they fix it, I'll use Google's Calendar app on my phone. It can access local and iCloud calendars just fine, too.
Reactions: ellecavier, muzzy996, amartinez1660 and 6 others
E