Google today outlined several new features coming to Google Maps at its Google I/O developer conference in Mountain View, California this morning. First and foremost, this summer, Google Maps will be updated with a new personalized "For You" section that offers up recommendations based on your interests.

The Maps app is gaining a dedicated "For You" tab that is designed to "tell you what you need to know about the neighborhoods you care about." It will feature new restaurants opening nearby, trending spots, and more, based on places you've rated and places you've visited. 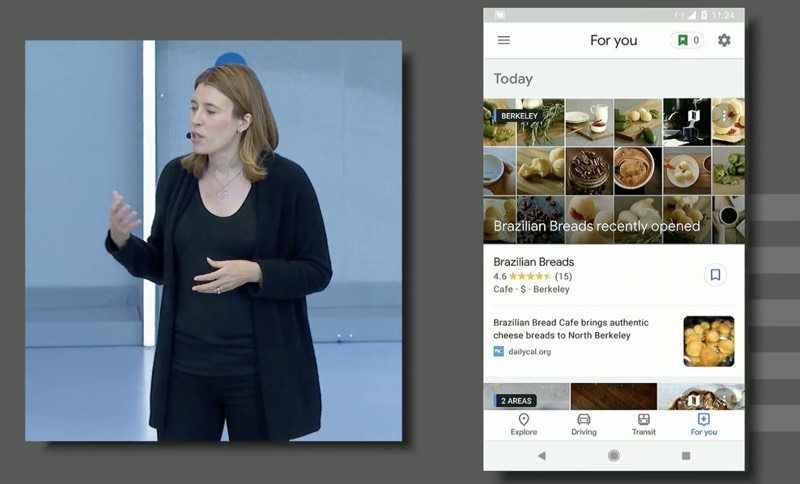 For You will be accompanied by a new "Match Score" that predicts which restaurants you're most likely to prefer based on your personal preferences, which is designed to help you to choose between multiple restaurant suggestions.

To facilitate making plans with others, Google Maps is gaining a feature that will let you long press on any restaurant or location to add it to a shortlist that can be shared with friends to get their input. Once shared, your friends can add additional suggestions to the list and vote on the place they'd most like to visit to find a group favorite. 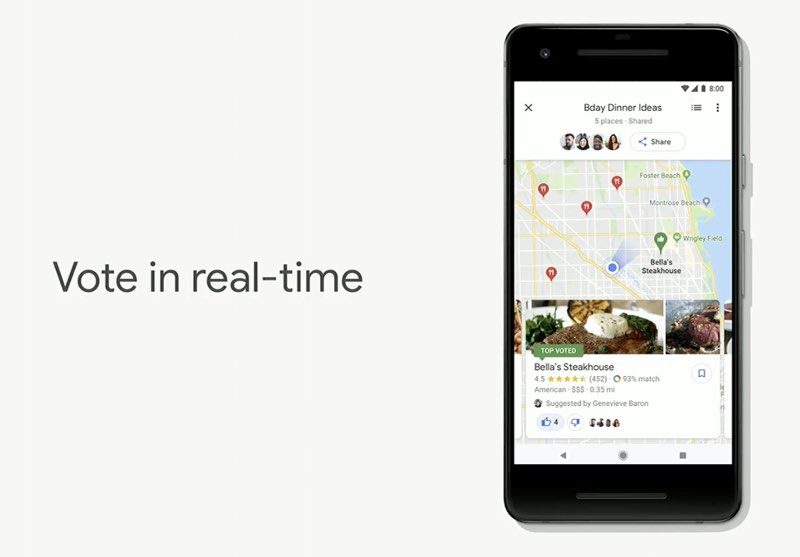 Google also announced a new augmented reality feature that's coming to the Street View version of Maps for walking directions. When you're using Google Maps to find a location that you're walking to, you'll see an AR overlay with specific directions on which way to go and information on exactly what's around you, reimagining walking navigation. 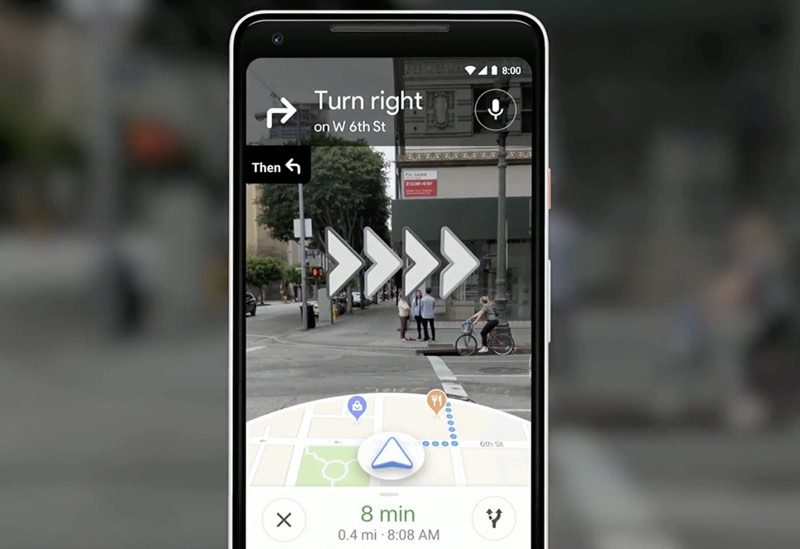 Google says it is augmented GPS with VPS, or a visual positioning system meant to estimate a person's precise position and orientation using visual landmarks.

Along with improvements to Google Maps, Google also announced changes coming to Google Lens, available in Google Photos and Google Assistant apps. Google Lens is gaining smart text selection, which will allow it to recognize text in the real world and then translate it to text on a device, so you can essentially copy and paste real world text. 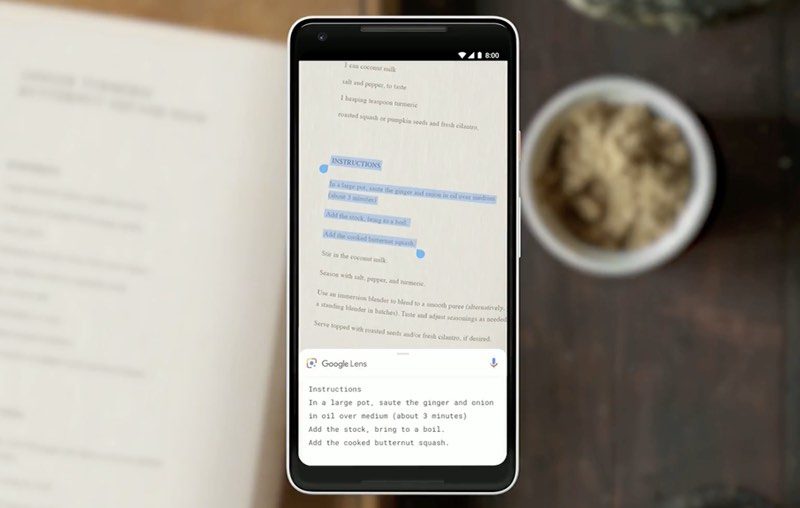 Real-time functionality is coming to Google Lens, allowing it to proactively gather information about everything the camera is seeing to overlay live results directly on top of real-world items. A new Style Match feature will let Google Lens scan images and then find related items. So, for example, you can scan a lamp and find items in the same style, or scan an outfit and find similar clothes. 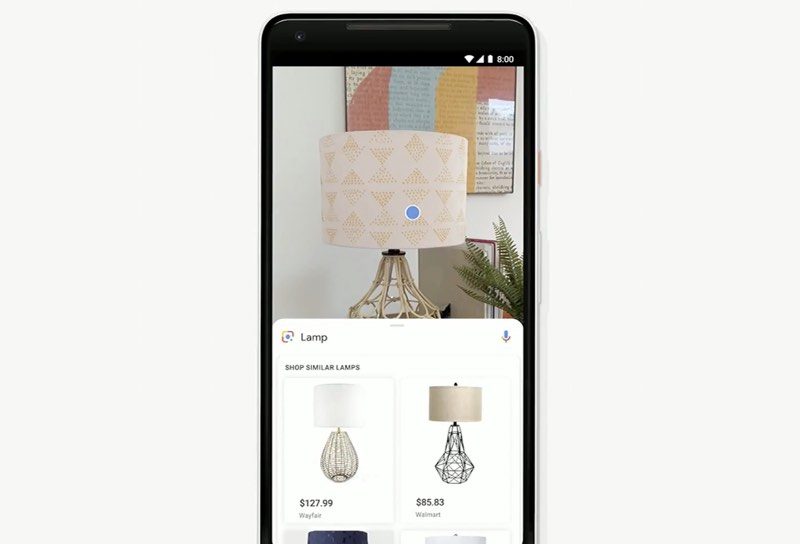 Google Lens is being integrated directly into the camera app on select Android smartphones like the Google Pixel and the new LG G7, which will give Android users quicker access to Google Lens functionality. All of these new features are rolling out over the course of the next few weeks.

All this driving around that Apple vehicles are doing had better lead to a compelling result. Their competition is definitely not sitting still.
Reactions: Cameroncafe10a, Alexander Becker, tzm41 and 2 others
J

I’d be thrilled if they simply added speed limits to Google Maps while navigating like Waze does.
Reactions: Cameroncafe10a, Alexander Becker, SantaFeNM and 3 others

The problem with Google as always is that many of their features are based on Google knowing more about me than I want them to...
Reactions: justperry, tk421 and pvtjokr88

If they can integrate the same warnings from Waze, I'll switch to Google Maps

jkozlow3 said:
I’d be thrilled if they simply added speed limits to Google Maps while navigating like Waze does.
Click to expand...

That is one feature that Apple Maps actually has over Google Maps.
Reactions: tk421 and twistedpixel8

I hope they also sort out the horribly streetview interface. I try to swipe on the line to move forward and it rotates the view (and vice versa).

twistedpixel8 said:
I hope they also sort out the horribly streetview interface. I try to swipe on the line to move forward and it rotates the view (and vice versa).
Click to expand...

So true. The controls are so horrible that it's amazing to me nobody seems to notice. iOS , Android, desktop on any browser and the experience is frustrating at best.

"For you" is clearly a sign Google knows way too much about you, therefore I block Google and that other crap Facebook as much as I can.
And, it goes much farther than this, I have content blockers, little snitch, a VPN and more.

mike2q said:
So true. The controls are so horrible that it's amazing to me nobody seems to notice. iOS , Android, desktop on any browser and the experience is frustrating at best.
Click to expand...

I’m not even sure when it became this terrible! It used to be flawless! This seems to be a trend in software these days and I’m wondering if somehow the generation of software devs now forming the bulk of software teams has become largely disinterested in (or not trained in) UX design.