I'm trying to track down a sound problem.

I'm finding in some recent Handbrake rips, some ...pops? hard to describe..every couple of moments there's a drop or a blank or a glitch (best I can think of) in the audio.

I found this checking the encodes on Beamer -> Apple TV -> Sony Receiver -> TV. I checked the file with VLC on the iMac, and they're there, so it's none of the set up beyond the file. I checked the original file I converted with Handbrake, so it's somewhere between Handbrake's conversion and the mac playback.

I've seen it in several different files.
At least the sample file below has been played on 2 different macs and a Windows 7 desktop. 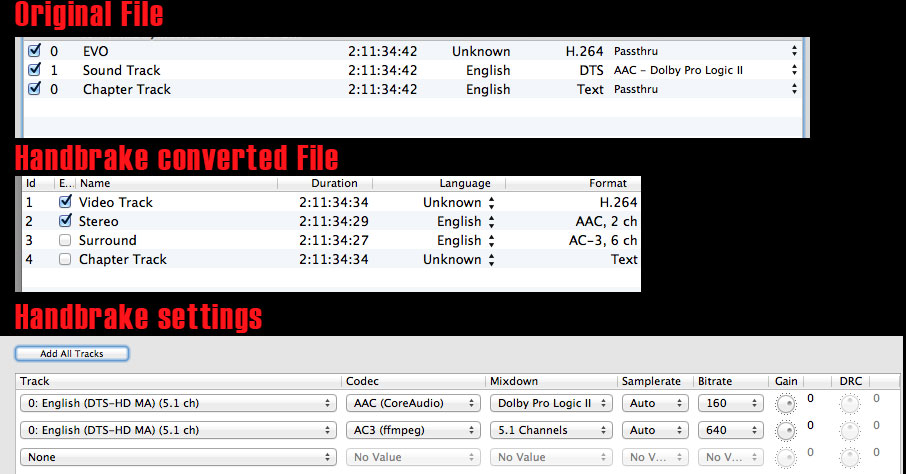 (Subler used for the top 2 pictures)

Can anyone suggest what's going on? This seems to be a new issue I'm running into.

Ok, this file done in the same batch as the sampled one above doesn't seem to have the pop/blank problem.. 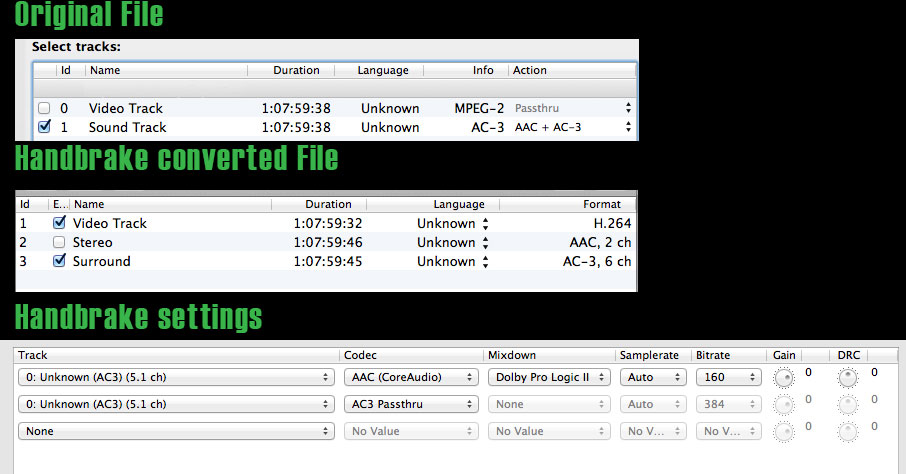 The clear difference being the sound track of the original files, which despite playing with no issues in VLC, are converted differently by Handbrake.

I've tried the beta and nightly builds and different pre-sets with no luck.