Has anyone upgraded their own MBP 15 screen to the Hi-Res version?

Just looking for some feedback before I take the plunge.

I recently did some googling and found a few examples of users who had upgraded their pre-retina MBP unibody 15" (1286) screens to the hi-res, ie. 1440 x 900 --> 1680 x 1050. As I have been wanting more desktop space without going to an external monitor I figured that this would be a relatively cheap way to get it.

From what I found googling:
1. It seemed to be possible on 2010 - 2012 versions
2. It apparently all connects perfectly
3. I should end up with over 35% more pixels
4. I believe I need to have a freshly-installed OS X on the boot-drive to properly recognise the 'new hardware'.

Here is a video of what I believe I need to do and Im not a tech, but it does seem simple enough and I have all the required tools.

So, if you have done the mod I'd love to hear what you think, and if there are any things not mentioned in the vid to be aware of. (My main concerns are just not cracking the screen and not melting the rubber gasket)

Thanks again for any input!
S

If you can, I'd just swap the whole clamshell over. Much easier.

snaky69 said:
If you can, I'd just swap the whole clamshell over. Much easier.
Click to expand...

Mushroom_Tim said:
From the video I was expecting to slightly 'lever' the screen off, but in actual fact you simply need to pry it up enough (~3 or 4 mm) to slide something thin and rigid (credit card 'like' cards which were slightly slimmer worked best in the end for me)
Click to expand...

iFixit suggests guitar picks in cases like this. They're thin and relatively rigid.

A bit of an update here.

In short it was a success and I now have the high-res display working fine, but I wanted to include a few dramas I had with the process to assist anyone else wanting to do this.

1. The process really was as easy as the video above demonstrated.

2. Unfortunately I managed to crack not one, but two screen covers! (lucky they are cheap). So my advice here is just to go very, very, slowly and use lots of heat from the heat gun. From the video I was expecting to slightly 'lever' the screen off, but in actual fact you simply need to pry it up enough (~3 or 4 mm) to slide something thin and rigid (credit card 'like' cards which were slightly slimmer worked best in the end for me) all the way around to break the adhesive away from the metal casing. It then comes off very easily.

3. The main issue I had was the routing of the LVDS cable through the hinge section of the screen part. For some reason my hinge section was different from the one in the video and consequently I had much less cord free-play to work with. When reassembling the laptop I forced the cord too much and this detached the cable from the panel at the back without me knowing. This then resulted in my having to take the screen off again - but no breaks on the third attempt. The reason for the second removal was that a screw attached near the camera had come out and was stuck in the adhesive section causing the screen to bulge - which I had unfortunately not noticed.

Other than that, I would say the process of removing the back panel, LVDC cable from the logic board, air-port and wifi connections and associated guides, and finally hinge screws is quite straight forward - the tough part is simply removing the glass screen....and as mentioned, it is not that hard if one goes very, very slowly.

So, I now have 30%+ more pixels and this really helps with several things I do - so easily worth the slight pain of breaking the glass twice.

It is hard to show the difference in screen shots, but I have included before and after images to try to give you some reference.

Hope this helps any others attempting to do the same.

EDIT: I should add that when I installed the new screen I also installed a new 240G SSD with a blank OS on it as I was under the impression this was needed for the new hardware to be recognised - I don't know if this is in fact true but it worked for me. When I re-booted the first time with everything connected correctly, the screen did flash up black with a white/grey apple logo and rotating circle for a brief instant before it started up normally. 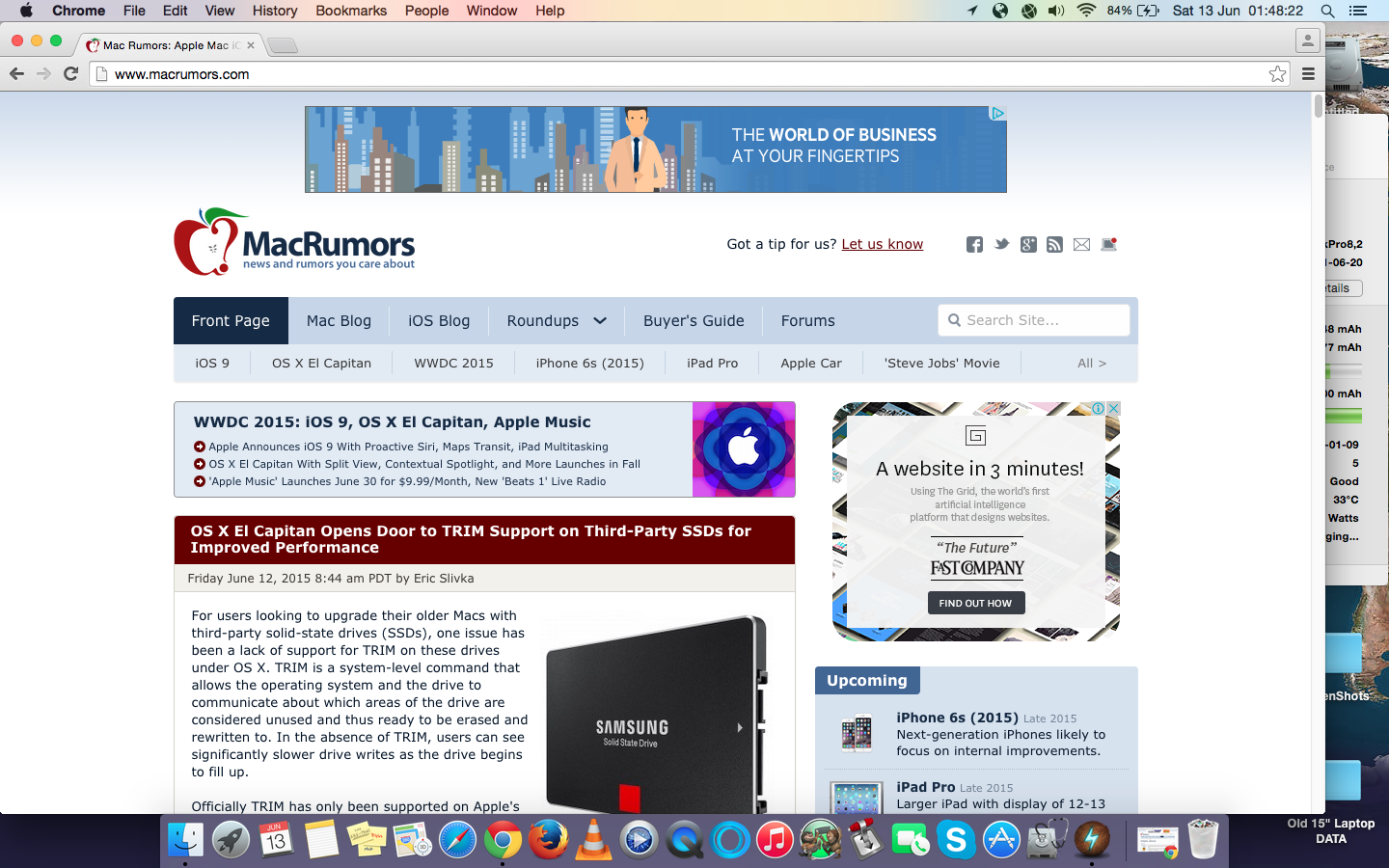 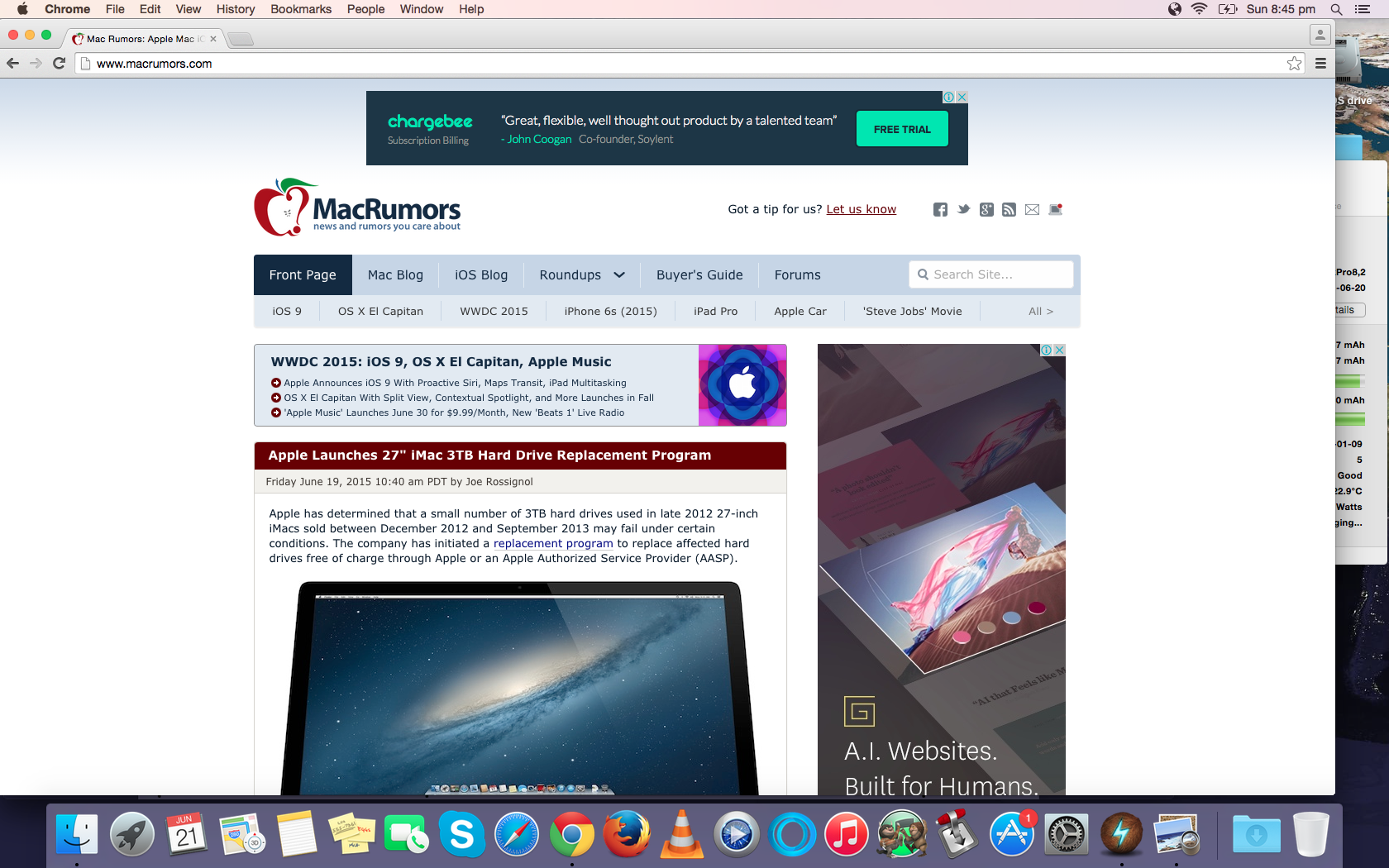 hallux said:
iFixit suggests guitar picks in cases like this. They're thin and relatively rigid.

Interesting - I would agree although it is nice to have something slightly longer to grip as you slide it around the edge. Prying the first part off with a putty knife worked fine with the rubber gasket design for what that is worth.

Is anybody can help me? I'm frustrated...
Apple Macbook Pro A1286 mid 2010
Some days ago i've decided to chanche standart resolution glossy LCD screen (1440 x 900) to hi-res LCD glossy (1680 x 1050) due to upgrade.
So i've bought a proper new LCD screen (not display assembly, just LCD), Apple code: 9CBA (LP154WE3-TLA1 by LG) and carefully replaced it.
So when transplantation was done, i've turned on Macbook and it turned on but with this artifacts and errors:
- Some blacks (not all, only on icons, for example, on pictures) goes to red in patterns;
- There are some groups of red pixels on the left side of the LCD, some of them blinks;
- Pure whites (255:255:255) on Finder and Safari goes to blue noise (also it is blinks like a chaos)
- When it runs on Nvidia GPU (i've installed GPU switcher) Macbook can shut down under havy graphisc, after rebooting it reports GPU Kernel panic, but when it goes on integrated graphics only it is stablel, but with such artefacts and issues too,
- When i'm trying to connect an external display via Display port - Macbook Pro immediately shuts down;
- When i'm shutting down the machine it's shutting down with a totally RED screen for 5-10 seconds.
I've tryed to re-install macOS (High Sierra and Maverics) - no luck.
On the "About this Mac" menu it shows a proper resolution - 1680x1050.
Before changing a LCD screen my Macbook Pro was in a normal working order (no standard Macboock's GPU issues, temperature issues etc).
I've found some reports that such LCD upgrade was successfully done without any issues like above.
Is it problem with EFI, SMC or new LCD may be? Is it GPU issue after disassamble and cleaning?
Also, i've noticed that in High Sierra shows 24-bit mode on "monitor and graphic card" info, but in Maverics shows 36-bit display mode.
Thank you!