Having first announced HBO Max in June, WarnerMedia last night provided further details on the upcoming streaming service, which will combine HBO content with shows and films from CNN, TNT, TBS, The CW, TCM, Adult Swim, and much more. 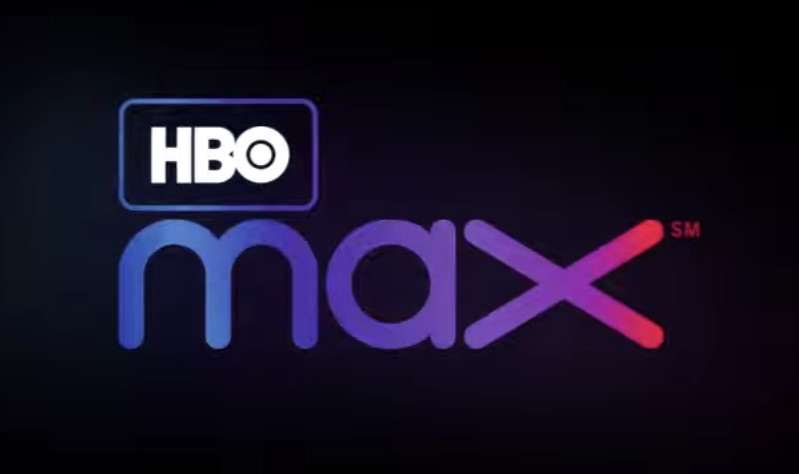 AT&T has revealed that HBO Max will launch in May of 2020 with 10,000 hours of programming pre-loaded, and the service will cost $14.99 per month - the same price as HBO, but with much more content. From The Hollywood Reporter:

HBO Max will be filled with 10,000 hours of programming from across the media conglomerate's divisions including such TV hits as Friends, The Big Bang Theory and South Park; Warner Bros. films including Joker; the full HBO catalog; and originals such as the previously announced Ansel Elgort drama Tokyo Vice, a Grease spinoff and a Gossip Girl sequel.
Click to expand...

HBO's library of content will include all the big hits like Game of Thrones and Succession, along with classics like Sex and the City and Sopranos, as well as new releases like the forthcoming Game of Thrones prequel, House of the Dragon. HBO Max will also have 1,800 film titles including all DC movies and, eventually, the full 2020 feature film slate.

AT&T will offer HBO Max for free to its existing 10 million HBO customers. WarnerMedia also revealed that it will offer the service as subscription-only in its first year, before launching an ad-supported version in 2021. There are also plans for live and interactive programming as well as special events.

The new $14.99 a month service will arrive almost two years after AT&T completed its acquisition of Time Warner, which owns HBO. It will compete with Apple TV+ and Disney+, which will cost $4.99 and $6.99 per month respectively when they launch in November.

Article Link: 'HBO Max' Streaming Service to Launch in May 2020 for $15 per month

This is a late article... but. The streaming space is just getting too crowded..
Reactions: Oblivious.Robot, RevTEG, DEXTERITY and 4 others
Comment

Whats the difference between HBO Now, Go and this? It’s getting ridiculous. I’m about now go cancel all these streaming services...
Reactions: Noelmel, augustrushrox, Huck and 1 other person
Comment

The complete HBO catalog plus lots of other content, and it’s cheaper than the current HBO/Now ($15).

I’m not interested in any of these streaming services, not as long as we have the VPN and torrents around

PickUrPoison said:
The complete HBO catalog plus lots of other content, and it’s cheaper than the current HBO/Now ($15).

I think the catch will be price hikes pretty quickly on Max. AT&T can’t help itself with the debt load it’s carrying.
Reactions: FriendlyMackle, Oblivious.Robot, Crow_Servo and 4 others
Comment

waquzy said:
I’m not interested in any of these streaming services, not as long as we have the VPN and torrents around

PS; Don’t hate me, just being honest.
Click to expand...

I have a Netflix subscription which is just convenient and offers plenty to watch. For anything else, like a single show that’s not available where I live, I have other methods.
Reactions: Oblivious.Robot, augustrushrox and waquzy
Comment

FWIW, HBO has cancelled the Game of Thrones prequel: 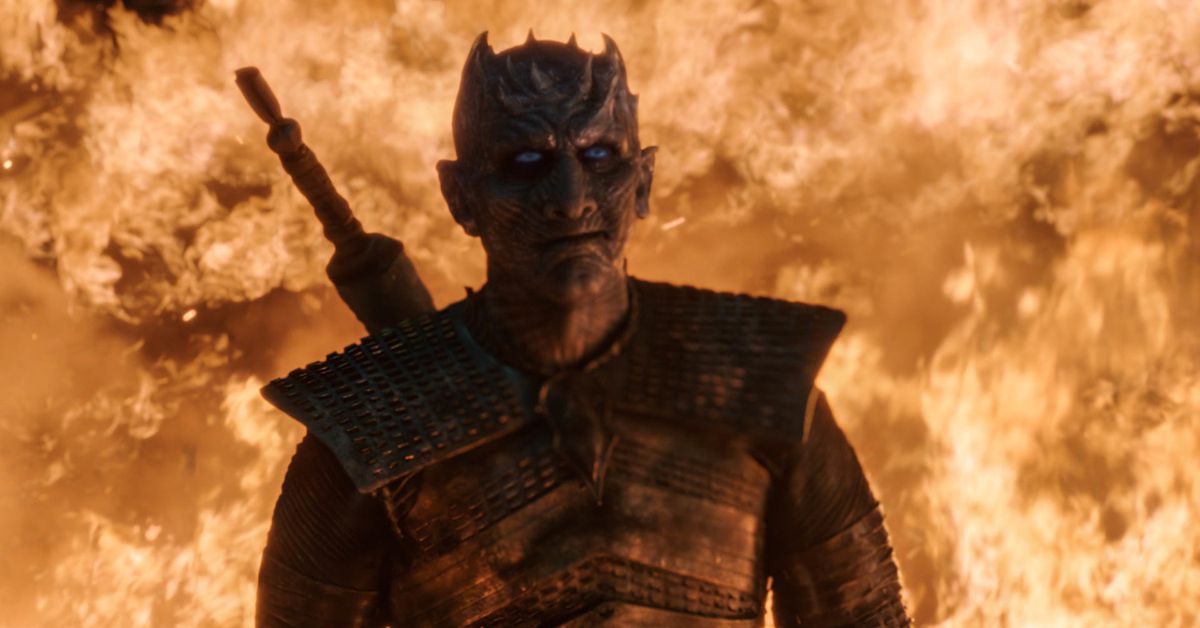 The first of HBO’s Game of Thrones spinoffs is DOA — and it’s hard to tell how many are left.

Heelpir8 said:
I think the catch will be price hikes pretty quickly on Max. AT&T can’t help itself with the debt load it’s carrying.
Click to expand...

Yep! And ads, don’t forget ads. They will jack the price and insert ads into the ad-free tier over time.
Reactions: Noelmel, FriendlyMackle, augustrushrox and 1 other person
Comment

ATT is losing their shirt, with a amounts of debt, buying DirectTV and TimeWarner. DTV, is losing millions of subscribers per month, and they can't seem to get out of their way. I can't see this service being anything that will tempt many folks

What's laughable is that ATT expects this to scale up to 80 million subscribers - even when its current HBO streaming service (priced the same) has only reached a tenth of that ¯\_(ツ)_/¯
Reactions: Noelmel, tennisproha, FriendlyMackle and 5 others
Comment
C

I don’t think atv is competition here. Apple would love to sell subs of hbo in its app. Which is why these articles are silly. 30% sounds good.
Comment

maflynn said:
ATT is losing their shirt, with a amounts of debt, buying DirectTV and TimeWarner. DTV, is losing millions of subscribers per month, and they can't seem to get out of their way. I can't see this service being anything that will tempt many folks

What's laughable is that ATT expects this to scale up to 80 million subscribers - even when its current HBO streaming service (priced the same) has only reached a tenth of that ¯\_(ツ)_/¯
Click to expand...

Which is why it’s laughable that anyone thinks Apple can get over 100 million paid users. Yet some of these analysts are that gullible.
Reactions: DEXTERITY
Comment

sunapple said:
I have a Netflix subscription which is just convenient and offers plenty to watch. For anything else, like a single show that’s not available where I live, I have other methods.
Click to expand...

Yep. I’m from the UK and here we have to pay £15 per month for TV License. What is it you may ask? Is it a government tax? Nope it goes to the BBC(British broadcasting corporation). It’s pretty much the main TV channel here in the UK. Do I watch it? Hardly. So why should I pay the fee? Well, If you don’t you could be fined for thousands of pounds, weather you watch the BBC channel or not.

MacRumors said:
It will compete with Apple TV+ and Disney+, both of which will cost $4.99 per month when they launch in November.
Click to expand...

Disney+ is 6.99 not 4.99
Reactions: Noelmel, DEXTERITY, augustrushrox and 1 other person
Comment

cardfan said:
Which is why it’s laughable that anyone thinks Apple can get over 100 million paid users. Yet some of these analysts are that gullible.
Click to expand...

Even Netflix with 91 Million subscribers, has a negative cash flow and that isn't a new thing for them it seems. 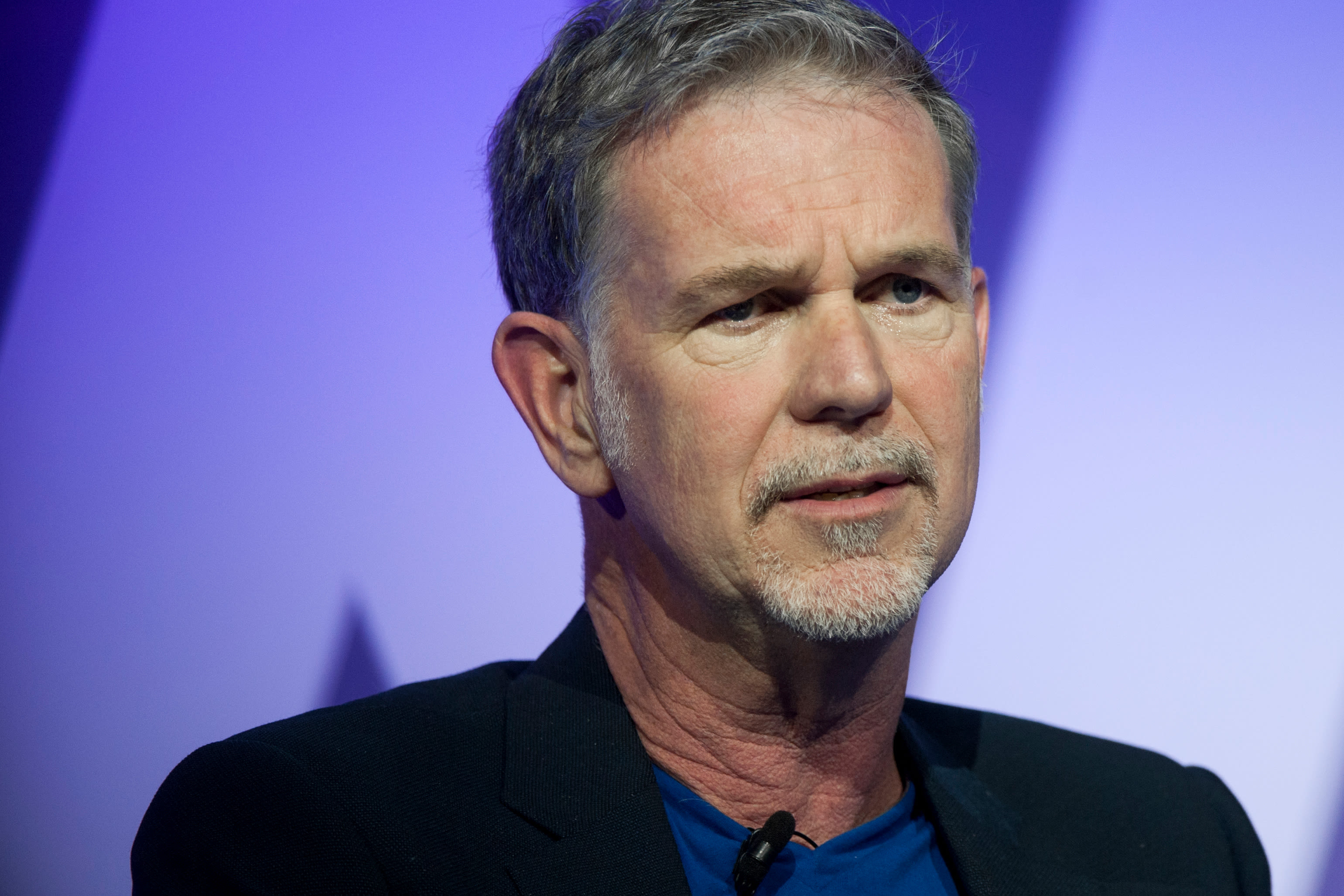 Netflix reported its first-quarter 2019 earnings after the bell as more media companies enter the streaming space.

Netflix reported net cash flow for the quarter of negative $380 million compared to negative $287 million during the same period last year. The company said it now expects its 2019 free cash flow deficit to be greater than the negative $3 billion previously expected, coming in at negative $3.5 billion. Netflix said the larger deficit was due to a change in corporate structure and investments in real estate and infrastructure.
Click to expand...

The problem TV Streaming services having is they are not showing the same content all over the world. I don't agree on the licensing thing. Not respecting customers as humans. Apple TV + goes streaming all countries same time the Movies and TV serials. HBO Max is not going to be available in India for example, as if we peoples in India are not humans. Apple is the right company to do this. Later these guys will do same as Apple TV + trying to compete. Finally the company who really understands human wins at end! Those who runs for profit alone will be only supported by rich! See even though Apple try to sell other studio companies movies, they cannot if you see india iTunes catalog it is worst again not respecting india peoples as humans. If the studio companies put rules to air the movies all over the world same time after theatre release, then it will be good and the owners here in India cannot protest. TV serials as to be released at same time. Root cause of all these problems is movie companies. I can say once movie is old it as to be sold at very lowest rate / free. But movie companies sell it for life to earn money. That's not fair. I know many will not accept my argument, if you don't want to go against status quo. Most movies promote violence, hatred, revenge, war, killing, raping, fear, etc.,. These movies spoil people lives. Rare to see movies that shows kindness, compassion, sex, spiritual, etc., to improve humanity. In end one can say real movie is our life that is more better than watching this illusions of movies and tv-serials. Your life / friend's / neighbours / relationship life is a tv-serial / movie, what's happens next is suspense if they tell their stories. People try to invent things so that our real life becomes an entertainment and not these illusions like Netflix, HBO, Hulu, etc., unless they respect humans. Netflix, HotStar, Prime Video are putting bits and pieces to we beggars in India. We don't feel the luxury of US and other developed countries ! That is the reality. It's up to you all! As far as I'm not going to subscribe any of these that don't respect humans. We have to be happy to achieve our dreams. If we subscribe we will loose happiness.
Last edited by a moderator: Oct 30, 2019
Comment

Consumers: Dang my cable plan is like $125 and I don’t even watch most of these channels. I wish I could just cut the cord and pick and choose what I subscribe to.

Heelpir8 said:
I think the catch will be price hikes pretty quickly on Max. AT&T can’t help itself with the debt load it’s carrying.
Click to expand...

If they do I think they’ll end up shooting themselves in the foot; it’s not like they’re tearing up the landscape with their $15 Go/Now product.

At $14.99 for Max, I think there’s very little headroom for increases, especially if it doesn’t include all the licensed third-party content the cable channel (and Go and Now) has that rotates through every month. HBO’s own catalog is impressive, but that licensed content is part of the appeal, and value proposition, of the current product.

Of course, Max brings its own content to the table, as mentioned in the article. A lot. Including Friends, Big Bang, South Park, and some new original content. Warners has a ton of content.
Last edited: Oct 30, 2019
Reactions: Noelmel
Comment
S

I wish they named it HBO Pro
Reactions: Noelmel, OddyOh, RevTEG and 4 others
Comment

subjonas said:
I wish they named it HBO Pro
Click to expand...

Is it 4K or no? HBO Now isn’t, and has terrible streaming quality.
Reactions: Noelmel, nutmac and dominiongamma
Comment
M

Telling alone no use brother. We have to take action all over the world to stop these companies from earning money. We must respect only those companies that respect humans. Don't worry about high price if they respect human rights, since without money nothing runs and high cost is required to get quality thing. We all have to help each other and achieve it.
[automerge]1572438534[/automerge]

If you have a happy product then you'r life will be happy if you choose happy, else you need to spend lot of time blaming, hating, these companies and spoiling your time and dreams
Comment
You must log in or register to reply here.
Share:
Facebook Twitter Reddit Email Share Link
Register on MacRumors! This sidebar will go away, and you'll see fewer ads.
Sign Up
Top Bottom