Last month, HBO announced a new project called "Mosaic," a murder-mystery TV show that allows you to interact with and discover branching paths based on characters you choose to follow. This interactive version of Mosaic has now arrived in the form of an app for iOS and tvOS, and in 2018 a traditional, linear version of the story will debut on HBO. HBO will air the plot line that creators Ed Solomon and Steven Soderbergh envision for the series, which viewers can compare with their own versions.

The free app allows you to choose from various viewing orders, character decisions, and branching information options over the course of a 7.5-hour mini series, which stars Sharon Stone, Garrett Hedlund, Beau Bridges, Paul Reubens, and more. "Mosaic" won't just be a one-off series, with Soderbergh telling TechCrunch that he has made two more "made-for-Mosaic" shows, which will be coming after this first series launches. Soderbergh referred to the app as an "open source format" that will be available to other creatives in the future. 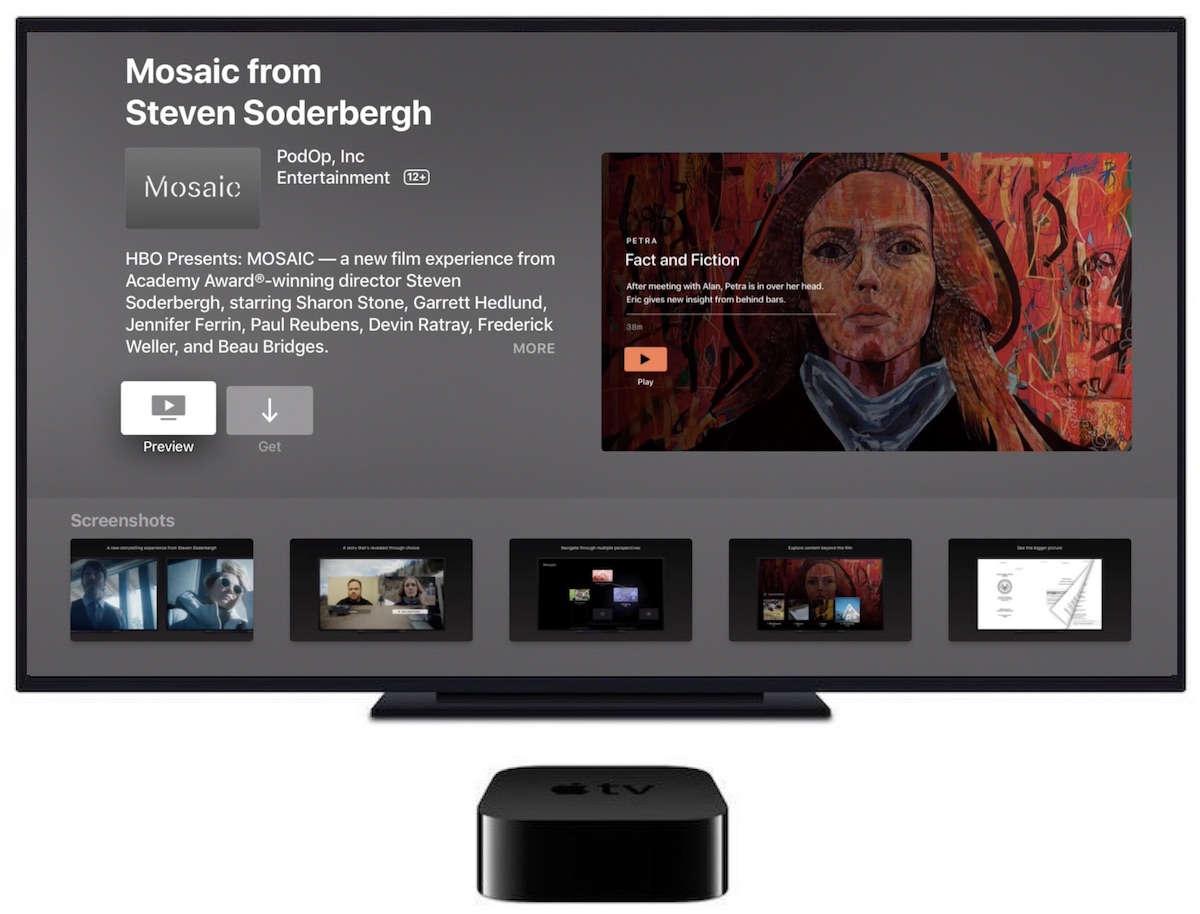 Soderbergh says "I looked at this as sort of an open source format that other fimmakesrs can come in and push." Beyond the next two Mosaic titles he's making, it's unclear if other creators will launch their own separate apps based on the Mosaic tech, or if today's app will become a hub for viewing or even buying this branching narrative content.
Click to expand...

Soderbergh explained that the outcome of the story doesn't change because of choices you make, but that the app is more focused on what information you have -- or lack -- based on the branches you've taken. On Apple TV and iOS devices, the branching narrative will pop up with options after the end of certain scenes, letting you decide what a character should do next or switch to another plot line completely. 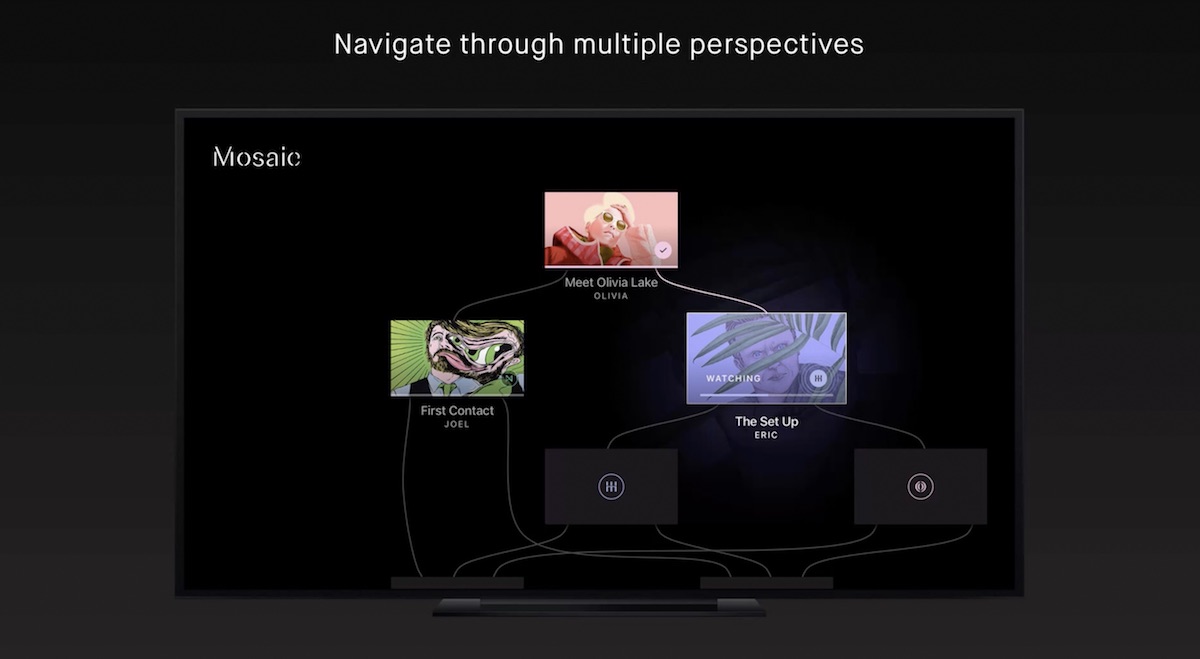 As you delve more into the mystery, you'll unlock "Discoveries" with extra clips, documents, and secrets that serve as additional pieces of the show's overall puzzle.

"The outcome and the events of the story don't change based on your choices" says Soderbergh who avoided making Mosaic an overly-complicated video game. "It's merely what information do you have about the story based on what you've been following.' Some people like to just keep making choices and get to the end of a path, some people like to minesweep" jumping between separate characters in chronological order.
Click to expand...

The Mosaic app was developed by PodOp, which was said to have filed 14 patents for the technology behind the interactive storytelling experience. The developer built storyboard management software that assisted Soderbergh and Solomon in planning out and scripting the branching narrative, as well as analytics tools that will help HBO and the creators see how audiences respond to the new format. If you'd prefer to wait for a more traditional experience, HBO's linear cut of the show will be six hours and debut on January 22, 2018.

You can download Mosaic on iPhone, iPad, and Apple TV for free starting today. [Direct Link]

This should be pretty cool. In some way I'm sure this represents the future of "television" entertainment.
R

I don't know. I'll probably give it a try, but usually I just want to sit back and enjoy the show, without "working" for it and constantly being concerned that I could miss something important from the branches that I'm not following. Interactive movies have been tried before and failed.

I take it you need a subscription to HBO to watch this?

guzhogi said:
I take it you need a subscription to HBO to watch this?
Click to expand...

Good question... seems like you don't actually. The app asks you to make an account when you open it, and you can choose a Mosaic-specific log in or use Facebook. I used FB, and afterwards I was in and watching the first video.
B

I wish they would just fix the horrible web player
N

Started watching it. Looks quite good!

Nor in the U.K. (yet?)
Reactions: Stargher