I recently transitioned from Windows to Mac (retinaMBP/Mountain Lion). With Windows, I used JitBit and Photoshop to create a simple script to make a photobooth for a friend's wedding. I am trying to recreate that using Automator, but it is... a bit frustrating. The problem is...


Here is the logic I am trying to follow:


Ideally, I'd like to keep it all in Automator, but if not, I would like to use Chrome to display the pictures in a row by renaming the files and using HTML to arrange it. The files would have to be renamed or the HTML code rewritten each time and then refreshed. I want to keep it simple so that anyone with a MBP can have it.

Here is an example of the photobooth strip I made. I like adding a static image at the bottom, to show the event - in this case, it was my niece's 7 year birthday party. I used a regular inkjet and had some cheap A4 photopaper cut into 4 strips since that is the minimum size that can be fed through the printer. It got crinkled in the drawer. 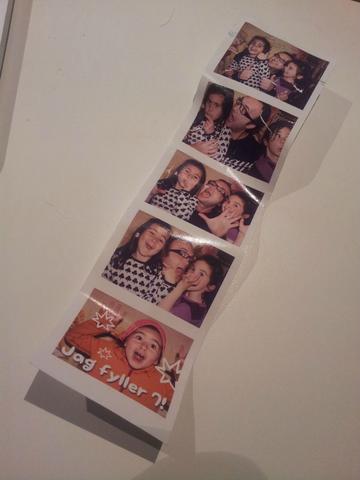 ​
So, any help with just that one problem of accessing the files would be really helpful. I think I can figure everything else out. Unfortunately, I don't know how to create apps like the App Store offers, and am annoyed that there isn't something out there that is affordable - the only one offered at the moment costs $100-$500.

Use the "Take Video Snapshot" action. Info here : http://macosxautomation.com/automator/examples/ex01/index.html
The pictures in the example workflow don't look like low quality icon-sized images to me. Probably Photoshopped but give it a go.
P

kryten2 said:
Use the "Take Video Snapshot" action. Info here : http://macosxautomation.com/automator/examples/ex01/index.html
The pictures in the example workflow don't look like low quality icon-sized images to me. Probably Photoshopped but give it a go.
Click to expand...

The "Take Video Snapshot" gives me a really poor quality photo. Photo Booth gives me a somewhat better one. Here is a comparison: 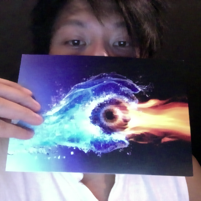 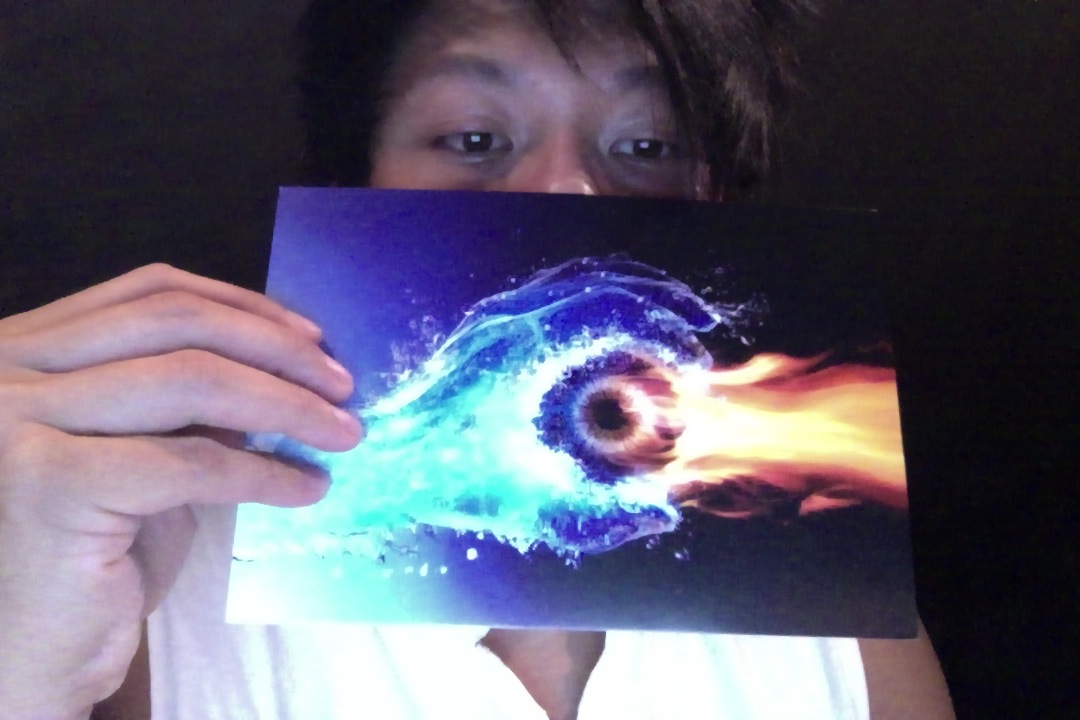 I found this - Applescript to open Show Package Contents

Can anyone help me translate that to what I need? Again, I'm brand new and would love to figure this out on my own, but I need to make it before Halloween.

I think the "Take Video Snapshot" looks better. Must be getting old and my eyesight has started to deteriorate. To take a good photograph you need light. Anyway I found this :

Exporting and removing images from Photo Booth
Click on one photo in Photo Booth and hit command-R to reveal the file in the Finder. In the Finder window, hit Command-A to select all, then hold down the command key while clicking with the mouse to deselect any pictures you don't want to move and delete.

In Finder go to View --> Show Path Bar. Post a screenshot of the Finder window when you do a Reveal in Finder of a photograph in Photo Booth.

kryten2 said:
Click on one photo in Photo Booth and hit command-R to reveal the file in the Finder.
Click to expand...

Unfortunately, the Photobooth Library is a library and the only way to get access to it is to (as far as I can tell) "Show Package Contents" 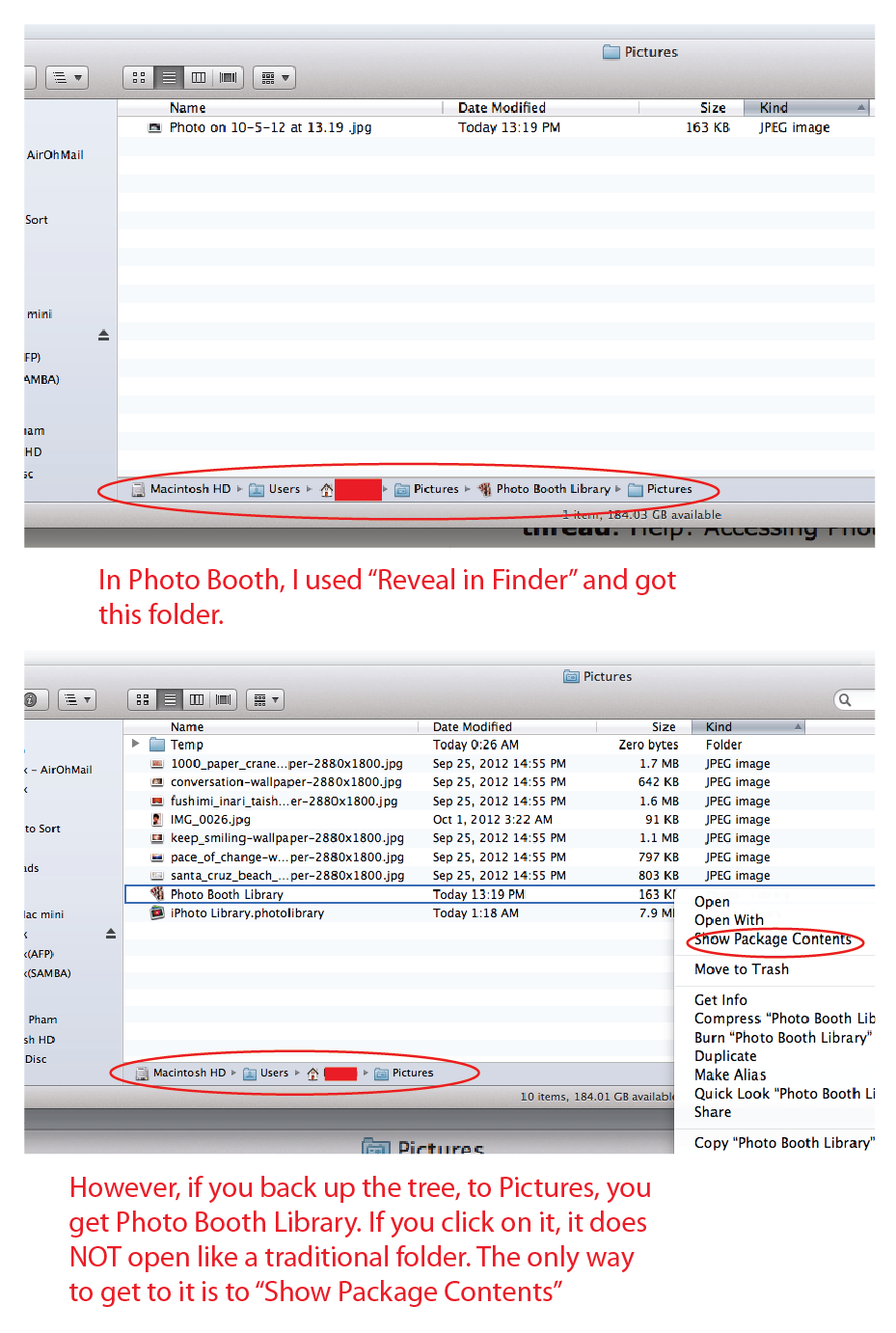 Can you post a screenshot of the Get Info window of the Photo Booth Library?

I figured it out... rather, a friend did. He used the following Shell script to move the files from one folder to another.

After that, it was relatively easy to do the rest. Thanks for your help!

Mac Need help with a native python module and Catalina