Help me - Which iMac should I get?

Long time lurker here who is lost in a tornado of specs, and prices. I'd really appreciate some buying advice!

Long story short: Currently have a base model mid 2012 15" rMBP (2.3GHz i7, 8GB ram, 256GB flash).
Want to use the iMac for University when I'm at home/as the home computer, I don't like being hunched over the rMBP; screen isn't big enough to easily work on assignments (even with split view/increasing useable desktop space) and I don't want to use an external display.

My usage is pretty standard, MS Office/web browsing/email/streaming video/home photo editing/normal usage. I'm a casual gamer, things like cities: skylines, telltale games, old nostalgia type things (everything else played on consoles). I keep the majority of my media on external drives due to limited storage in rMBP - would be nice to have it all on the iMac.

I appreciate that both iMacs are probably overkill, I made the mistake of buying a 2009 13" MBP without considering future needs and ended up regretting it after a year and don't want to do the same again.
I had decided on the following:
5K 27" (3.2GHz i5, 8GB ram, 256GB flash, R9 M390, Apple HE store includes 3 years AppleCare without phone support) - £1,478.40 - I'd keep a media drive connected with this option

The graphics will be plenty for any of those casual games, whichever model you chose. The model I got has M395, but I got it mainly because of the 2TB fusion drive (I explained my reasons here: https://forums.macrumors.com/thread...-ssd-on-latest-imac-27.1934282/#post-22184060). I have no idea how powerful each ones are, but I would assume 380 < 390 < 395 < 395X. For casual games, the 395 is overkill. Starcraft 2 plays very smoothly on the 395. That's at 5K resolution (adjusted to 5K resolution in the settings, at high settings. I haven't tried ultra and extreme yet.) I don't even need AA, the polygon lines are super smooth, not jagged like on 1080p monitors that requires AA.

I can't decide what your future needs are, since mine are different, and they change as the years go on.

I had a 2013 rMBP since I've always been using Mac laptops for school. But now that I'm done, my priority changed. I now have a 2015 Macbook when I want to carry it with me. I wanted minimum weight, but with a full OS X. I have no need for computing power, since most of my tasks are email, browsing, music, and basic productivity. I've been wanting a Macbook Air with retina since 2013, but I had to settle for that 2013 rMBP.

The iMac is my entertainment machine when I use it on my treadmill desk. Youtube, movies, basic productivity apps, music, the 2TB fusion drive is more than fast enough for music and movies, and keeps my desk clutter free, without a external drive constantly connected to it.

For school, laptops are popular because people can take them to the library and put them in the backpack, going to wherever they need to get homework done. But you are absolutely right the screen can suck when you're trying to use the laptop for hours. I used to have to code on it throughout the university years. Everything was cramped to say the least, and that was non-retina.

For your needs and your future? Who knows? What will happen in a few years? Will you move? For example, will you travel often for work and are not at home? If so, the iMac won't be much value to you then. Your priorities in the future will be different than what it is now. You might be focused on raising kids rather than playing video games, then what?

I've actually been lurking to get an iMac since 2003 back when I was in high school! The 2003 version was the first iMac that I like (design wise). The ones before that was huge and bulky, with those CRT screen. I never really considered buying an iMac though because I'm weary of all-in-one machine. What if one part fails? The whole thing, including the screen, is dead-weight. But now, my priorities have changed, and I want simplicity, and the iMac has matured since then, so I can be confident I can use this for at least the next several years, unless the fusion drive fails. There's no simple way to replace the hard drive. I'd rather call Apple. (https://www.ifixit.com/Guide/iMac+Intel+27-Inch+Retina+5K+Display+Hard+Drive+Replacement/30522) 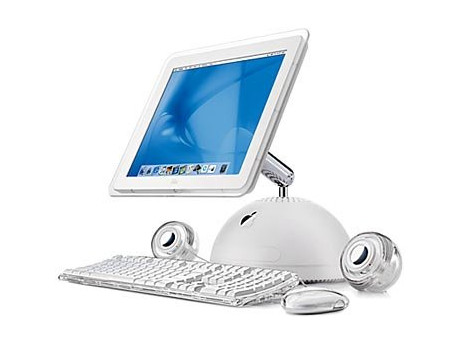 I'd get the secondd option from apple with the apple care, you state specifically that you want all your files on it and that would be the answer with better graphics and processor thrown in.
Comment

if you do any video editing, you want the 395. the above posters are mistaken on steering you towards the lesser card. also, since you have regrets about previously purchasing an underpowered machine (and who doesn't) then you have answered your own question.
Comment
You must log in or register to reply here.
Share:
Facebook Twitter Reddit Email Share Link
Register on MacRumors! This sidebar will go away, and you'll see fewer ads.
Sign Up
Top Bottom