I have an 15 PowerBook 1.67 with 1 gig ram. I got it on March 1st this year. Since then Ive had it at school, work and home. Primarily home of course. Usually its plugged into the external power source. Every so often Ill unplug it and let it drain so I can keep the battery as conditioned as possible.

This may have been the wrong thing to do, but Ive done it. Using an external display I will have the PowerBook lid shut. Ill unplug it from the PowerBook and itll just keep working of course. I can put the PowerBook to sleep using a shortcut (apple, option, eject) on my keyboard and then wake again by press of any key on the keyboard or move of the mouse.

Last night my PowerBook was registering at 95% power---plugged in. The plug was green. I had not run it down for nearly 2 weeks. I thought it was time, so I unplugged itwhile on (using an external display). The mouse disappeared and then suddenly went to sleep. I moved the mouse, pressed every key on the keyboard---nothing. Worried, I plugged it back in and rebooted. Tried everything againsame issues. Then I shut down and booted. Same thing. To reboot of course I had opened the lid and powered up. Having the external display on, I then unplugged it from its power source and then shut the lid. Nothing would wake this thing and the monitor would go to sleep as well (like the other times).

In short, while using the PowerBook I could unplug it from the wall while on and continue to work. Now, it puts itself to sleep and wont wake up unless I give it external power again.

I am not sure whats up. Is this a problem for Apple to look at?

This doesn't sound good. Just out of interest, what does the battery say when it is sleeping? Press the button on the battery and tell us how many lights come up.
Comment

What do you mean, press the button on the battery?
Comment

Isn't there a button on the battery that, when pressed, lights up a few dots showing how charged it is? It's underneath.
Comment

liketom said:
i suspect the batt mem has had it -
i would leave it plugged in for an hour or so then try powering up the system
Click to expand...

I did try that, no luck.
Also, would the battery mem go out this soon? It was a BTO from 3-1-05. Also, I don't see a button on the bottom, but even so, if it is asleep how would I know what it said?

At any rate, I've also been advised to reset the PMU so I am going to do that when I get home.
Comment

PMU and PRAM reset did not work. I'm transferring files right now so it can go to apple. Unfortunately, if they need to keep it I will have to protest because I have a paper to write this weekend and I'd like not to mess with my windows machine in trying to reinstall office.
Comment

jessica. said:
Also, I don't see a button on the bottom, but even so, if it is asleep how would I know what it said?
Click to expand... 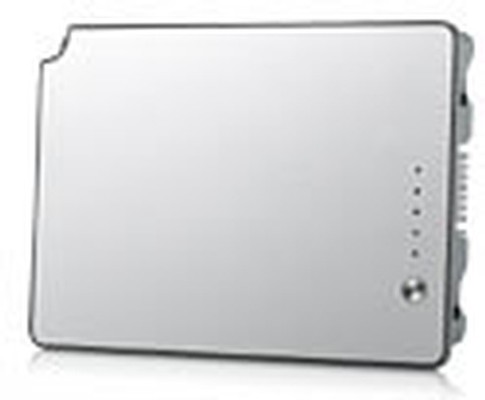 I'm hoping so. Press the dark silver button and an array of lights should come up. I'm getting you to do this so we might be able to determine whether this is a PowerBook problem or a battery problem.
Comment

Plug it in and remove the battery maybe?
Comment

Mechcozmo said:
Plug it in and remove the battery maybe?
Click to expand...

Yeah, thanks. That's a simpler way of checking.
Comment
S

Help with disk utility and reinstallation of os