Apple this week released a preliminary proxy statement in a filing to the SEC. The filing is an announcement of the 2013 annual stockholders meeting, as well as questions that will be voted on at the meeting and details of executive compensation arrangements.

Among other things, the filing details CEO Tim Cook's total compensation for 2012. His base salary for fiscal 2012 was increased to $1.4 million in cash from $900,000, reflecting "his responsibilities for the overall leadership of the Company". The bonus program for senior executives allows for targeted and maximum bonuses of 100% and 200% respectively, depending on performance of the company. 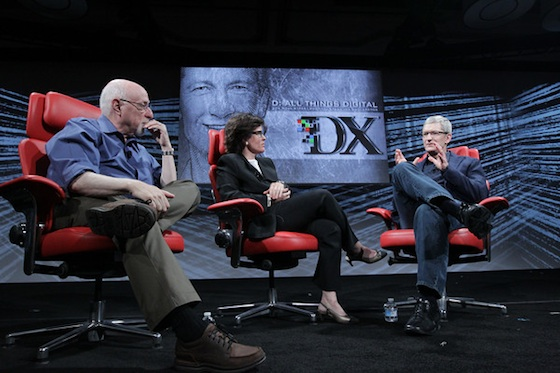 Apple also gives stock awards to executives in the form of restricted stock units or RSU's. These RSU's are awarded to executives with a certain vesting date in the future, when they will turn into normal shares of AAPL stock. They are intended to encourage officers to remain with the company, but are designed to be more favorable than stock options for tax purposes.

In 2011, Apple awarded Tim Cook 1,000,000 RSU's upon his promotion to CEO -- half will vest in 2016, and the other half in 2021. As a result, his "total compensation" was in the range of $378 million last year, though this is de facto inaccurate because, as Apple stated at the time, the award was intended to be viewed as spread over 10 years. This didn't stop Bloomberg from claiming in a now-changed headline that Cook's pay had dropped 99% from last year to this. Instead, Cook's total compensation this year amounts to just over $4 million in cash and bonuses. 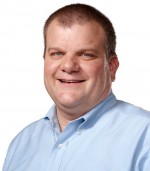 According to a lengthy disclosure in the proxy statement, Mansfield's compensation change was largely related to how the company treats the vesting of his RSU awards after he announced he was going to retire:

With regards to the shareholders meeting, there will also be votes on six proposals related to compensation, director reelection and more. The proposals are detailed in the proxy statement, but there is nothing out of the ordinary in them.

The 2013 Annual Meeting of Shareholders will occur at Apple's 1 Infinite Loop headquarters on February 27, 2013 at 9AM.

I love proxy statements in the morning!
I

Anybody else don't know what a proxy statement is?

I posted this in another thread:

Jony Ive is the only SVP not listed as an executive officer in the filing. Anyone know why? I just find it interesting because after the recent management shakeup many suggested he was the most important exec at Apple. He clearly seems to have plenty of power within the company, so it seems odd he wouldn't be listed as an exec officer. I'm assuming his salary and stock options are similar to his fellow SVPs? Unless its because he's not a US citizen?

iphone495 said:
Anybody else don't know what a proxy statement is?
Click to expand...

It's explained in the first paragraph of the article. If a shareholder chooses not to vote, the company asks for the authority to vote their shares by proxy.

With the disaster that is Maps, the abomination that is iOS 6, and all the other shoddy products, its a miracle that Apple is still in business.
D

Thanks for the good laugh in the morning... i needed it. Apples product for me (speaking only for me) have been nothing but flawless other than an imessage hiccup a few weeks ago. Maps has been amazing and beautiful. Again, I can only speak for myself but I have yet to have any issues with software or hardware.
E

Their product don't seem to be shoddy, quite the opposite in fact
E

I don't have a problem with high executive compensation when they are doing their jobs, the company is doing well on all fronts, and things are increasingly getting better as an employee.

I DO have a problem when the company is NOT doing so well, employees are forced to take cuts or haven't had raises in years (inflation with no raise is basically a pay cut), while the executives STILL rake in money.

I have a different take.

Executive compensations are obviously less about their abilities, skills etc. After all, I know a lot of good Engineers who can also manage people well make a lot less than Bob Mansfield.

No, compensation is instead based on a lifetime of choices, risks, effort and in some cases social status, in others who they have met/impressed by chance along the way.

A store worker who chooses to earn $30K year after year obviously is making quite a bit different choice than someone like Bob Mansfield and Tim Cook did starting all the way back to which school they decided to go to, what they majored in and more importantly which first job they decided to take. After all these folks didnt invent the wheel here, they merely chose to get in with a company and met powerful people at the right stage. In some cases people do what they are good at and get noticed and promoted, but to get into the realm we are talking with these Apple execs, it takes a little more than than just being good at what you do.

I am not exactly speculating here, as an engineer who works as a manager in my mid 30's and compensation putting me in the top % of incomes in the US, its still quite a leap for me to get to the levels of Bob Mansfield who obviously made different choices and risks than I did. And i know this is more to do with impressing the right people at the right time in his career over competency at his responsibilities.
Last edited: Dec 27, 2012

I can understand why some of the posts in this thread could be viewed as off-topic, but when the topic itself is the compensation of company executives, it's difficult to know where that topic ends and the topic of compensation for everyone else begins. I hoped that this discussion would be allowed to continue so long as it did not turn "political," which I don't believe it ever did.

Bubba Satori said:
$2 million a month to work for a company that only makes 11 devices and 23 adapters?
Cool beans.
Click to expand...

I apologize if this was in the off topic section that was cleaned up already, but that is just simply a false statement.

You're not taking into account all of the peripherals they design and make as well as the software they put out.
S