Hey guys, so I recently updated my 2015 MacBook Pro to Mojave. Previously, I could close the lid and have it sleep for multiple days and, say it was at 50% when I put it to sleep, it would wake up with 40-45%. This morning, I just tried to use my Mac and was unpleasantly woken up to the fact that it would turn on. At all. Not even a no battery icon. I had to plug it in and wait at least 5 minutes before I got it to boot, and when it did it was extremely slow. I just used it yesterday and I know for a fact that it was at least 30% charged. Previously, I could go probably a week of sleeping before it finally ran out.


What’s also confusing is that within coconut battery, it showed it was completely dead. So I’m guessing my MacBook didn’t shut off when it was sleeping, instead it just ran until the battery died.

I haven’t installed anything new or done anything else with the MacBook. I don’t have any Bluetooth devices or anything. Have any of you experienced this and is there a fix? I don’t exactly have time to charge my MacBook every morning before I can use it.
D

My 2014 MacBook Pro only has 161 cycles on the battery. Before Mojave I only had 99 cycles. It stays plugged in a lot to a monitor, but now if its off the charger and asleep I lose about 40% of the battery over night. Since Mojave just using Brave for 30 minutes to web browse it drops about 45-47% of the battery.

I'm probably going to downgrade at this point as its not worth it. 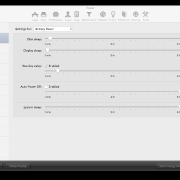 Sleep is totally broken in Mojave. High Sierra was bad but Mojave had a few too many and went all in.
You can force it to hibernate and I think you lose Find My Mac.

I just shut it down and don't bother with sleep if I'm away from my charger for an extended period. That way at least Find My Mac will work when it's turned on again (hopefully).

EDIT: It is worth going through all the settings anyway, there are things you can optimize. The Bluetooth Wake options, enable Do Not Disturb, disable Power Nap. Those won't fix the issue but they might mitigate it somewhat.
0

Issue is caused by 3 hour default until sleep turns to hibernate. I changed this setting to 30 mins and now battery behaves normally. (something in standard sleep is causing too much drain).....
sudo pmset -b standbydelay 1800
Reactions: inkhorn
D

Noticed that too. Standby time is just trash now on Mojave.. Its sooo bad now im turning off my notebook instead of putting it on standby.

0009827 said:
Issue is caused by 3 hour default until sleep turns to hibernate. I changed this setting to 30 mins and now battery behaves normally. (something in standard sleep is causing too much drain).....
sudo pmset -b standbydelay 1800
Click to expand...

I did a clean install of Mojave and somehow mine was set for 24 hours. Craziness.
Reactions: martyjmclean

My MBP on Mojave 10.14.3 has a standbydelaylow? of 3 hours and standbydelayhigh? of 24 hours by default.

I had this issue as well. I solved it by enabling deep sleep (hibernate mode 25) and lowering the standby time to 3 minutes.

You can do this by running the following terminal commands:


Code:
Battery drain overnight has gone down to (almost) zero. Wake time from sleep is a bit longer though (about 5 seconds more in my case), so there is a small trade off there.

Has this issue been resolved in 10.14.4? It certainly appears much better for me now. I left my MacBook Pro sleeping for several hours yesterday and it only lost 1% whereas before it was losing 5% or so in just an hour.
Reactions: martyjmclean
You must log in or register to reply here.
Share:
Facebook Twitter Reddit Email Share Link
Register on MacRumors! This sidebar will go away, and you'll see fewer ads.
Sign Up
Top Bottom