How can I make the Aluminum Space Gray look more expensive?

I have the plain black sport band right now on the space gray 44. Not really a fan of the milanese look, but I really like the look of the Hermes bands. Wonder if they would go at all with the sport. Kind of regret not getting a Hermes AW but too late now. Any other more stylish/expensive looks for the sport watch you guys recommend?

I dunno. It's a new piece of technology meant to be upgraded every year. I can't see the difference in the various AW models. It's not a Rolex or Patek.

There's the leather bands that seem to clash too much, Hermes like you said, or the Milanese, or Link versions from Apple.
Reactions: MJ22
Comment

I've always liked this watch band with my space gray aluminum AW for a more dressed up look. As a bonus it's cheaper than the leather bands that Apple sells and I think it matches better too. I picked it up from Nomad. 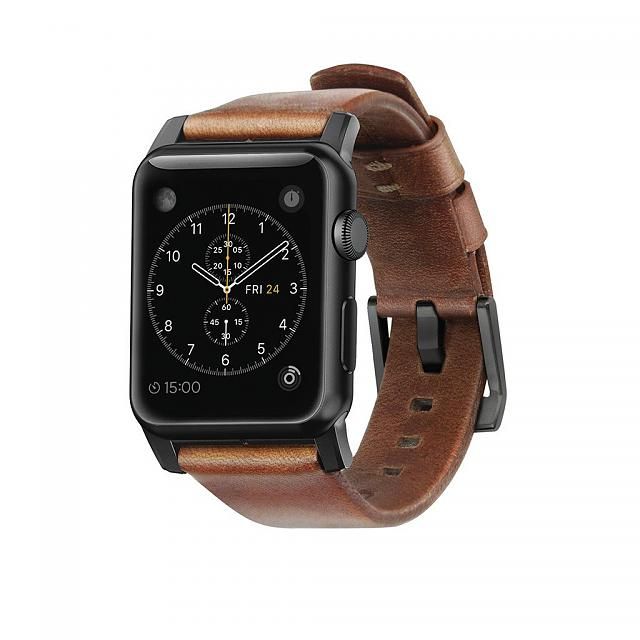 Expensive? Dressy? Not sure what exactly you are looking for? Maybe a wrap in hundred dollar bills if it needs to look expensive? Nicer?...pick a quality band. I try not to make my stuff look expensive. Like people who change the labels on their cars to look like they have a bigger engine when they don’t...that stuff just irks me. Smh. I saw a lady with a shiny case in her aluminum so it looked more like a ss. At first glance it then looks more expensive but once you can tell it looks not so cool.
Reactions: yui4, MJ22 and CarlJ
Comment

Making it "look more expensive"? That seems foolish. bodonnell202 is correct that some of the third-party leather bands can look quite nice. twanj is wrong about it being meant to be upgraded every year. It's more like a car: sure, you could upgrade every year (and the car dealers would love you for it), but it's much more reasonable to upgrade when the accumulated benefits of newer models outweigh (to you) the cost up upgrading - I'm wearing my first-day-purchased Space Gray Series 0, and the new Series 4 is the first time I've felt a real twang of wanting to upgrade (for this year's larger screen, plus the accumulated benefits of faster CPU and waterproofing). tl01 is on the right track - if you want it to look more expensive, try wrapping hundred dollar bills around it. Or maybe get a silver sharpie and write "I am rich" along the black sport band. Or maybe get a heavy solid gold chain to wear on the opposite wrist. Or find someone who is selling one of those Series 0 watches milled out of actual gold. But all of those things tend to say "I am desperate for attention" more than "I am wealthy".

If you'd really rather have one of the Hermes models (they're pretty, but they don't meet the desirability vs. cost tradeoff for me), even though you're likely past the official 14 day window, it may be worth visiting an Apple Store (with packaging and other original bits in a bag, or out in the car), and asking if it would be possible to exchange your aluminum model for the Hermes model (paying the difference, obviously). They have some leeway in such decisions, I'm told. But they may say no. If that doesn't work, you could sell yours as "barely used" and likely get back much of the cost, and put that towards the Hermes.

I have a space gray aluminum Series 0, along with one of the original black Leather Loop bands (which makes it look about as refined as an aluminum smart watch can look - it's quite nice, actually), and more of Apple's Sport Bands than I care to think about, which I swap daily to match my outfit, mood, or whim. At the moment, I'm wearing the top half of the Light Pink band and the bottom half of the Mint band, which amuses me, and delights my nieces. But I prefer people judge me on my words and actions, rather than on what watch I'm wearing, or how expensive my accessories look.
Reactions: twanj
Comment

Sorry, let me rephrase that I mean to upgrade my watch more often than my iPhone.

The Apple Watch isn't timeless, it's a piece of tech.

What's going on, & the health stuff, is much more interesting/exciting with the watch than the phone (to me).
Reactions: CarlJ
Comment

Virgo said:
I have the plain black sport band right now on the space gray 44. Not really a fan of the milanese look, but I really like the look of the Hermes bands. Wonder if they would go at all with the sport. Kind of regret not getting a Hermes AW but too late now. Any other more stylish/expensive looks for the sport watch you guys recommend?
Click to expand...

Try having a look on Etsy. There are quite a few handmade leather bands that’d go nicely with the space gray (with matching adapters/lugs), if that’s what you’re looking for.
Reactions: Virgo and twanj
Comment
E

I have an SG Aluminum 44mm and I use a Faux Hermes copy I picked up from ebay.

I have this band for my Series 3 Space Gray Aluminum Sport:

Looks classy and i love the simplicity of it
Comment

they extended the return window for apple watches. you can contact customer service online to see if you can exchange your watch.
Comment

Do you want real expensive accessories, or just look like it is expensive ?

I would go with diamonds 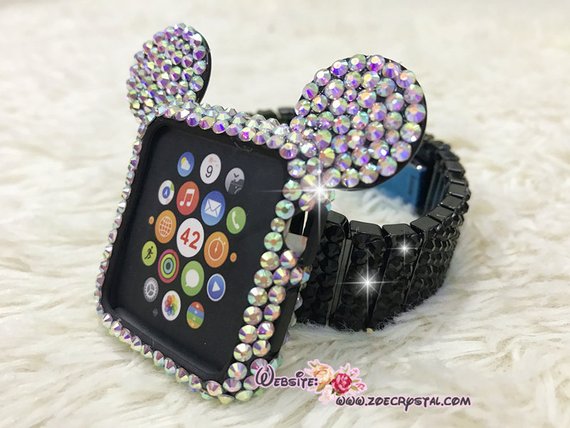 When I first saw the title of this thread I figured it was a @Hieveryone post.

You cannot make something "look more expensive." Especially when everyone can see it's an Apple watch, and the price range is a known factor.

EOB said:
I have an SG Aluminum 44mm and I use a Faux Hermes copy I picked up from ebay.
Click to expand...