Just curious. I've been holding out, but not sure if I should get this or the Mac Mini.

pers0n said:
Just curious. I've been holding out, but not sure if I should get this or the Mac Mini.

Well, if you're fine waiting, you'll know the answer. No one here has any special insight so it's not a great idea to base your buying advice on the internet voices.

I would say however that pro Mac pricing has drifted slowly upward over the years, and it's fair to say that at the lowest a Mac Pro SKU would probably run $2499 or higher.

I would love to see a return to the good old days (remember the $1299 Power Mac G4?) but given Apple of late, it wouldn't surprise me to see $3500+
Reactions: rbrian and apolloa

Oh, yes. You're including the Thunderbolt surcharge.
Reactions: Cape Dave, user_xyz and Spoon!

I think it will range from like $3,500 to $25,000 depending on the customization.
Reactions: stevekr, Dr. Stealth and user_xyz

I have no idea but I have been drinking one of these a day in anticipation! 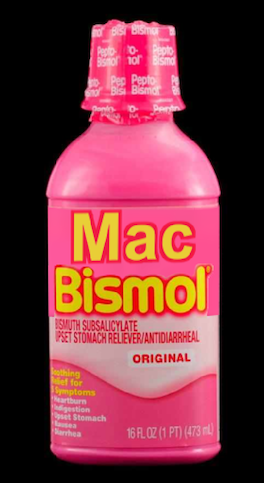 Look at the Imac Pro price.
The Mac Pro will be Insanely expensive.


pers0n said:
Just curious. I've been holding out, but not sure if I should get this or the Mac Mini.

I think it'll start at $6499, but it will be very generously equipped to start.

10 or 12 core starting processor, some version of Xeon SP (not Xeon W, because they want access to processors with more cores than iMac Pro and possibly to dual-processor options, which means the big socket). They may well get ahold of semi-custom Xeon SP SKUs that eliminate the 4 and 8 way multiprocessor possibilities, but are less expensive than fully-enabled Gold and Platinum chips. Intel is already doing this with the recently pre-announced 28-core hyper-enthusiast chip (that's not going to be an 8-way capable, $10,000 chip like the Xeon Platinum it's based on). It'll be interesting to see what Intel charges for that chip...

Navi based graphics significantly outperforming the Vega 64 in the top iMac Pro.

Probably 2 TB SSD standard, with 4 and 8 TB options. I'm hoping for M.2 PCIe SSD slots in addition to the standard T2-controlled SSD. They won't let us boot from anything but an Apple-supplied SSD, but they may very well allow user-added storage drives.

How high will it go? I think it'll clear $20,000 easily in a maximum configuration, and how much higher it can go will depend on a few design decisions by Apple.

2.) What will be the maximum graphics offering be, and does it support dual graphics? If all the graphics offerings are in entry-level to midrange workstation territory, we don't know what the Vega and Navi ranges will look like, but I could see the maximum (single) card being only a $1500-$2000 upgrade. If they offer either really high-end or dual graphics, it could be much more... HP offers up to ~$7000 graphics cards on the Z6, and it'll happily take two of them...

Will Apple actually sell any of those configurations? Maybe, maybe not - if they sell any of the real monsters over $30,000 at all, it'll be a very small number, almost entirely in Hollywood.

Another interesting question is what user expandability will be... What will Apple let us avoid the Apple Tax on? Here are some (hopefully educated) guesses... From most to least likely.

User-accessible RAM slots: 90% (most likely 12, reasonable chance of only 6, outside chance of 24 in dual-processor models). RAM will certainly not be soldered, but there is a small chance it's hiding behind "service tech only" screws or heat sinks.

Add your own internal storage: 75% (either 2 or 4 M.2 PCIe storage slots in addition to a required T2-connected SSD). The chances of being able to replace the primary SSD yourself are lower, and that will certainly require a part bought from Apple.

Replaceable AMD graphics (custom boards): 65% (either users or service personnel have a better than 50-50 chance of being able to switch graphics cards or perhaps add dual graphics - these will not be standard PC-type PCIe GPUs - they have to output over the built-in TB3 ports, rather than the card's backplane, and there will be NVidia-proofing).

PCIe x4 slot(s): 50% (won't be fast enough nor support enough power for graphics, but there's a decent chance of a slot or two for your audio interface without resorting to an external box).

Replace the processor or add a second: 30% (depends on cooling system - much higher chance OWC or some other upgrade shop unofficially figures out how to do it). If there's a dual-CPU option at all, it may well be factory-only, not least because it could be a modified motherboard, power supply or both.
Reactions: Larvas and macsforme

6999 for base model
Reactions: stevekr

The thing with GPUs and PCIe slots is that before, we needed PCIe slots to add things like USB3 cards and AV interfaces. Now that USB3 is on the system and AV cards are going external and TB3, the main reason we want PCIe slots is to add and upgrade GPUs. Giving us slots but not allowing GPUs to be used on them is pretty pointless and defeats the point of us wanting slots to begin with.

And with the AV cards we used to a PCIe card plus an external box for interfaces etc. With TB3, we still have that external box minus the cards, and I can easily take it on the road with me and use it on a laptop.

JesterJJZ said:
With TB3, we still have that external box minus the cards, and I can easily take it on the road with me and use it on a laptop.
Click to expand...

We have an external box that can't capture 8k footage, the way a pci card can.

As to price, it'll cost the same as an iMac Pro for the same hardware, but you'll get some sort of configurability as a tradeoff for not getting a display with it.

There will be no option of "give apple less money than you'd give them for an iMac Pro, and go buy a monitor from someone else".
Reactions: greenmeanie and OS6-OSX
C

Base model probably in the ballpark of the iMac Pro base configuration, with options that clearly set it apart from the iMP all the way up from that. I expect the Mac Pro to have some feature that gives it a leg up in any config - dual CPU and/or another attempt at dual GPU as part of the base design perhaps.

At any rate - 3000? That's barely a decent MBP configuration these days.
A

Everyone keeps pointing to the iMac Pro for pricing insights into the Mac Pro, but I think the recent Mac Mini refresh tells us at least as much. The fact that you can spec up a Mac Mini to 64gb of RAM, 10gbit ethernet, and 2TB of storage implies that there will not be a low-end configuration of the new Mac Pro like we've seen in past generations. The people in 2013 who were buying the base 6 core Mac Pro are going to find out that they are no longer in the Mac Pro target audience. Apple expects them to buy a top-spec Mac Mini now (which isn't crazy, really).

I think the Mac Pro is going to start at an eye-watering base price, but as @danwells speculates, it will be very generously equipped to start.
Reactions: turbineseaplane and brandair

Well it would make sense to offer 'entry level' options to satisfy most of the potential user base. If you start at 6k or whatever and move up from there - who's going to buy these machines? I don't think Apple sees themselves in the highend-niche/visualization business at all.

Do they even have any software in that space where people don't blink at system prices in the 5-digits?

th0masp said:
Well it would make sense to offer 'entry level' options to satisfy most of the potential user base.
Click to expand...

What would the differentiator be between the 'entry level' Mac Pro and the top-spec Mac mini?
S

Nugget said:
What would the differentiator be between the 'entry level' Mac Pro and the top-spec Mac mini?
Click to expand...

They need it to be around $2999 for base model. And, remember that this is a "modular" Mac Pro. So, a base model can hit $2999. And, then more $$$ is needed to acquire the "modular" part of it, which I assume would be around $2000, with a similar GPU in the base Mac Pro, thus creating a 2-GPU system, like the 2013 nMP. But, this $2k "modular box" is a closed box similar to the Black Magic eGPU. Except, it doesn't use TB3! Apple has invented a new connector that doesn't limit its bandwidth for GPU cards. Thus, the $2k asking price. There is a $3K bigger "modular" box that has a bigger PSU, 2-4 PCIe slots and can fit an Nvidia RTX Titan card (sold separately). This is an empty box though and is $3K. Pick your poison!
Reactions: H2SO4

Nugget said:
What would the differentiator be between the 'entry level' Mac Pro and the top-spec Mac mini?
Click to expand...

A builtin GPU (-module) and the number of possible CPUs/cores. Also the RAM ceiling. Basically - with the MP you will have an upgrade path.

I would guess $2999 for base as well. Maybe $3999. They're going to want to sell you the new monitor and upgrades too, so I can't see them pricing the base too high.
You must log in or register to reply here.
Share:
Facebook Twitter Reddit Email Share Link
Register on MacRumors! This sidebar will go away, and you'll see fewer ads.
Sign Up
Top Bottom