As we already know, the new Haswell MBA, which features the new 1.3GHz processor, is already out. One of the most popular benchmarks (geekbench) show that processor is only 10% slower than the 2.5GHz i5 found in the 13" rMBP.

I presume that little difference is due to the maximum turbo boost of both processors. However, I do think there must be situations where the MBA and MBP won't be able to turbo boost so they will have to resort to their base frequencies and in those cases the MBP should be around twice faster. I also presume if one doesn't force their macbook into such a situation, the difference in processor speed between both computers is negligible and choosing a MBP over a MBA solely because of processor speed is not so smart in this case.

My question is what situation can force the processor inside MBA and MBP into a situation where it won't be able to turbo boost? Games, lengthy video encoding, or? How faster is the MBP in such situation? Are there any benchmarks that can prove this? It's very hard to believe an i5 1.3GHz processor can always be just 10% slower than a 1 generation older i5 2.5GHz one.

So it seem the difference is only 10%

Edit
And by the way the difference in 13" retina i7 @2.9GHz and haswell MBA i7 @1.7GHz is even more ridiculous - 7452 for the former, 7298 for the latter. Is it possible that the Haswell processors are that more efficient? I just can't believe it.
D

As pointed out the CPU is a bit slower, but the GPU in the new MBA is quite a bit better than the rMBP.
B 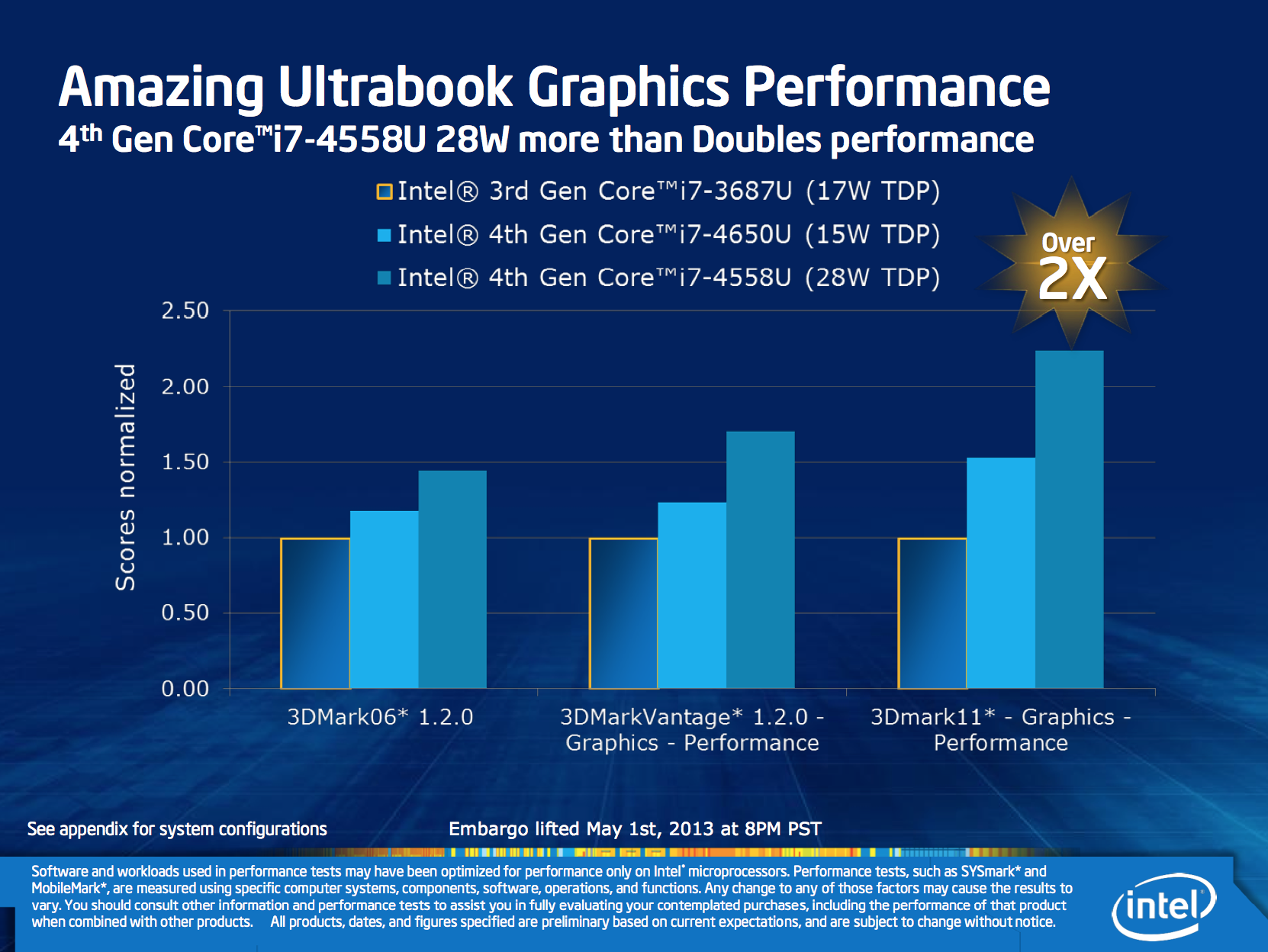