How to Make Icons and Fonts Bigger on Apple Watch

The Apple Watch screen is small. So small that it can be difficult for some people to read messages and other text on the device. Also, even though the Home screen icons get bigger when they are centered on the screen, you might find yourself accidentally tapping the wrong one more often than you'd like.

Apple has included a couple of accessibility features that make dynamic text larger on the screen, and there are options to make all of the icons stay big on the Home screen instead of shrinking and growing when they are not centered. We have a tutorial to show you how to enable these features. 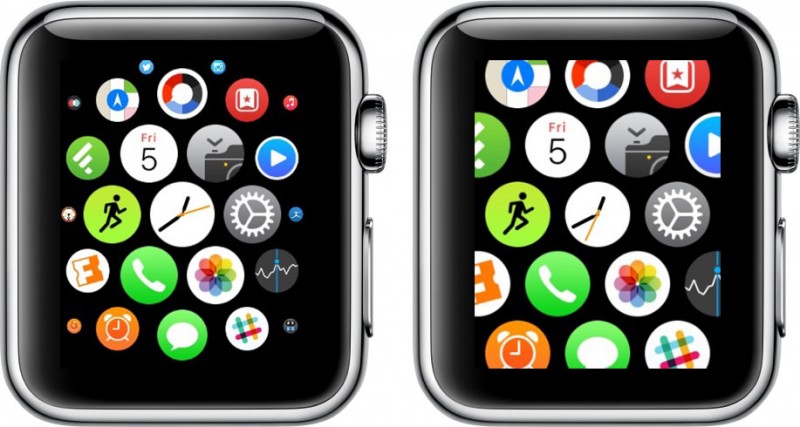 The same feature that helps keep people from getting motion sickness in iOS 8 makes app icons larger on the Home screen on Apple Watch. It makes it a little bit easier to tap those tiny icons.

Tip: If an app is centered on the screen, you don't even have to tap it to open it. Instead, rotate the Digital Crown to open the app. The hard part is being able to tell which app is centered.

Article Link: How to Make Icons and Fonts Bigger on Apple Watch

If you would like to discuss the general topic of how-to articles at MacRumors, there's a forum feedback thread where you're welcome to do so.

If you would like to discuss adjusting font and icon sizes on your Apple Watch, this is the place.
Reactions: casperes1996 and ArtOfWarfare

What's the weather app shown in the glances?

SixSlinger said:
What's the weather app shown in the glances?
Click to expand...