The Now Playing app provides quick access to playback controls on your wrist, as well as track options like Love/Dislike and Delete From Library. You can also turn the Crown on your Apple Watch to adjust volume, which is handy when you're listening on AirPods or other headphones that don't have built-in volume controls. 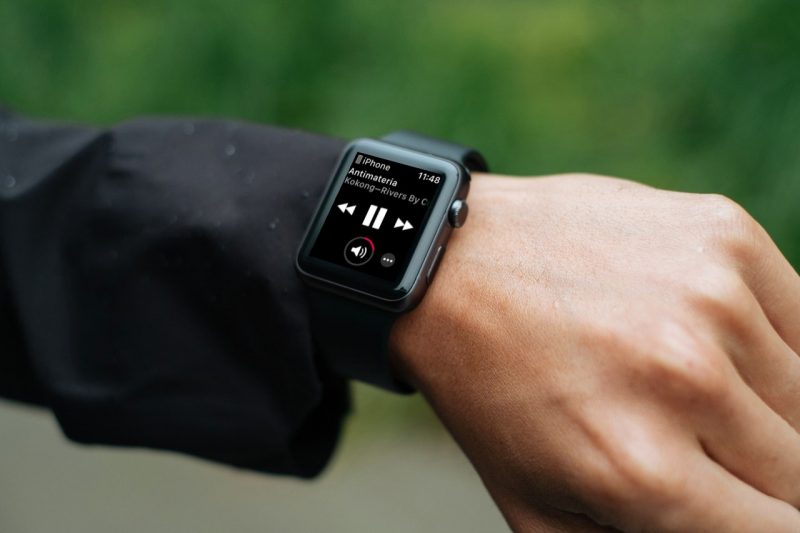 You might not like the way the Now Playing app automatically appears when you play audio on your iPhone. If you just want to see your watch face when you raise your wrist during audio playback, you can turn off the default behavior by following the first set of steps below.

It would be nice to be able to enable 'Now Playing' based upon the paired device. For example, when the phone is streaming to the car, I don't need 'Now Playing' from the watch - I can use the car controls.

When the phone is streaming to my AirPods, then auto-'Now Playing' would be my preference.
Reactions: 4487549, TimSHB, randy99 and 1 other person

Handy tip, thanks Tim. Was wondering about this. A little irritating default behavior for me, as Now Playing appears with anything with an audio feed (YouTube stuff, web videos, etc.). Never really explored watchOS as thoroughly as I should’ve.

This is great! Was wondering about this.

Well it is my favorite app on the Apple Watch, I am immensely grateful it works the way it does by default. I listen to podcasts via Overcast every morning on the long dog walk with Air Pods, and the ability to instantly adjust volume via the crown, skip back/forward 30 secs, pause or play is things I do constantly - talking to people, load street noise, etc. etc. My phone never comes out of my pocket. Far and away the most useful feature on the Apple Watch
Reactions: centauratlas, SantaFeNM, 98 others and 1 other person
3

I love this feature.
Reactions: centauratlas, Mike Oxard, 98 others and 1 other person
B

rturner2 said:
I love this feature.
Click to expand...

I love the daily coaching too. Different strokes for different folks...that’s why I’m glad we have options!
Reactions: centauratlas

Now, how do I stop the “now playing” to auto launch when I use the workout app in the watch?
I don’t even listen to the music on the phone when doing my workout.

steve217 said:
It would be nice to be able to enable 'Now Playing' based upon the paired device. For example, when the phone is streaming to the car, I don't need 'Now Playing' from the watch - I can use the car controls.
Click to expand...

This would be great, while driving through winter my coat was nudging the crown, continually adjusting the volume.

When I try to add the “Now Playing” complication I do not see it. When I try to add it in one of the small boxes I only see the music complication which is for playing music on the watch and doesn’t seem to have an effect on the music I am playing on my phone. Am I doing something wrong? Or is it only available in the middle/short/wide box?

I actually was sitting at the ATL airport and noticed this girl in front across from me that had the "Now Playing" card up on her Apple Watch. I knew how frustrating it was that this kept showing up for me, so I walked over to her and said "I know I'm a total stranger, but if that annoys you, let me show you how to fix it" to which she quickly responded "YES PLEASE I GOOGLED HOW TO STOP IT FROM POPPING UP BUT I COULDN'T GET IT TO STOP".
Literally went *click*click*click* and she gave me a hug. A perfect stranger gave me a hug for fixing this for her.

I'd like Now Playing to show up when I'm actually listening to music or an audiobook, but not pop up when browsing an article that happens to have a video playing. Selectively picking which apps auto-start the Now Playing app would work...

How to Enable the 'Now Playing' Complication
Before following these steps, make sure you're using a watch face that accepts text-based complications (Modular and Activity Digital are two such examples.)

Article Link: How to Stop Your Apple Watch From Launching the 'Now Playing' App When Audio Plays on Your iPhone
Click to expand...

yallmeansall said:
Here's my problem: Both on WatchOS 3 and 4, "Now Playing" has never been a complication available to me. All other parts of your good article I am aware of and they work well for me, but I cannot get the super useful "Now Playing" feature to give me a complication as an option.
Click to expand...

the Now Playing complication is no longer an option in Modular.
its available in chronograph

jrummer said:
the Now Playing complication is no longer an option in Modular.
its available in chronograph
Click to expand...

It is for the larger middle complication.
R

What do I do if the auto launch option is disabled (checked both on the watch and in the iPhone app) but the media controls keep showing up? This is driving my crazy ever since I got the Apple Watch two months ago. Already tried resetting it but the toggle still doesn’t change the behaviour of the media controls...

Can we revisit this now that watchos8 is out? Wake Screen is no longer a setting.
Reactions: BrBarry
B

goneeuro02 said:
Can we revisit this now that watchos8 is out? Wake Screen is no longer a setting.
Click to expand...