How to Use Your Mac's Media Keys to Adjust Speaker Volume on a DisplayPort, HDMI, or Thunderbolt Monitor

If you connect your Mac to an external display, you may find that the Mac's on-screen and keyboard volume controls are disabled. That's because HDMI, DisplayPort, and Thunderbolt connections carry a fixed volume digital audio signal, so the external device (in this case, a monitor) controls the sound level.

This can be frustrating if the volume controls on your external display are concealed in the bezel or buried in a fiddly on-screen menu. Fortunately, it is possible to re-enable your Mac's native volume controls and use them to adjust the sound level coming out of your monitor's speakers. The steps below show how it's done, although you will need administrator privileges to follow them.

Article Link: How to Use Your Mac's Media Keys to Adjust Speaker Volume on a DisplayPort, HDMI, or Thunderbolt Monitor 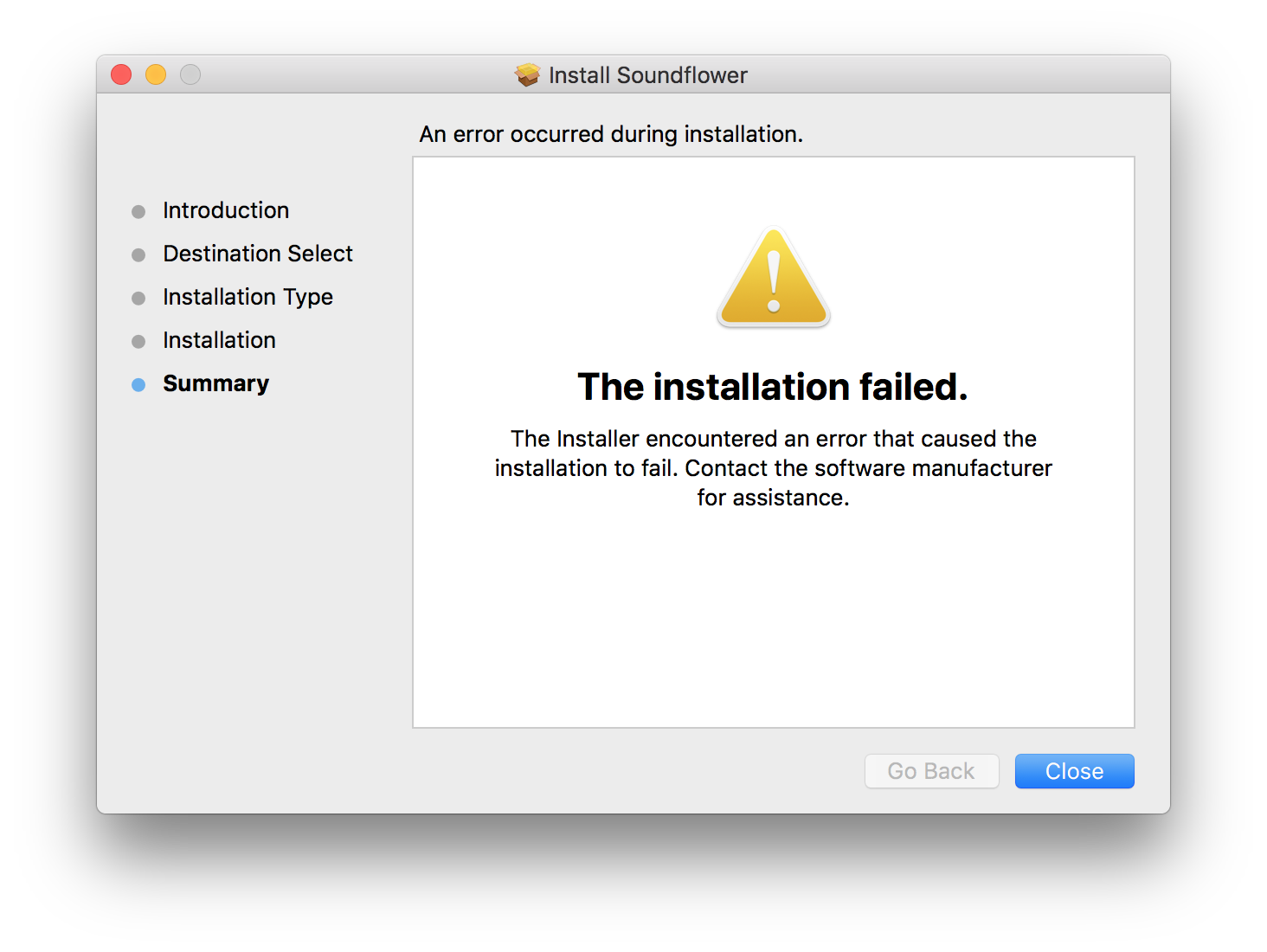 Thank you guys so much for this!

I've actually had Soundflower installed for nearly a decade for capturing system audio while screen recording. I'd never thought to use it like this.

I noticed a bit of a lag when adjusting the volume, but I don't think it carries over to other audio; lip syncing seems alright.
Reactions: Borin and timmyh

I’m not definite on this, but it looks like you missed step 3. You have to open the package using the control key, otherwise macOS won’t allow it to complete installation.
M

Oh thank you! I just picked up a new Mac mini and two 4K monitors with speakers (connected via DisplayPort) and it bugged the heck out of me that I had to adjust the volume either in app or with the hardware keys on the monitors.
Reactions: livinglist
K

Thank you! Having to adjust the volume from the screen menu system was getting tiresome. This is very helpful!
Reactions: AngerDanger

timmyh said:
I’m not definite on this, but it looks like you missed step 3. You have to open the package using the control key, otherwise macOS won’t allow it to complete installation.
Click to expand...

I thought I did that the first time, but just to be sure I tried again, and it did not work for me. ): (I did run the uninstall script first to see if that would help, but it did not. Perhaps I'll try a restart to see if, after that, it will work.

I installed this once 10 years ago and it conflicted with other audio apps. It took me 5 years to figure out what the problem was and get rid of the driver (by finally doing a clean install). Never again.
Reactions: ikir, biziclop, mathcolo and 2 others

Make sense that because it's a digital signal it would be harder to adjust the "volume" but you would think there would be some CEC like mechanism so the volume control on the system can adjust the monitor/external device volume.
Reactions: dbarron, BobMcBob and jimthing
A

Kinda hacky, though, right? Switched to 3.5mm jack plugged into the computer for this reason and just output to headphones to my speaker. Old school but pretty reliable. Thinking of switching to Sonos for my music due to this stupidity.

Edit: if I plug my Mac into my monitor via USB-C, the sound controls work when output from the computer as MacBook Pro Speakers and 3.5mm to my speaker. Awesome!

Not at my desk now, but for this to work, we should leave the speakers turned up to the max we will use them so it has the amplification when needed, right? I have a decent set of older Bose desktop speakers turned on their sides under my display that I probably should upgrade but was wanting to wait until I upgrade my desktop (probably iMac) and get some better studio monitors (recommendations anyone?). My display only has a stereo jack on the back for audio. I have an HDMI adapter box for an older TV downstairs that can split out audio to analog and optical so I should try that sometime.

I remember using this app around 8 years ago when I had some tricky audio stuff going on in college and I remember it had problems crashing. Hopefully it’s better now.

I kinda regret not getting the USB-C version of my display which seems to allow control over this, but it cost 50% more for the same picture quality and features aside from the USB-C addition. Maybe I should have waited for prices to come down, but my display at home was positively ancient (2008) and even though it was a high quality polarized IPS display, it had color shifted to hell beyond further calibration and had a few scratches from moving a bunch. No way I was going to put that in the new studio space I had just finished building.

I guess an alternative is to just plug it into my Mac directly since it still had a headphone jack, but I also use those speakers for my Xbox One X sometimes, so I would need an HDMI audio splitter from the Xbox or to unplug things behind there every time. Ugh. It’s nearly 2019, I wish these things just worked!

My 4K monitor has no built-in speakers (which is entirely ridiculous that all monitors do not come with built-in speakers, but I digress), thus necessitating desktop speakers plugged into the monitor’s 3.5mm jack.

For context, I use a 13” rMBP in closed-mode outputting to the 4K monitor. I won’t be plugging the speakers into the rMBP’s headphone jack, so, that option is out.

ChromeAce said:
I installed this once 10 years ago and it conflicted with other audio apps. It took me 5 years to figure out what the problem was and get rid of the driver (by finally doing a clean install). Never again.
Click to expand...

The need for this hack demonstrates Apple's lack of forethought both in its hardware and in its software.

I personally would not bother with this since it can cause more problems than it solves.
Reactions: joeyp000, ZZ Bottom and daabido
X

Apple really should add native support for this in macOs. Every other OS (at least Linux and Windows) are able to adjust the volume when audio is delivered over HDMI/DP.
I’m waiting for this functionality to be added since forever...
Reactions: insomniac86, Oberhorst, jagooch and 1 other person

djlythium said:
entirely ridiculous that all monitors do not come with built-in speakers
Click to expand...

I wouldn't want a monitor with built-in speakers, because I'm certainly not willing to pay for some plastic piece of crap I didn't ask for. The video and the audio are two separate systems.
Reactions: Borin

I just found this solution on my own about a week ago I have a gpudock setup and use the audio out on my monitors to hook up to my speakers. I wanted to control the audio with my buttons like windows does natively. I got this working but it caused sleep issues so uninstalled it..it’s stupid this this is such a problem on a mac

The built-in "Audio MIDI Setup" (in Utilities) can do this, and output to more than one speaker at a time.

This is one of those annoyances MacOS has had for a long time. I'd love to be able to adjust system volume when using toslink out!

The problem is the Soundflower utilities cause system instability, so I don't use them. I haven't heard of any other way to do this though.

If your install fails, it's likely due to a security protection block by your Mac.

To fix:
1. Make sure System Preferences is *not* open (otherwise this may not work. You can start over if you miss this step).
2. Run the installer.
3. When you get to the last step that says "The Installation has failed", leave this window open (important).
4. Now open system preferences. Go to "Security & Privacy" and under the first tab you should see a new message at the bottom saying: 'System software from developer "MATT INGALLS" was blocked from loading.'. Click "Allow" (the message will now disappear). - see screenshot below.
5. Close System Preferences. Close the failed installer window.
6. Re-run the installer.

All should work as expected now. Enjoy. 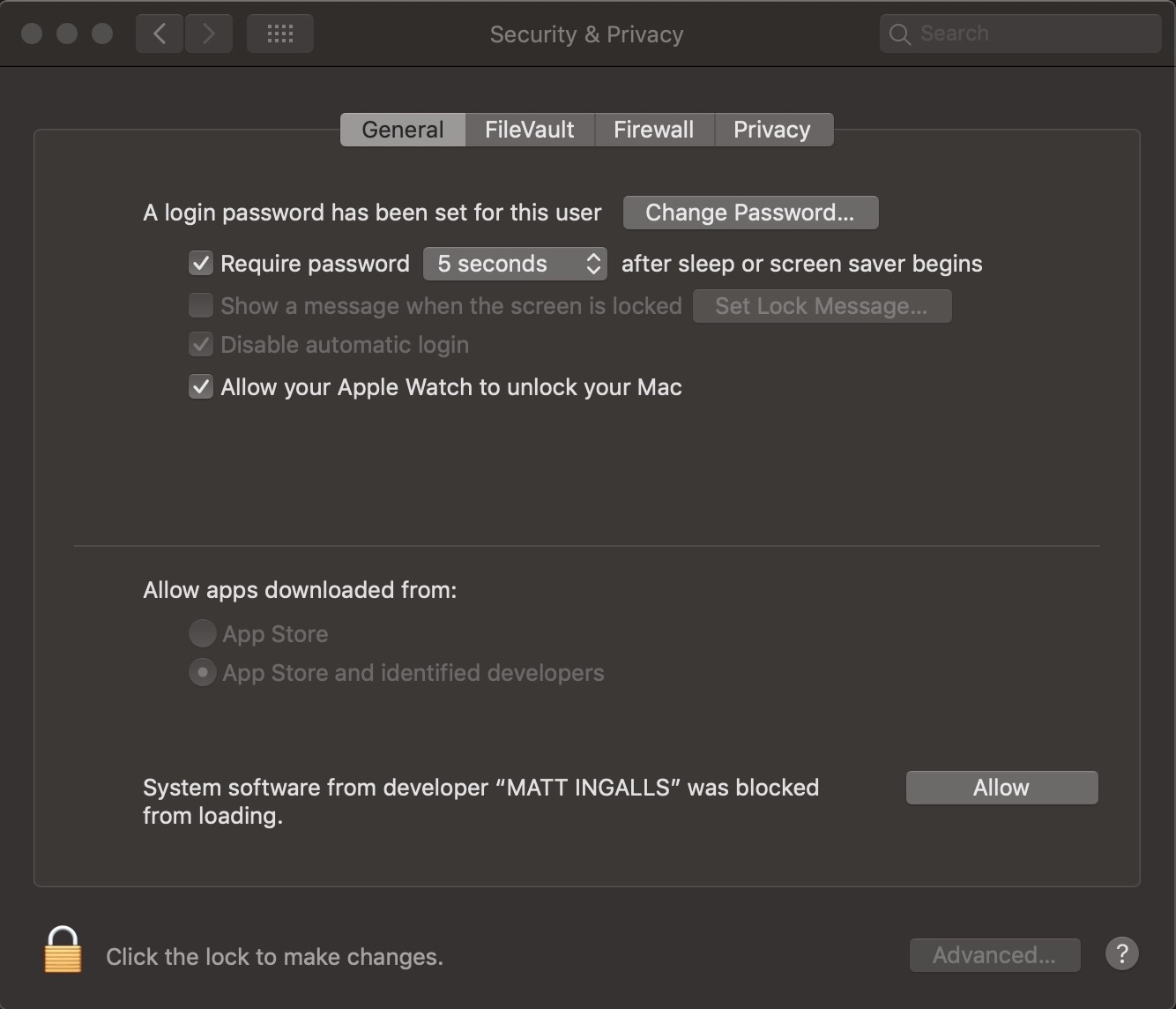 Sound flower WILL degrade your audio.

The reason Apple locks “volume control” on these audio interfaces is because the DAC in them does not support volume control.

It’s a huge mistake to use Soundflower, and I’m very disappointed to see macrumors posting such naive advice.

I dug up a presentation from a DAC manufacturer which explains it better:
http://www.esstech.com/files/3014/4095/4308/digital-vs-analog-volume-control.pdf

What is this app/kext actually doing? Does it tell your monitor to adjust the gain on its audio amplifier (perhaps via CEC over the HDMI link) or is it digitally boosting/cutting the digital signal being sent to the display?

If the former, this is the way it should work. If the latter, any output level other than the default is going to end up degrading the quality of the sound.

I just don't install unsigned apps anymore. I suggest the developer get the app signed. Apple offers a system to do this outside the app store.

Tinyspace said:
The reason Apple locks “volume control” on these audio interfaces is because the DAC in them does not support volume control.
Click to expand...

Exactly this.
By messing with the raw digital signal you aren't outsmarting stupid Apple engineers, you're basically throwing a blanket over it and calling it volume control.

But again, if it's a monitor with crappy built-in speakers that you're trying to control, hack away.

Wouldn't touch this software with a 10 foot pole, considering it hasn't seen an update since 2014 (the release on github's title has been updated though), and I remember well having kernel panics, and other major issues, as a direct result of this software. This was awhile ago, so perhaps something changed when it was last updated in 2014? Who knows. I wouldn't trust it, personally.
You must log in or register to reply here.
Share:
Facebook Twitter Reddit Email Share Link
Register on MacRumors! This sidebar will go away, and you'll see fewer ads.
Sign Up
Top Bottom