HTC is now shipping the U Ultra, in the US

Did anyone order this phone? Thoughts?

HTC is now shipping its $749 flagship, the U Ultra, in the US

Just under two months ago, HTC unveiled two new handsets, including its new flagship-class phone, the U Ultra. Earlier this week, the company updated its website in the US, revealing that it would begin shipping the device on March 10.
Click to expand...

That being said, it is not the most elegantly engineered device and the materials leave something to be desired, too. For example I am constantly having to wipe off the camera lens. It's ALWAYS covered in smudges. There doesn't appear to be any kind of oleophobic coating on it. Drives. Me. Nuts.

Compared to my S7, whose camera protrudes about the same and is the same size yet is rarely smudged, it's too messy to bother with. When I know I will want to take pictures, even though the HTC 10 shoots some amazing photos, I'll tend to grab the S7 or iPhone instead.

Considering the S7 and HTC 10 ran neck and neck in price, it's really off putting that HTC skimped on that. That one little detail seemed like such an odd thing to leave off and though seemingly minor, it makes a big difference in one's overall impression of the phone and the company that made it. To come so close to perfectly realizing that particular design and then do something that stupid...I wondered about their decision making process.

But I told myself "at least they got close". I shrugged and assumed future endeavors would only be a refinement of a fabulous concept. They made their mistake and it's all up from there. Next ones are going to hit it out of the ballpark and everything will make sense.

So now that brings me to the U-Ultra. I gave it a look. 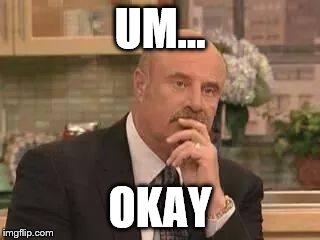 Then I gave it another look. 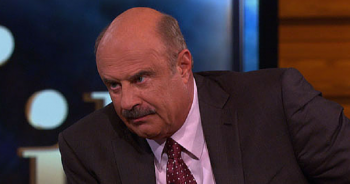 Then I threw my hands up and sighed... 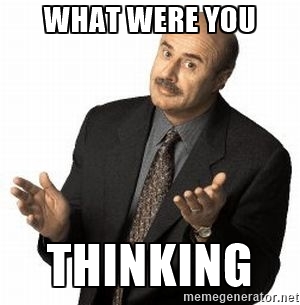 The design is just so...clunky looking. They phoned it in, pardon the expression. The only thing that grabbed my notice was their promise of immersive directional stereo audio recording for videos from the four mics.

But that's like saying I saw a $100 dollar bill sticking out of a pile of dog poo. Yeah I'd look and take a moment to imagine how I could retrieve it and salvage it...but ultimately it's too unappealing to bother unless I'm desperate. Which I'm not, so...moving right along...

There was no attempt to refine anything. Like redesigning the case to have the camera lens stick out less? Nope, not this time. No attempt to do anything exciting with the bezel space like return to their front facing boom sound stereo roots. Even before Samsung's and LG's near bezel free designs were leaked, customers were starting to demand that if big bezels have to exist, put good speakers on them. So it should have been obvious to revive that feature that helped make their name before.

They just seemed to copy a few trendy elements from other companies and throw them in to see what sticks. Like the V20's secondary little screen.

Like their AI Assistant that's sorta like Bixby, but not really. I'm sure a lot of work went into it, but how much actual contemplation did they give the concept itself? Is it really going to help? Is it just going to be redundant and get in the way? Seem invasive? That one I'll need to see reviewed before I dismiss it out of hand. At the moment it seems like it was put in there so their marketing people could say "See, we have AI". I could be wrong...maybe it's revolutionary. I hope so. I want HTC to thrive.

There were some other head scratchers in there that I saw but I didn't bother to remember them. They weren't horrible, per se, but didn't make sense for the price point.

And I get that they wanted to do something special with audio because that's their mark of distinction. But they removed the headphone jack and that's a move they just aren't well placed enough to make. If I were the CEO dealing with the struggles HTC is facing against Samsung and Chinese upstarts, I would not copy a move that got Apple so much negative attention.

I'd do what LG did for the G6 and get back to basics and come up with a design that is ergonomic and beautiful and practical and durable. But unlike LG, I'd try not to sabotage its reception with insulting regional variations. LG tripped there.

I'd not throw in a change for change's sake but make sure every curve, every extra mm added or subtracted was to serve a cohesive goal.

I look at this phone and don't see any cohesive concept or goal evident in its design. Thats okay for a $399-$499 economy model, but not at this level in such a competitive field.

Edit to correct myself: I forgot there was a goal and concept--You. That extra screen was for all the AI stuff to help make everything tailored to You. Um, okay. It just didn't leap out at me despite the pun being in the name and all.

I'll leave it at that and now start my weekend with a house full of sick coughing wheezy grumpy people and an incontinent dog. Y'all take care and have a good weekend. I'm off to walk the dog again.
Last edited: Mar 10, 2017
Reactions: Saturn1217 and jamezr

Any reviews out yet?
A

Get use to the high prices folks, unfortunately. This one will not even blip on my radar at that price.

And where is it available, any carriers or BB or just straight from HTC?

I don't see HTC making it to 2019 in the mobile arena. The board and investors will not stand for constant loses. HTC as a phone company is dead. This is a DO NOT recommend buy.
Reactions: AppleRobert

AppleRobert said:
Get use to the high prices folks, unfortunately. This one will not even blip on my radar at that price.

And where is it available, any carriers or BB or just straight from HTC?
Click to expand...

I read that it's just straight from HTC. I can't remember where I read it, but that's about par for the course with HTC lately. They can't seem to get carriers to take them on anymore. My HTC 10 was direct from them.

Is there an embargo on reviews? Isn't it odd there aren't any yet if it's shipping?

I have little to no interest in this phone, but hope, for HTC's sake, that it does well...
A

epicrayban said:
Is there an embargo on reviews? Isn't it odd there aren't any yet if it's shipping?

I have little to no interest in this phone, but hope, for HTC's sake, that it does well...
Click to expand...

No reviews may indicate no demo units were sent out or even worse, no interest.

AppleRobert said:
No reviews may indicate no demo units were sent out or even worse, no interest.
Click to expand...

so true...if i see something positive I may get one when they get reduced in a month or so. That barring I am not caught up in the Pixel 2 mania or OPO4 or......
Last edited: Mar 13, 2017
Reactions: AppleRobert

And also, not a hint of HTC 11. Not a presentation date, nothing. Not even many rumors...

This article from 3 days ago explains that the reviewers have not been given test models close enough to a finalized form to do a proper review on. https://www.androidpit.com/htc-u-ultra-review

I did not realize they splurged on sapphire glass. I think they splurged on too many features like that which won't serve their financially dire reality well. They don't have the name that Samsung and Apple have. They can't charge so much for their phones. They need to focus on good design and proven materials that are adequate to their purpose and not put so much money and time and resources into doing something so exotic that most users aren't looking for from them. HTC users want their headphone jacks and their front firing speakers back. Excellent workmanship.

Instead of trying to copy Apple and Samsung they need to realize they've slipped from where they once were and see what the Chinese upstarts are doing to get customers to pay attention again. I don't want them cutting corners but I also don't expect them to try for such exotic materials that drive the costs up without making the actual function any better.
Reactions: AppleRobert, epicrayban and jamezr

I find it absolutely mind boggling how two Samsung competitors (LG and HTC) release great spec sheet devices for a premium price when they have less business doing so. They need to look for volume and undercut Samsung's pricing.
Reactions: LIVEFRMNYC and GrumpyMom

And if you go to the Verge, you can read multiple paragraphs worth of complaints about the lack of headphone jack...
Reactions: epicrayban

Michael Goff said:
And if you go to the Verge, you can read multiple paragraphs worth of complaints about the lack of headphone jack...
Click to expand...

The second display on this seems twice as functional as the V20's second display. That's probably it's only plus.
Reactions: GrumpyMom

What do you mean? Nilay Patel still goes off about the 7 and 7 Plus whenever he gets an excuse.

Another ringing endorsement for the U Ultra...

Michael Goff said:
What do you mean? Nilay Patel still goes off about the 7 and 7 Plus whenever he gets an excuse.
Click to expand... 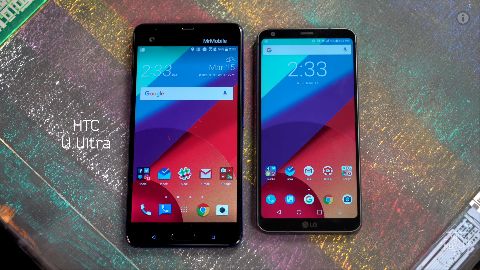 This thing reminds me of The Nexus 7

Wow just finished watching the MKBHD review of the phone. What a clusterf**k of a design choice. LG gets a lot of flack for their design and choice of material but this takes the cake. I don't understand HTC and their philosophy at all.
Reactions: epicrayban

akuma13 said:
Wow just finished watching the MKBHD review of the phone. What a clusterf**k of a design choice. LG gets a lot of flack for their design and choice of material but this takes the cake. I don't understand HTC and their philosophy at all.
Click to expand...

Welcome to the club.

I have no idea what changed at HTC, but the people running the show right now are clueless.

To think this is the same company that brought Android to us in the early days, ever since the HTC Sensation they have really lost it, they seemed to be getting it back with One M7 and M8, then the M9 was a disaster, the 10 was great but they barely marketed it and now here we are.
Reactions: GrumpyMom and epicrayban
You must log in or register to reply here.
Share:
Facebook Twitter Reddit Email Link
Register on MacRumors! This sidebar will go away, and you'll see fewer ads.
Sign Up
Top Bottom