I love HyperDock but there is a window preview issue that's bugging me.

When I move my mouse over an open app in my dock, in many cases there is a grey square covering the lower part of the window preview. This always happens when I hover my mouse from an app in the dock that is not open (and thus doesn't have a preview) and then hover my mouse to an app that is open. 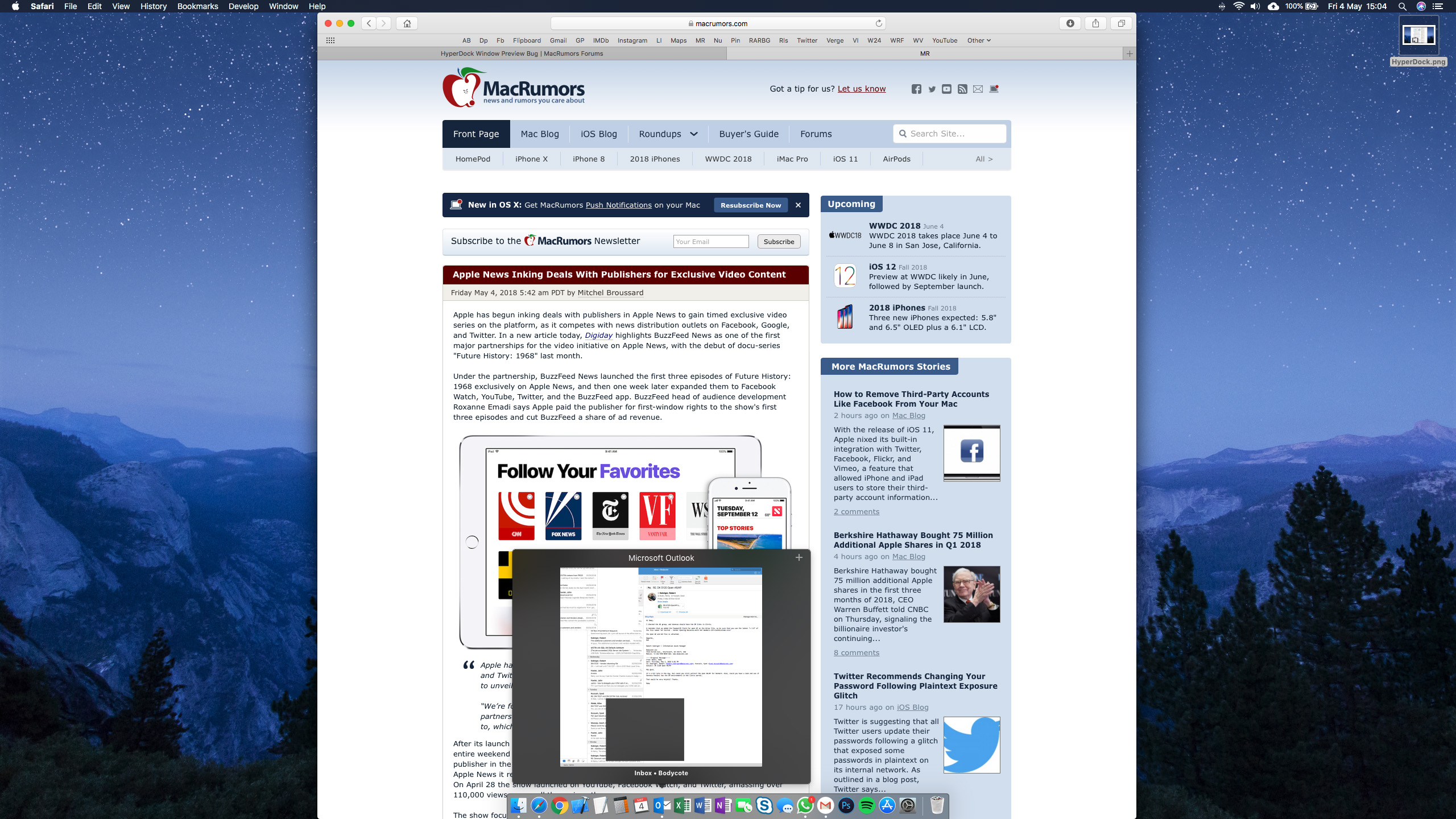 The preview will always show the grey square (which is actually a cutout, because the part of the preview that is missing is shown in the top left hand corner of the preview). I've also tried the Beta version and I have the same issue there.

I am running MacOS 10.13.4 and I also have HyperSwitch running in the background. Does anyone else have this problem too, my OCD is killing me

Is Hyperdock working perfectly for everyone then? No black squares sometimes in the window previews?
Comment
F

I have seen such cut outs before. But they seem to happen sporadically and I can not reproduce them. So I don't know how to help you but you are not alone.
Comment

Thanks for the response. I thought it was just me as I haven't read anything about it and the developer doesn't respond to emails.

It's one of things where if you see it once you will always see it and annoy you. At least when you're OCD like me
Comment
F

Yes I can reproduce it now.

I am wondering if Hyperdock is still in active development?
Comment