I need help finding industrial strength fan for my MBP

So my Macbook Pro from 2009 runs everything great, but every now and then I'd really like to play some Starcraft II.

2.8 GHz CPU and 512 MB dedicated card theoretically should run it just fine, but when I run the game my Macbook pro temperature gets to 127 degrees Celsius.

So the game goes from running very well on medium/high settings to running very jittery due to the overheating.

So because the Macbook pro chassis is ultra snug, the bottom of the macbook pro itself pretty much serves as a giant heat sink. And so I did a little experiment, I used a giant fan from Walmart like this: 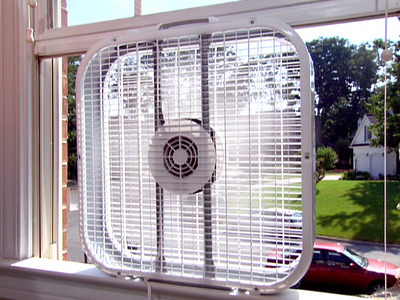 And so that worked very well and I managed to get the temperature from 127C degrees Celsius down to 100C. I put the laptop on top of the fan laying face down so hot air would get sucked out of the laptop.

But in order to run the game on my hardware's full potential I need to get the temperature down to at most 85C.

I'm willing to go with an industrial strength steel fan to play some Starcraft II but I've heard stories that the Cooler master X2 pad worked on for laptops that had all fans completely broken: 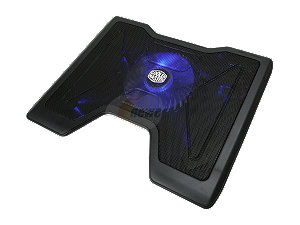 I'm also hearing that this fan runs "very quiet", but I highly doubt that "very quiet" can cool off 127 degrees Celsius down to 85C

Any ideas what fan I could invest in for gaming?

Buying a new Macbook Pro is out of the question until the new intel Broadwell chips are released at the end of the year.

Proof please. The CPU shuts down for it's own safety at 105C.

Yeah, temperatures like that should trigger a shutdown. I would say the sensor could be faulty (not uncommon) but you'd still expect a shutdown if the sensor reports temps that far over tjmax. Can we get some screenshots?

Some general thermal advice: If you're getting serious overheating there may be an issue with your cooling. The machine's over 5 years old so the thermal paste may need to be reapplied, the fans could be dying, or it could just be clogged up with dust.
Comment

Check out the OPs other three posts. They're either completely deluded, or a not-very-good troll.
Comment

MagicBoy said:
Check out the OPs other three posts. They're either completely deluded, or a not-very-good troll.
Click to expand...

I used to cool an old PC with a desk fan, so this is possible.

Now to the OP:
I am assuming you are not using your mbp as a portable any more.
Have you thought about sticking it in the fridge while you are running it and somehow still get the cables to an external screen?
Comment

Like multiple people suggested in the thread you posted a few months ago, reapply the thermal paste. It's not uncommon for thermal paste to be become less effective at its job after 5 years of use (not to mention it could also have been applied improperly during manufacturing, in turn being exacerbated by the passage of time and use over the years.)

If you don't follow people's advice, then at least post some real pics of your "Frankenstein" when you're done. I could use a nice chuckle now and then.
Comment

Your computer's likely clogged with dust. I would open it up and disassemble and clean the fans thoroughly, and remove as much dust from the vents and other areas as you can. Doing that worked wonders on an old 2008 aluminium MBP I have.
Comment