I have a MacBook Pro (Retina, 13-inch, Early 2015) A1502. When replacing the battery I accidentally pulled out the cable shown in the picture. There was a long thin wire connected somewhere too. The long this wire is also shown in the picture. It seems like there is some white corrosion on the left side pins too. The keyboard and mouse no longer work. I’m able to use the computer with a wireless USB keyboard and mouse. What is the best way to repair this problem? 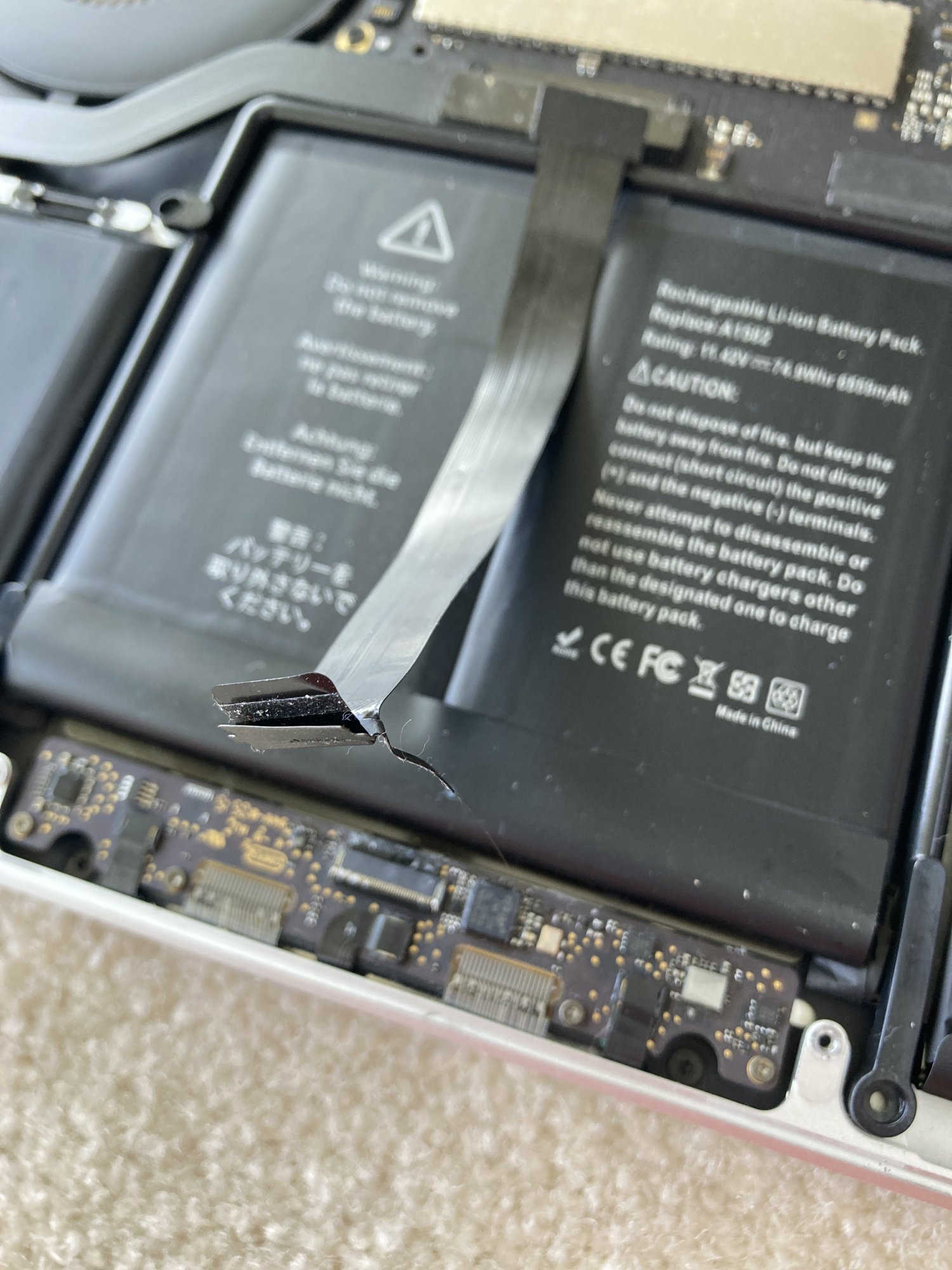 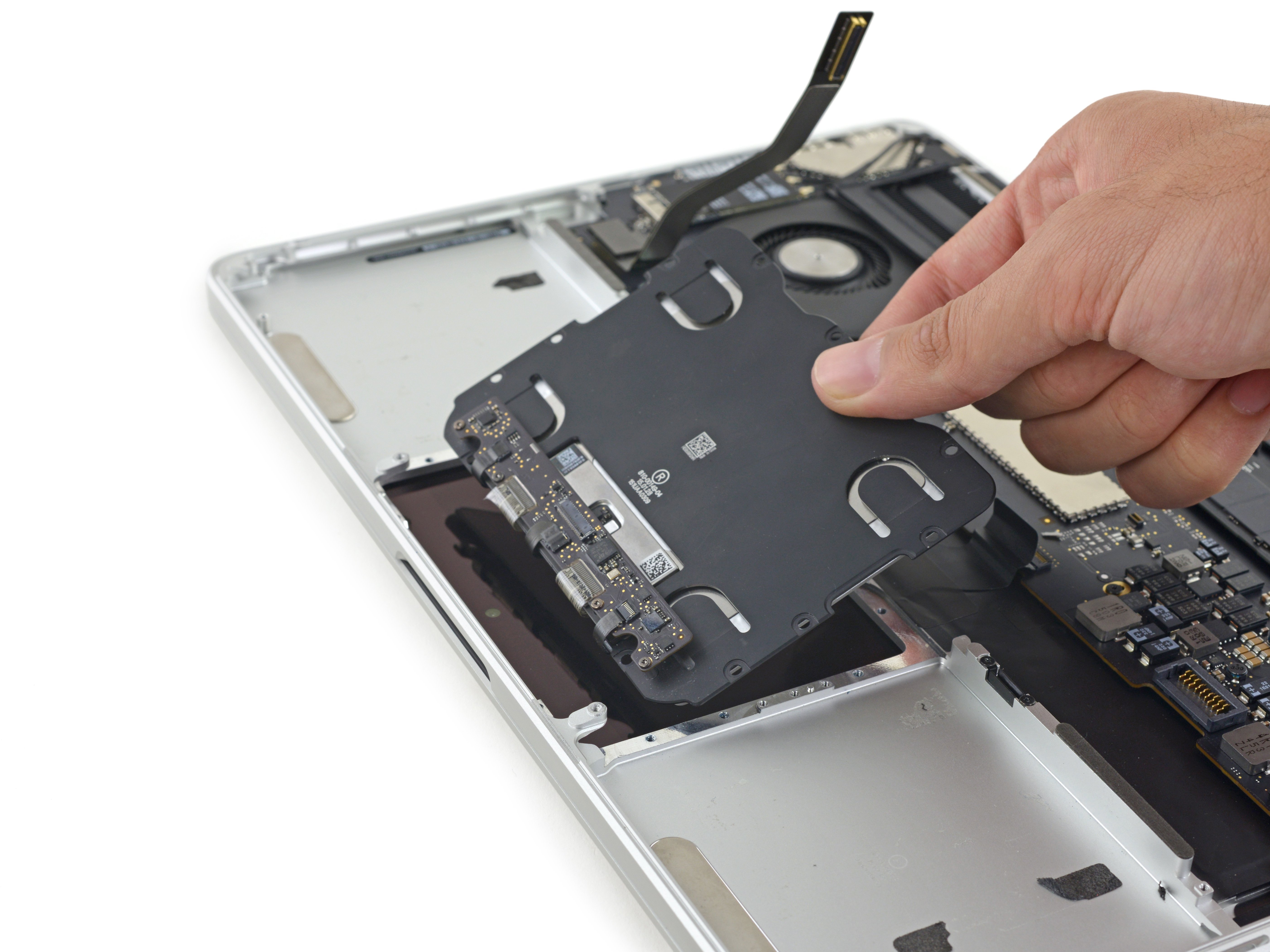 Replace the Trackpad in your MacBook Pro 13" Retina Display Early 2015.

If you look at steps 17 to 19 you can see how the pin connector latch works. That back black piece flips up and down to unlock and lock the cable in place. I would try just reconnecting that cable first, but if that doesn't work you may need to very carefully clean the pins on the cable.

That's the trackpad cable. It's easy to damage, as you have discovered. Not an expensive part to replace. Follow some good instructions. AMP12345 above posted the same iFixit page that I would suggest.
The cable looks ripped, but you could try reconnecting very carefully. Read through the steps a couple of times, which might help you with the tiny lock that is supposed to hold the ribbon connector in place. If you have damaged THAT, then I'm pretty sure you have to replace the trackpad (also available through the iFixit site). The corrosion that you mentioned is certainly visible in your picture, so that's a concern, too. Maybe that's a good reason to replace the trackpad, in any case, in addition to the ribbon cable. Picture shows a good connector. You can ALSO barely see the locking bar that runs the length of the connector. It is up in the picture. Yours appears to still be locked in place. You have to "flip" that up with a non-metallic tool. A "Spudger" is ideal for that. (Look it up). Again, if the connector is damaged, you likely have no other choice but to replace the trackpad.
The KEYBOARD connector is to the right of the upper trackpad cable connector. You would not have disturbed that when replacing the battery, but you could try reseating that, too. It is in YOUR picture, near the upper right corner. 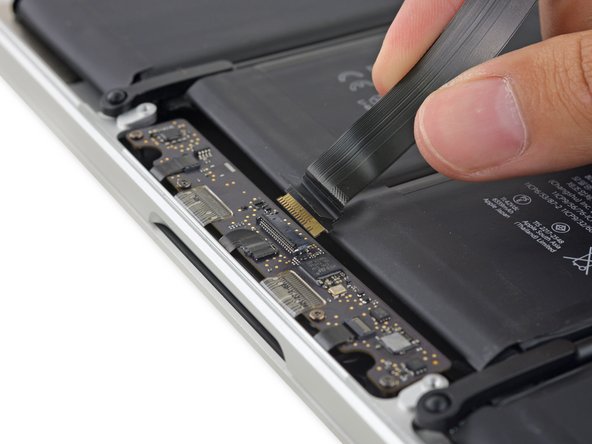 In reply to topic and staying on point.. Solder!

I've not ever had good luck repairing a ribbon cable with solder. I have actually tried, years ago, when I had no other choice but to try it. I accepted failure pretty quickly.

Well if it's a keyboard cable.. You have options USB.. Bluetooth.. PRISM.. 😌
Whatever plugin and worx.

I've done it on a pro, the graphics dies and you have to solder the graphics chip.. Dude unlucky.. At least you haven't got your kid brother doing what mine did.. G3 laptop in the bath water.. An yes I said "what are you doing?"

I’m pretty sure this is the cable that frequently fails on 2015 13” MBP. When this cable breaks, like you’ve noticed, both keyboard and trackpad stop working. I replaced mine with an $8 cable off Amazon and it worked well. Didn’t need any special tools other than screwdriver which you probably have for your battery replacement