Phones If you couldn't have an iPhone..

What would you have instead? For me it's the Galaxy S3

Prolly GS3 for most of us.

The next Nexus device or a Lumia 920 (if Windows Phone finally gets some developers). Basically, a stock OS is what I'd be after (though the Lumia has some Nokia frills).
B

I'd carry my ipad around

HTC One S,One X, Evo 4G LTE, Motorola Photo Q 4GLTE...Not in any specific order, I would research them all first and figure out which one would meet my needs best. But right now it's iPhone 5 and don't need to worry about otherwise, or other phones

S3 probably, but haven't paid much attention to any other devices.

Most likely a galaxy nexus.

HTC one X without a doubt. I don't get the circle jerk for the galaxy s3, just cause it has an sd card and removable battery.

Either the One X (My friend has one and really tries to sell me on it) or the GS3, only because it's the only other phone I've bothered to keep up with.

I don't know enough about the Lumia series but I still would love to try a windows phone just for the hell of it.
A

Lumia 920..... and an iPod Touch for med apps since the Windows phone app store lacks those

A Nexus with raw Jelly Bean & a great camera would tempt me. I picked up a Nexus 7 on GameStop trades & I love it. It's not an iPad replacement but it blows the Kindle Fire HD away. The N7 is fun & fast.

Probably a Lumia 920 as Nokia knows how to build hardware and WP8 is refreshing.

Galaxy Nexus without a doubt. I want stock Android with no overlays. I'm way over anything Microsoft so those are out.

iPod Touch with a pay as you go Nokia phone.

I knew I wasn't going to like the new iPhone but wanted to try it. In 2-3 weeks I will sell it (locally). 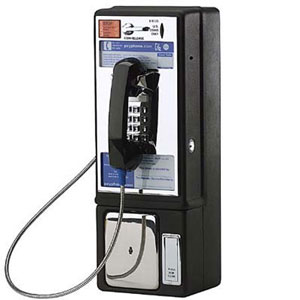 My pops was BellSouth so we had a few of these around. Hard as hell to scratch but texting is a bitch.
H

Probably a Motorola Startac or any other offerings from PrimeCo.
T

mofunk said:
iPod Touch with a pay as you go Nokia phone.
Click to expand...

Which is actually still a really nice and fast phone. Jelly Bean is a damn good OS too.
J

Sidekick so I can be ghetto again.
B

Droid Razr. Needs a lot of modification first though.
T

Erm, that's hard. I would prefer Android's UI over windows but because of my own reasons I'd rather not get too entrenched in Google's eco-system (having to do with all their stuff integrated and if you are on G+ for example and if you break a "rule" they block access to *all* your google services. I don't want to be too much at the whim of Google cause of that since I do enjoy G+. Oddly enough while I like G+ it's what has made me a bit paranoid of Google. Though I at least trust them a lot farther than FB).

And I hate the Windows phone honestly, blech.

I have a feeling I'd cave and go with an Android, probably a Nexus device to make sure I can get the updates when they came out (updates are nice, they make you feel like you got a new phone in a way). And hopefully I could find a good high end Android phone that isn't ridiculously big (honestly, I prefer smaller to bigger but it seems the iphone is really the only high end phone that hasn't fallen to the bigger is better fad, well now it has but only a little bit at least).

The next Nexus phone
Galaxy S3