If you're having Mini/Bluetooth mouse problems...

For reasons unrelated to mini Bluetooth issues, I'm in the market for a mouse and had a look today at what is available.

One thing that I learned is that the manufacturers of mouses (yes, I've settled on “mouses”) are slow off the mark when it comes to USB-C. As far as I can tell, of the main brands, Logitech is the only maker of a USB-C mouse, and even then only one (its MX Vertical mouse, US$100).

More to the point, I discovered that Amazon is offloading the Logitech G900 for $85. This mouse originally sold for $150. It is being discounted because it has been replaced by the G903, which also sells for $150. For my purposes, and probably for many other people's purposes, the differences between the G900 and the G903 are insignificant. Also, if you're left-handed, it is designed for ambidextrous use.

The G900 can be used wirelessly (via an included USB-A Receiver, not Bluetooth) or wired and has 11 customisable functions.

If you’re considering something like Logitech’s MX Master S2 ($100, USB-A Receiver and Bluetooth only), this may be an attractive alternative due to more room for customisation, and it may be a compelling alternative if you are left-handed.

Like the S2, the G900 can also be used to sidestep computer/Bluetooth issues, with the added benefit that, unlike the S2, it can be used wired.

Also, here's a thorough 2016 overview/review from someone who knows what he's talking about. Logitech sold this as a gaming mouse, but it can be used equally for office/productivity functions. While the Logitech programming software worked only with Windows when the G900 was launched, it now works equally well with macOS.

For me, the scope for customisation of buttons, which I’ll set up with different profiles for frequently used applications, is attractive. I ordered one this evening.


And a less dry review from Hardware Canucks:

The G900 mouse arrived today. I'm really happy with it. I didn't purchase it due to a Bluetooth problem, although I continue to run into the issue occasionally, but this mouse will certainly sidestep any Bluetooth problems.

With 11 programmable buttons, it also has a lot more scope for programming than I've seen on home/office mouses.

If you don't mind spending US$85, which is just short of half what it was selling for before being replaced by the G903, I think that it's worth the money.

I don't know if it's allowed here, but I like the lights too. They add a bit of colour.

Happy to try to answer any questions about it. 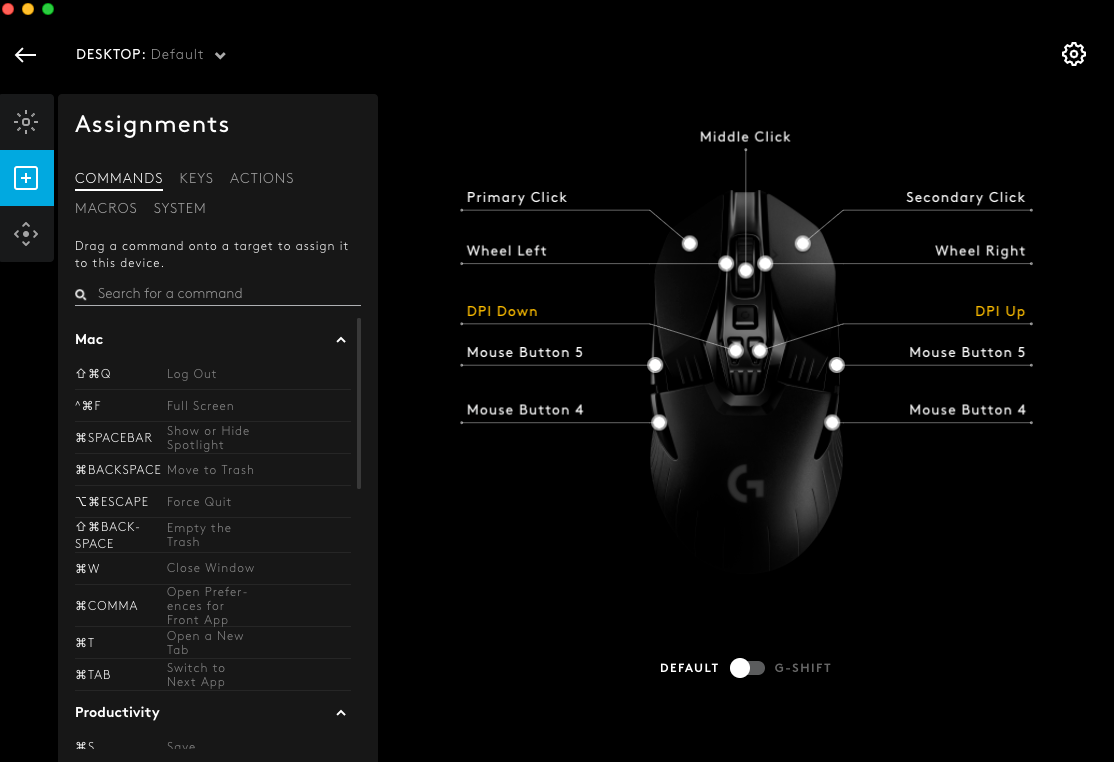 Was in the same boat. I couldn’t find a wired mouse I liked and stumbled across a guy that sells $100 magic trackpad 2s on ebay (in space gray no less). I would never consider a mouse now. By keeping the trackpad plugged in via usb to a powered hub I’ve not had a single bluetooth problem.
Reactions: Originalbitman
F

Update: It looks like Amazon is now sold out of the G900. If you find one at a discounted price of around $85, it's a very good product. There appear to be some Amazon resellers that are still offering it.
You must log in or register to reply here.
Share:
Facebook Twitter Reddit Email Share Link
Register on MacRumors! This sidebar will go away, and you'll see fewer ads.
Sign Up
Top Bottom