In-Person E3 Gaming Expo to Be Held in June 2023, Will Apple Follow With WWDC?

The popular E3 Gaming Expo is set to be held in person for the first time in three years, with the Entertainment Software Association today announcing the dates. E3 will take place from June 13 to June 16 at the Los Angeles Convention Center, and the return of one major in-person event suggests that we could also see other in-person 2023 events, including Apple's Worldwide Developers Conference. 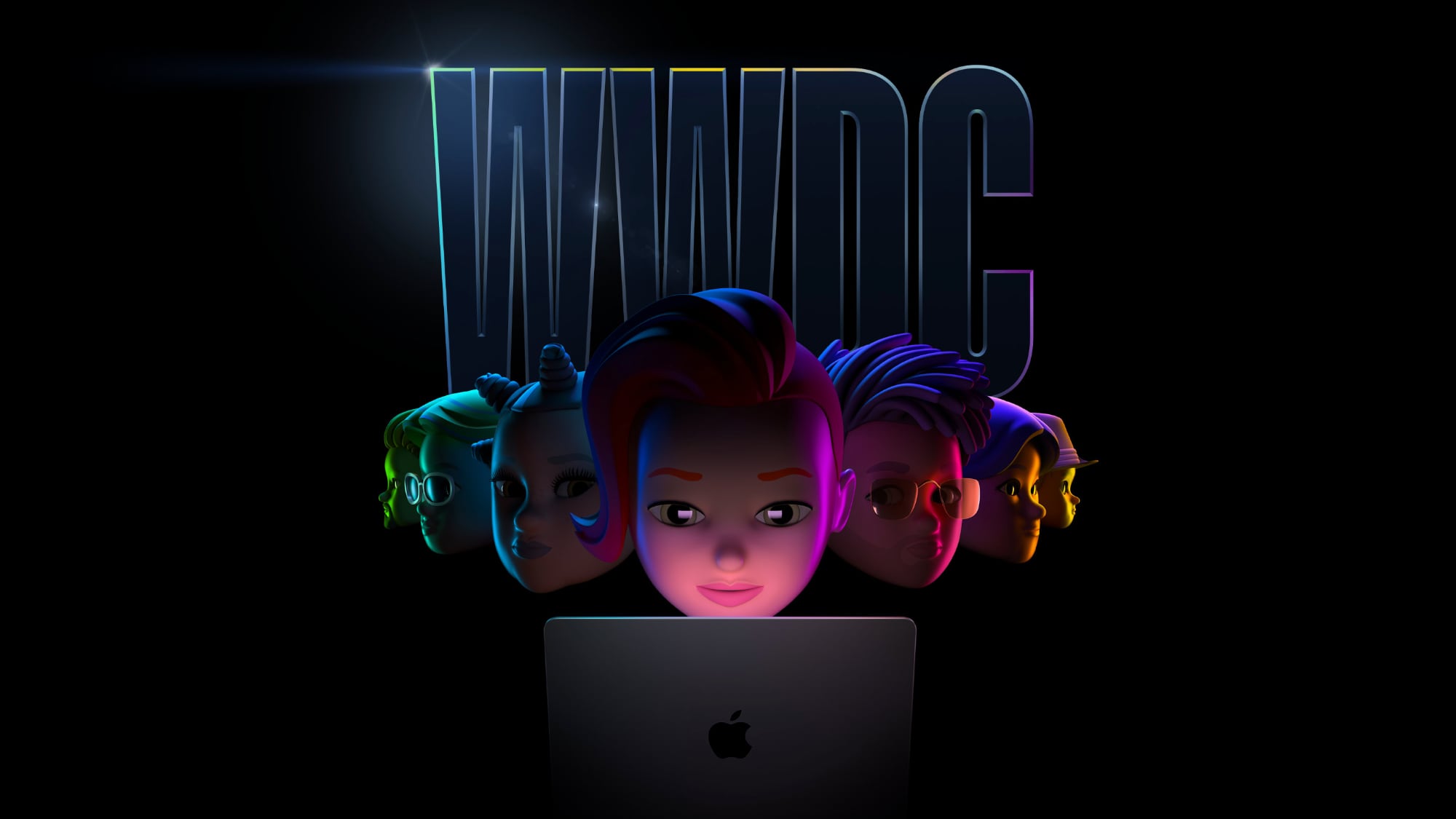 WWDC 2020 and WWDC 2021 were both digital-only events because of the COVID-19 pandemic and ongoing travel restrictions. WWDC 2022 was also hosted online, but there was an in-person viewing event for select developers and members of the media.

WWDC 2023 could see a full return to the in-person WWDC format from 2019 and before, and Apple has already signaled that it is ready to return to in-person events as restrictions have eased. The September "Far Out" event was hosted in the Steve Jobs Theater, and while it was pre-recorded, there was a full media audience in attendance.

Prior to 2020, the Worldwide Developers Conference was an in-person event hosted at the San Jose Convention Center. Approximately 5,000 developers were invited to attend, with Apple using a lottery system to choose attendees because of demand. Apple charged $1,500 for tickets for WWDC.

The online format used in 2020 and 2021 was entirely free and it was open to all developers around the world. Apple's online WWDC has worked well for providing access to sessions and labs to a greater number of developers, so exactly what next year's event will look like remains to be seen.

It is likely that Apple will host some kind of in-person WWDC event, but we could continue to see a more robust online component that provides vital resources to all developers, even those who may be unable to attend in person.

Apple won't announce WWDC 2023 plans until next year. WWDC 2022 was announced in late May, but Apple could make an earlier announcement in 2023 if there's an in-person component to allow developers time to purchase tickets and travel accommodations.

WWDC is often held during the first week of June, so we could see next year's event held from June 5 to June 9 if Apple once again opts for an early June timeframe.

Article Link: In-Person E3 Gaming Expo to Be Held in June 2023, Will Apple Follow With WWDC?

I hope they keep WWDC like they did this year - in-person for the press and then online for the developers (with the Developer Center available for a select group of in-person developer interactions).
Reactions: BvizioN, wbeasley, pizzzle and 1 other person

It would be great if this happens, allowing attendance to WWDC. Another key event to see if they allow in person is the IFA Berlin Electronics event, its the go to show for consumer electronics announcements then Las Vegas CES.

Tim should've bought a gaming studio to usher in a new era of Mac gaming on the M series chips.
Reactions: Saipher, -DMN-, jwalesh96 and 2 others

Apple will do what they need to do and it will not be based off anyone else's move.
Reactions: TheLunaPark, andrewsyd, lkrupp and 3 others
P

Oh thank God E3 is back! I can only take so much of biased Geoff Keighley.

And it's about time these events went back to people in person, lots of big events are back and allowing people to attend.
Reactions: Saipher, wbeasley, -DMN- and 1 other person

But the real question is: after Apple announces its AR/VR device, will it finally invest in AAA Games in collaboration with big gaming companies?
Cuz Apple Arcade would be ridiculous for VR...
Reactions: ThaRuler, DocMultimedia, shurcooL and 1 other person

Don’t you know that all future conferences will be a hosted in the Appleverse?
Reactions: shurcooL, Boil and Le0M

al256 said:
Tim should've bought a gaming studio to usher in a new era of Mac gaming on the M series chips.
Click to expand...

Buying companies requires an incredible effort, the bigger the company, the bigger the effort.
IMO is much better to collaborate with them and create something together.
Reactions: wbeasley and jwalesh96

What a completely left field correlation the editors are trying to make in this article. LMAO!
Reactions: TheLunaPark and bobtem

This should make everyone happy.
Reactions: Saipher, wbeasley, -DMN- and 1 other person

Whether or not the Feb/Mar 2023 shareholder meeting is in-person may be a better indicator.
Reactions: orbital~debris

Gaming does not belong on the Mac. I'd like to think we are a bit more sophisticated than that.
Reactions: Saipher, Pezimak, wbeasley and 4 others

I haven’t watched an Apple event for a year partly because they aren’t in person anymore. They lack energy, authenticity and the human connection that comes with an audience. Another reason I passed is because of the woke rot I see in their adverts now. I’m sick of it. And finally, they simply aren’t putting much new out there anymore. Am waiting for the new VR gear. Been waiting for 5 years.
Reactions: The WOPR, swamprock, pianophile and 23 others
A

can't it be both? having in-person as well as online attendance would make the lottery unnecessary and allow every one interested to take part.

they would still sell-out the in-person tickets for sure, for those committed to attend, while allowing les affluent or far away devs access.

I should think so.

There has been value in showing how it could be done, to such a high standard, and leading in this regard.

But Apple is always keeping ahead of the game, so I can't imagine they'll stay static when others are starting to revert. I presume they'll create an evolved/refined version of the old WWDC, incorporating pandemic-era elements that have worked well as a fusion with the in-person events of before.
Reactions: TheYayAreaLiving 🎗
I

Should be online from now on. The quality of the presentations improved a lot!
Reactions: jlnbxn, Pezimak, wbeasley and 7 others

The pre-recorded labs make so much more sense, rather than a select few thousand devs getting to experience it as intended and the rest of the world having to watch a person on a stage talking to an audience.

In person WWDC is still good for the human connection and getting one on one time and quick questions with Apple developers, but fitting people into a conference centre has limits so the show itself should be transformed into a week in a big city on each coast (San Francisco and New York?) with watch events for the keynote and other relationship building events hosted around town to interact with one another and share ideas.

Select devs would get Developer Center time and media would get VP face to face and hands on at Steve Jobs Theater. Any dev anywhere around the world could ask questions in the WWDC app, with Apple's army of staff and other devs participating in forums to answer questions.
Last edited: Sep 26, 2022
Reactions: wbeasley, -DMN-, Sasparilla and 1 other person

The next event will be in person. They already had a full Steve Jobs theater earlier this month (although that might've been due to the heatwave)

Although when they switch back to in person events, I think they're going to keep some elements of the big production stuff
J

Far past time. Current CV19 less deadly than current flu (data not my opinion) so it’s time to go back to normal life. We are not going to wear masks every flu season and cancel everything for the flu so let’s act like it’s 2022 and assess the data we have now. Time to get back on with life.
Reactions: swamprock, Razorpit, sos47 and 7 others

It’s about time people started waking up and crawling back into reality.
Reactions: The WOPR, swamprock, Razorpit and 13 others

I miss the live, vulnerability, in person moments. Such a strong vibe. Sure, use some production, but get back on with it Being in person. Let us feel like a fly in the room again.

As an aside, after my original post, I found out the Canadian border is opening up to the USA again with no restrictions effective October 1. My thought is that if it is good enough to have the border opened again, then things can continue to go back to some normalcy like it was before the pandemic.

This is a false statement, but I nonetheless agree that it’s time to return to normal
Reactions: swamprock, Pezimak, BatAtPickingUsernames and 3 others

TSE said:
Gaming does not belong on the Mac. I'd like to think we are a bit more sophisticated than that.
Click to expand...

You mean all the creative types that are engineers, medical professionals, video content and photographers, movie producers, actors, TV industry, and so on, none of them enjoy using their Mac computers to entertain themselves? You might be surprised.
Reactions: michaelnugent, Saipher, Pezimak and 3 others
You must log in or register to reply here.
Share:
Facebook Twitter Reddit Email Share Link
Register on MacRumors! This sidebar will go away, and you'll see fewer ads.
Sign Up
Top Bottom