In version 2.10 of infltr (short for "infinite filters"), users who capture a photo on an iPhone 7 Plus, iPhone 8 Plus or iPhone X using Portrait Mode are now able to toggle between the foreground and background to make separate edits to the two layers. infltr's developers describe it like so:

On top of the colour information red, blue, green and alpha which makes a classic photo, if the photo is captured with depth enabled, an extra layer of information can be seen as a 3D map of the captured scene.

?This depth layer is leveraged by infltr to let you edit the background and foreground of your photos differently. This is extremely powerful and integrates seamlessly within infltr's editor, allowing you to get more creative and highlight the region of your image that matters the most to you.
Click to expand...

infltr offers more than 7 million possible filters thanks to a color gradient mapping algorithm, and lets users choose a filter before they take a picture or record video. Moving a finger in any direction over the screen causes the photo filter to change its hue, while double-tapping shuffles the filter for a random pot-luck effect.

infltr can be used to edit photos, videos, animated GIFs, and DSLR shots in HD without a loss in resolution, using over 10 included adjustment and transform tools. Users can also apply infltr filters to the live camera feed while in iMessage. 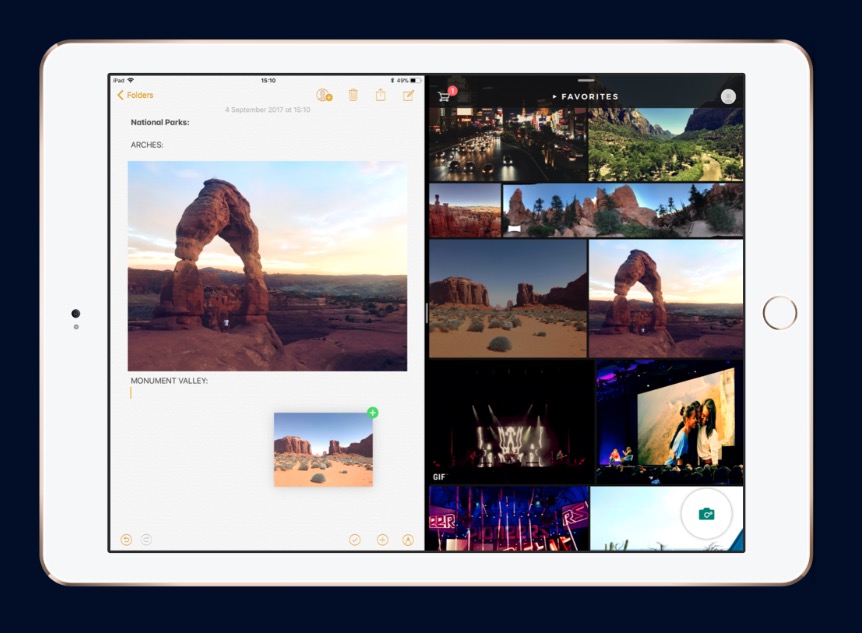 infltr costs $1.99 and can be downloaded for iPad and iPhone (with Apple Watch support) from the App Store [Direct Link], although Apple is still offering users of its official Apple Store app special redeem codes to download infltr for free until October 1 [Direct Link]. The infltr offer can be found in the Discover section on the main store screen.

Will just wait for Snapseed or something.
Last edited: Sep 19, 2017
Comment

I've just downloaded the update and there are no tools to distinguish between the foreground and background. Rubbish!

If the concrete is mixed with water, it may stiffen.
Comment

RandomEnding said:
I've just downloaded the update and there are no tools to distinguish between the foreground and background. Rubbish!

If the concrete is mixed with water, it may stiffen.
Click to expand...

Hey! You need iOS 11 (being released today) and photos containing depth information to get the Depth Editor ✌
Reactions: IGI2 and RandomEnding
Comment

Fishandphil said:
Hey! You need iOS 11 (being released today) and photos containing depth information to get the Depth Editor ✌
Click to expand...

Yeah, this may be obvious to many regular readers, but I think the author should have mentioned this in the post. Most people don't keep up on the latest APIs being added in each version, but I've been looking forward to apps like this since June!

Next I want MacRumors to do a roundup of best ARKit tape measuring apps, lol. I'm completely serious.
Comment

Fishandphil said:
Hey! You need iOS 11 (being released today) and photos containing depth information to get the Depth Editor ✌
Click to expand...