Intel is looking to develop a closer relationship with TSMC, Apple's largest and most important chip supplier, to avoid possible clashes with the Cupertino tech giant over TSMC's 3nm chip production, according to DigiTimes.

Yesterday, we reported on TSMC beginning pilot production of its 3nm process that will eventually be used in future Apple silicon Macs. Apple currently uses a 5nm process in its latest iPhones, Macs, and iPads.

Ahead of Apple's adoption of the smaller chip process in its products, Intel is now trying to establish a clear relationship with TSMC to ensure the Taiwan supplier will fulfill its orders for a rumored upcoming 3nm GPU, without conflicting with Apple's orders.

DigiTimes reports today that high-level executives from Intel plan to visit Taiwan and TSMC in mid-December to discuss 3nm chip production and production capacity. The report says that during their meeting, Intel will be "striving for more available 3nm process capacity at TSMC" and that "Intel is eyeing a closer tie with TSMC to avoid fighting with Apple for the available process capacity."

A report last month said that Intel would be looking to adopt TSMC's 3nm process for its upcoming Meteor Lake processors. Intel currently doesn't utilize any smaller processes, and handing off the job to a third-party, such as TSMC, is a way Intel can possibly catch up to Apple.

Apple is undertaking a two-year-long transition that will phase out Intel chips in its Mac lineup in favor of Apple silicon. The transition officially began in November 2020 with the M1 chip in the 13-inch MacBook Air, Mac mini, and MacBook Pro. Apple furthered its transition this year with the 24-inch iMac, followed more recently by the new 14-inch and 16-inch MacBook Pros.

The 27-inch iMac, the Mac Pro, and a high-end Mac mini remain the only Intel-based Macs in the lineup. Apple has described Intel's chips as "power-hungry processors" and has credited the efficiency and size of Apple silicon for some more radical Mac design changes, such as those seen in the most recent iMac.

If they want a good relationship maybe they should halt the crass adverts.
Reactions: james2538, BulkSlash, SFjohn and 38 others 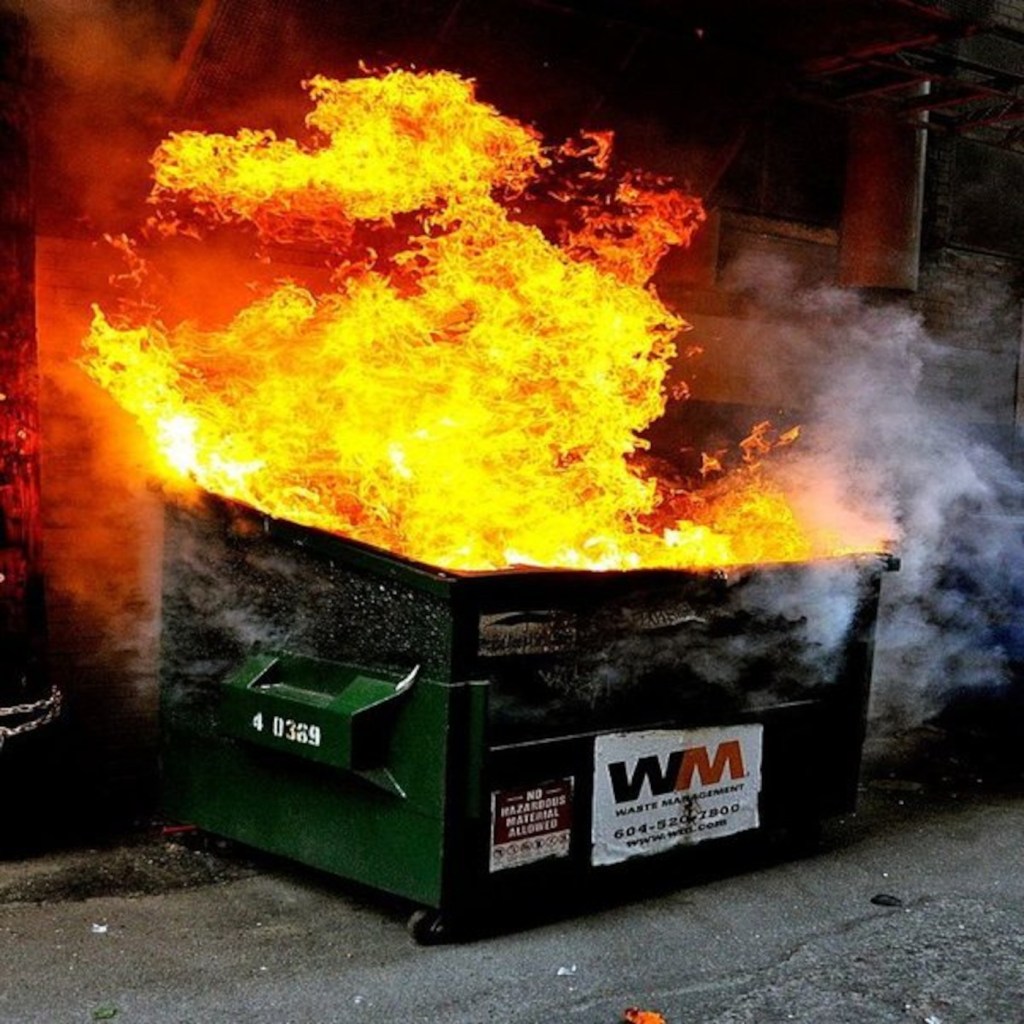 We'll know if Intel is really courting TSMC when they start running cringe ads attacking them.
Reactions: Kiorr, BulkSlash, Solomani and 23 others
I

If Intel is going to make 3 nm GPU chips there, then Nvidia is in for a shock, or they will probably go for the same, but they have been manufacturing with Samsung at worse process nodes.
I think there are going to be many other companies fighting for this capacity.
Last edited: Dec 3, 2021
Reactions: wanha

We all know how this is going to go for Intel. Apple is a behemoth that cannot be ignored. It's kind of the new-age IBM, with different principles, maybe.
Reactions: SFjohn, rbgaynor, MrTangent and 5 others
L

Intel needs to spin off its fabs if it wants a level playing field against Apple, Nvidia, AMD etc.
Reactions: SFjohn
J

Imperial926 said:
If they want a good relationship maybe they should halt the crass adverts.
Click to expand...

I don’t NASDAQ 100 companies care about ads; consider Apple signed a deal for Qualcomm 5G modems, and that must have been more obtorto collo than anything they did will Intel.
J

lixuelai said:
Intel needs to spin off its fabs if it wants a level playing field against Apple, Nvidia, AMD etc.
Click to expand...

The biggest bottleneck in chip research & production is production, NOT research.

Intel would earn a good chunk of money by selling its foundries (but not a fantastic one, since they are behind the competition), but keeping them and trying to upgrade would be much wiser.
Reactions: Sasparilla, koil and Glideslope
R

Apple isn't just another customer like AMD but a critical partner. Apple consumes over 25% of all TSMC's output and virtually all of their leading edge process node from risk starts to early ramp. The latter point is critical as TSMC wouldn't be where they are today without Apple and neither would the rest of the fabless semiconductor industry. Moving a leading edge process node into volume production is very difficult and extremely expensive. This is why companies like AMD are not the first mover on this and prefer to be a node behind. You need a company that can move a very large number of units with high margin, is very well capitalized, and has deep experience and skills to leverage the most advanced nodes. There isn't another company on the planet that can move more units, with sufficient margin, than Apple and meets the other requirements above. Without Apple TSMC's leading edge process nodes would roll out a lot slower than they have in the past. Apple has been critical in making TSMC what it is today which has the trickle down effect of allowing companies like AMD to benefit from the rapid development of advanced nodes. TSMC would never do anything to damage this close relationship as it would be detrimental to their own health.
Reactions: chengengaun, SFjohn, Argoduck and 40 others
B

Photo of Intel meeting with TSMC: 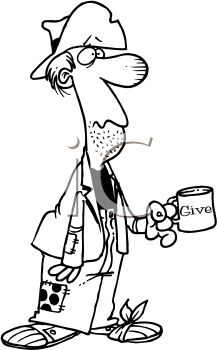 Intel from a chip manufacturer now becomes a beggar for chips
Reactions: Solomani, goobot, CarlJ and 5 others
J

So Intel is trying to catch up with Apple - by buying Apple's chips?
Well, technically I guess, that is sort of catching up...
J

"Intel - powered by Apple"
Reactions: Argoduck, TimB21, Will do good and 3 others

They are so desperate!

Imperial926 said:
If they want a good relationship maybe they should halt the crass adverts.
Click to expand...

A good relationship with TSMC, not Apple.
Reactions: 00sjsl

I would not be surprised, if Intel at some point will try a take over bid in order to secure the technology and production capacity, and we'll end up with Intel inside again... I hope not, but just the way things seem to go in the industry nowadays...
F

looking forward to these rocking new Intel GPU's!! anything to bring the price down on overpriced Nvidia offerings.

Stand alone GPU's I prefer over everything on one chip.

Wait - are Intel literally spitting chips? It appears so! 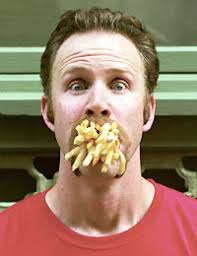 The new stickers will read "Intel via TSMC inside"
Reactions: Will do good

Never going to happen. Apple and TSMC have a symbiotic relationship where Apple funnels a lot of money into TSMC to assist with next generation fab funding with large scale advance orders for iPhone/iPad.
Reactions: Blancpain, CarlJ, huge_apple_fangirl and 2 others

k2k koos said:
I would not be surprised, if Intel at some point will try a take over bid in order to secure the technology and production capacity, and we'll end up with Intel inside again... I hope not, but just the way things seem to go in the industry nowadays...
Click to expand...

Not sure intel have the money.

TSMC's market cap is approximately 3x intel at the moment.

As of January 2023 TSMC has a market cap of $424.11 Billion. This makes TSMC the world's 12th most valuable company according to our data.

Intel market cap history and chart from 2010 to 2022. Market capitalization (or market value) is the most commonly used method of measuring the size of a publicly traded company and is calculated by multiplying the current stock price by the number of shares outstanding. Intel market cap as of...

May well find that TSMC buys intel rather than the other way around.

Unless intel's government bailout gives them enough for it...
Reactions: SFjohn, rbgaynor, Zdigital2015 and 2 others

Great! I hope AMD, Intel, and nVidia blow Apple Silicone out of the water.

It has no effect on my equipment as I decided I would never go back to Windows, and it will only push Apple to work even harder with their chips.
Reactions: arvinsim, sideshowuniqueuser, EmotionalSnow and 1 other person
You must log in or register to reply here.
Share:
Facebook Twitter Reddit Email Share Link
Register on MacRumors! This sidebar will go away, and you'll see fewer ads.
Sign Up
Top Bottom