Introduced with the 2019 iPhone lineup, QuickTake is a feature that lets you record video by holding down the shutter button in photo mode so you can capture a video-worthy moment right away without needing to swap camera modes.

At launch, QuickTake was only included in Apple's new iPhone lineup, but with iOS 14, the older iPhone XR, XS, and XS Max can use the option. QuickTake was also added to the new 2020 iPhone SE.

Apple is also introducing a new feature that lets you capture QuickTake video on compatible devices by holding the Volume Down button, which is an even faster way to record video.

Holding the Volume Up button allows users to capture burst photos, which is another new feature.

Nice to see something new for older devices for a change.
Reactions: E.Lizardo, michaelnugent, DotCom2 and 4 others

They did mention quicker camera performance so I'm glad to see it will materially affect users of "older" iPhones.
Reactions: Mr. Awesome and chris4565

That’s why I like Apple
Bringing a new feature to old devices? Supporting their devices for 5 years? Improving privacy with various new options? Etc etc

They also added switching resolutions and framerate in the camera app for all iphones
Reactions: MrUNIMOG, tripleburst, Spock and 11 others
G

The iPhone X is neglected as quickly as the iPad 3 was.
Reactions: MrUNIMOG, michaelnugent, vmistery and 6 others

Gsmaniac said:
The iPhone X is neglected as quickly as the iPad 3 was.
Click to expand...

Damn, I have an 11 Pro and didn't even know this was a thing lol
Reactions: Spishak, peterloch and page404

Can anyone answer why this feature is hardware-based and not software-based? Impossible to add to the iPhone 8, why?
Reactions: BaltimoreMediaBlog, Konigi and edc415
J

This is awesome, Apple!
L

It was ****ing magical for the time. I was an intern at a digital media company, and we used one for some projects.
Reactions: MacGeek1987 and goomba478
M

You do wonder though why this wasn’t included in all phones that support IOS14
Reactions: Mr. Awesome, michaelnugent, vmistery and 3 others

I'm sorry... I don't think I'll ever not think of the original QuickTake when this feature is mentioned. 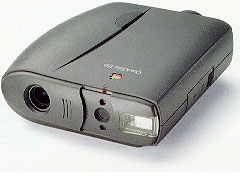 It was incredible in its day -- keep in mind we are talking about the mid-90s. I still have my QuickTake 150.

Finally! Does anyone know if they also added the ability to switch video quality right within the camera app in iOS 14 for XS?

Metrosey said:
You do wonder though why this wasn’t included in all phones that support IOS14
Click to expand...

Maybe they originally used the A13 machine learning processor for the QuickTake feature, but later found they could get it working with the A12 - but not the A11. Maybe optimizations in iOS 14 made the last bit of difference necessary to get it working on the A12. Who knows, but I bet it’s related to the machine learning processor, which made huge performance gains from the A11 to the A12. It’s not the camera unit itself, since the iPhone SE 2020 has QuickTake, an A13, but an older camera module.
Reactions: Mr. Awesome

Thank you for your insight.

Bought an iPhone 8 Plus in 2018. Apple stopped selling the 8 Plus as part of their main lineup on April 15, 2020.
This simple feature would be great across all phones that can support it.
Both the X and 8 Plus have the Apple A11 Bionic Chip.

I strongly suspect it is a marketing decision rather than a processor limitation.

Hoping Apple makes the functionality using the new UI available for all IOS 14 devices in a future update.

It would certainly facilitate filming and doxxing 😷🎥 all the Entitled Karens 👩 of the world.
Last edited: Jun 22, 2020
Reactions: vmistery

right, 'cause this wasn't purely a software thing. it would've been so difficult to implement it from day one...

OK, so how do you now take bursts with the shutter button if they've re-mapped holding it to QuickTake? Volume Up should be an alternative, not the only way.
Reactions: oddiecz

That was totally unexpected.

Not sure if anyone remembered this but this is very similar to iPhone 3G (2008) when Google Maps had "blue dot" (meaning you) for traveling whereas original iPhone (2007) doesn't have that feature until it was released few updates later? I thought it'd never arrive but glad it did or I'd be forced to buy iPhone 3G for that feature lol

NightFox said:
OK, so how do you now take bursts with the shutter button if they've re-mapped holding it to QuickTake? Volume Up should be an alternative, not the only way.
Click to expand...

You simply pull the shutter button to the left yo take a trillion pictures a minute lol.
Reactions: NightFox
M

Can we have portrait mode for pets too?

Johnkoo said:
Finally! Does anyone know if they also added the ability to switch video quality right within the camera app in iOS 14 for XS?
Click to expand...