Apple today released the fourth beta of iOS 8, which brings a number of improvements, changes, and bug fixes to the beta software that was first introduced on June 2.

iOS 8 beta 4 includes several minor interface tweaks and modifications that make the beta feel both faster and more polished. We've gathered up a comprehensive list of the enhancements that have been bundled into the release below, and to find out about all of the under-the-radar tweaks in iOS 8 so far, make sure to check out our iOS 8 Hidden Features Roundup.

Tips: The Tips app that was first hinted at during WWDC has surfaced in iOS 8 beta 4, giving users tips on how to use iOS 8 on a weekly basis. For example, there are directions on using quick notification responses, sending voice messages, using notifications for Mail responses, activating Siri hands-free, and more. The Tips app is a default iOS app and cannot be uninstalled. 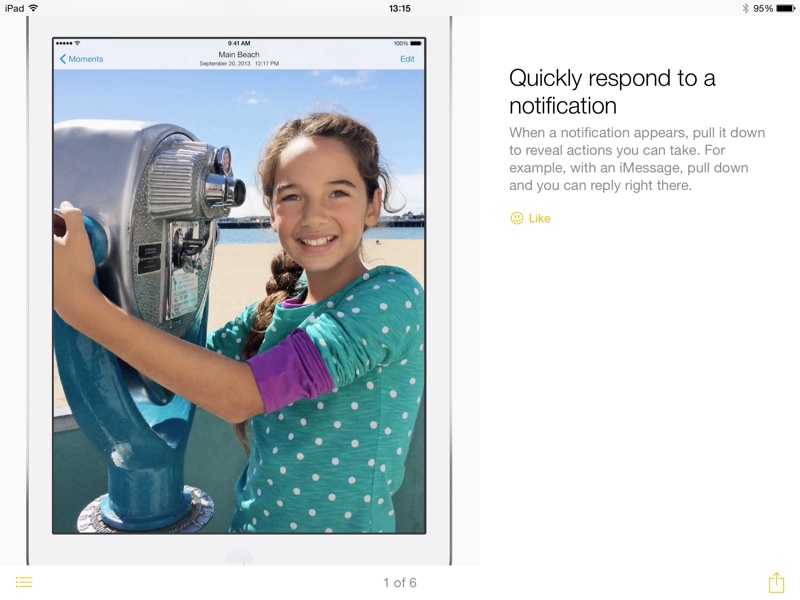 Control Center: The Control Center has seen a redesign that removes the black borders around the icons on the top and bottom and turns icons white when activated. 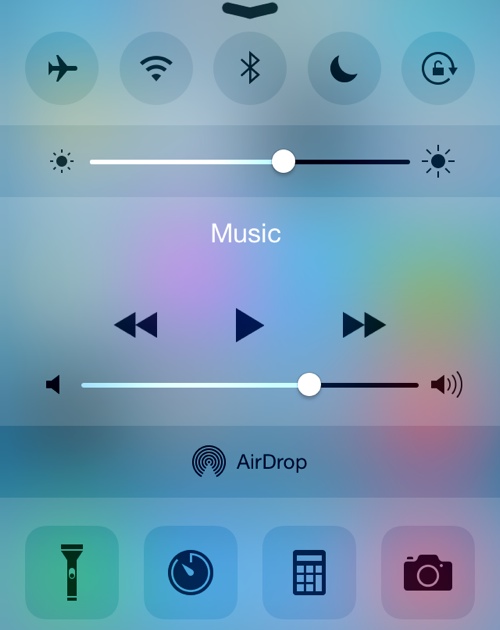 HomeKit: The Privacy section of the Settings app has gained a new Home Data icon.

Messages: The Messages section of the Settings app has new options for Message storage that includes separate expiration options for Audio and Video Messages. The Talk-to-Type option in Messages now displays spoken text in real time rather than waiting for an entire message to be complete before displaying text.

Bug Reporter: The Bug Reporter app that came installed by default in previous betas has been removed.

Handoff and Suggested Apps: There are new options in the Setting app to toggle Handoff on and off, but it does not appear to be present on the iPhone 4s. There's also a new section that allows users to toggle on Suggested Apps, which offer app suggestions relevant to location. This setting can be used to show only installed apps, or both installed apps and App Store apps. 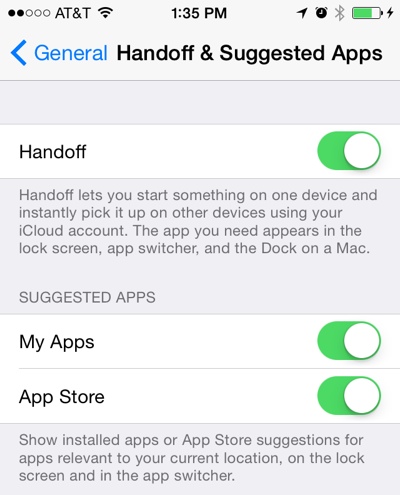 Contacts: Under the Mail, Contacts, and Calendars heading in the Settings app, there's a new option to toggle off Favorites and Recents for Contacts within the App Switcher. 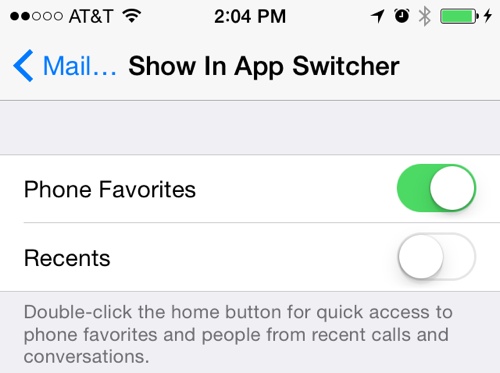 Keyboard Settings: The option to toggle on the QuickType keyboard within the Keyboard section of the Settings app is now labeled as "Predictive" instead of "QuickType."

Mail: Swipe left and swipe right gestures in the Mail app can be assigned to different functions in the Mail, Contacts, and Calendars section of the Settings app. 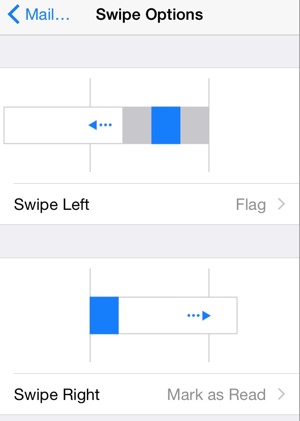 Health: The Calories section of the Health app has been split into Active, Dietary, and Resting calories. 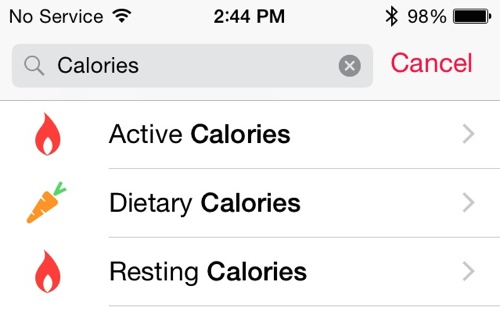 Emoji Keyboard Icon: The icon for Emoji on the keyboard has been updated with a happier smiley face.

Additional features in iOS 8 beta 4 will be added here as they are discovered. Apple is likely to continue pushing regular updates to iOS 8 at two or three-week intervals to bring minor performance boosts and changes ahead of the operating system's launch. iOS 8 is expected to be released to the public in the fall. For more information on iOS 8's features, major and minor, make sure to check out our roundups.

That CC looks way better than iOS 7's.
Comment
A

I didn't like the control center redesign at first...

But honestly it makes more sense because the rest of the UI has done away with outlines. I like that they increased contrast as well.
Comment
T

The Tips app could really change the way the average person uses their iOS device. It's easy for those of us that frequent this site to forget that most people don't put in the time to learn the ins and outs of their phone or tablet; having all these features explained in one place is amazing. Heck, I might learn something new.
Comment

Google is so much better at flat design....

Looks very nice...don't forget that the image is closed view, so for a better comparation take a look of the iOS7 design from closer look
Comment

Apple, I'm begging you, please make Control Center customizable. I NEVER use the orientation lock, but I do frequently turn cell data and personal hotspot on and off. Thank you.
Comment
D

This is all good but I sure wish Apple would redesign the Podcast app so that it displays more text - maybe a choice of 3 or 4 exrtra lines of description like the Mail app does. I gave up and have switched to Downcast which is much better.
Comment

Another stock app that can't be uninstalled. Terrific.

I'm not a Microsoft fanboy at all, but they certainly do it right with Metro, err Modern UI. You can uninstall any stock app you want and if you decide you want it back, just go to the Microsoft Store and redownload it.

Apple is failing those of us that don't want or need the crap that comes preinstalled.
Comment
P

Great, so now not only can I opt not to have iBooks on my phone, there's now also a useless Tips app as well. I appreciate this is useful for novice users, but I don't want it on my phone. There had better be a way to hide these apps when ios 8 is released...
Comment

iHack13 said:
Google is so much better at flat design....

Sad, but true. Apple is confused...
Click to expand...

BornAgainApple said:
Apple, I'm begging you, please make Control Center customizable. I NEVER use the orientation lock, but I do frequently turn cell data and personal hotspot on and off. Thank you.
Click to expand...

iHack13 said:
Google is so much better at flat design....

Sad, but true. Apple is confused...
Click to expand...

Bug Reporter: The Bug Reporter app that came installed by default in previous betas has been removed.
Click to expand...

Because, in a delicious piece of irony, it was buggy as hell
Comment

Removing the strokes from Control Center makes it look less cluttered and clearly breaks up the space into sections. It's a far better design choice.
Comment

samplane123 said:
Great, so now not only can I opt not to have iBooks on my phone, there's now also a useless Tips app as well. I appreciate this is useful for novice users, but I don't want it on my phone. There had better be a way to hide these apps when ios 8 is released...
Click to expand...

Stick it in a folder with all the other 'useless' stuff. We can complain all we want but it seems Apple has no intention of making these apps deletable.
Comment

I just updated all my devices to beta 4. I like the new look of the control centre. Some of my apps that crashed before, now run properly.
Overall it is looking real good.
Yosemite is also looking better and better and the dp4 seems to be very stable.
Comment

Maybe just for people in Europe....

I'm presuming that EU means European Union? Excuse me if it's verbal diarrhoea
Comment
A