I love my IPP 10.5 so much and I bought the Apple Keyboard with it. I often folded the cover when i'm reading and I just realize this morning that the camera of the iPad is leaving a mark/scratch on the cover.

Do you guys have the same problem? Is it normal wear? 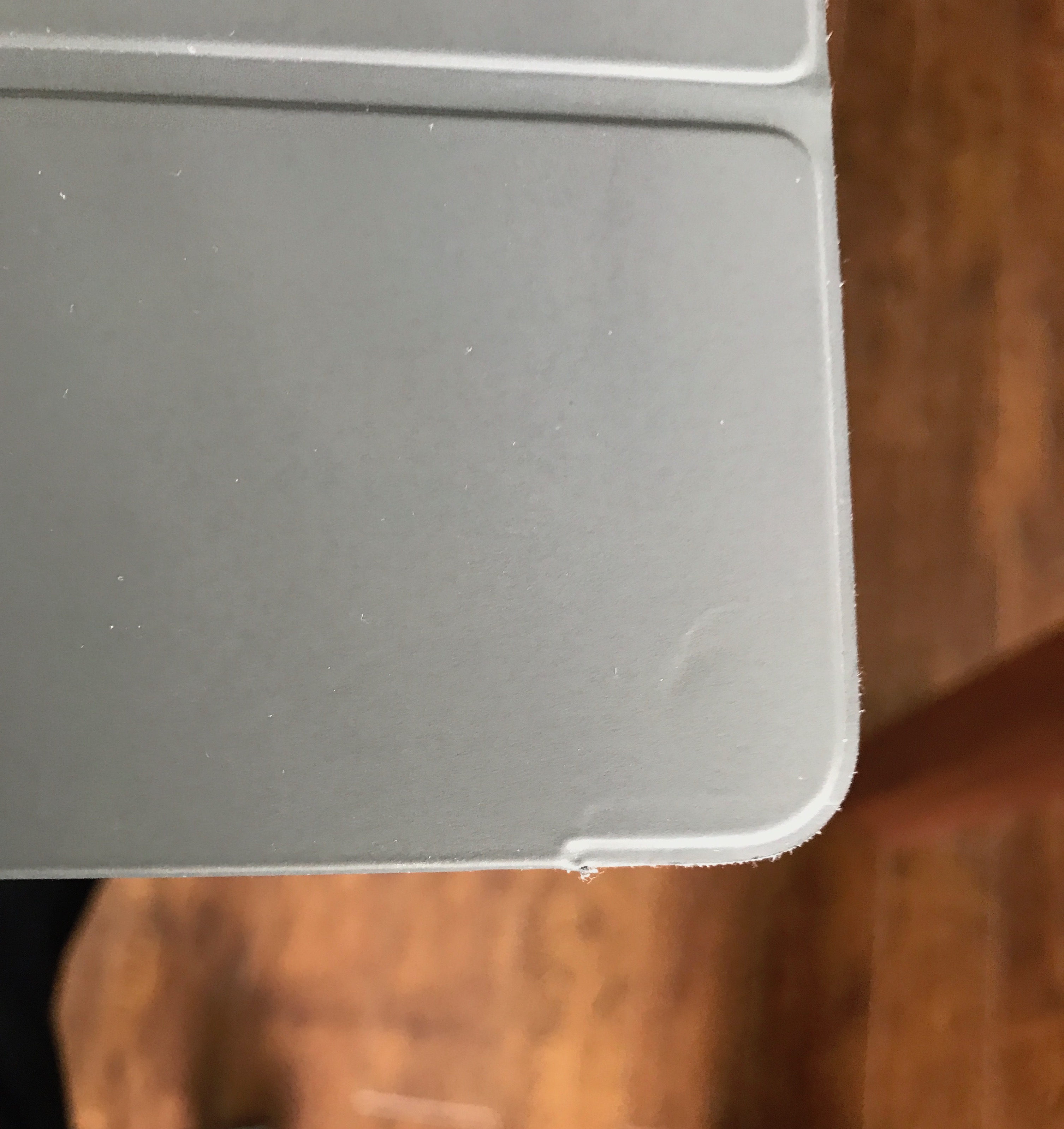 I don't fold the Smart Keyboard whenever I use my 10.5" iPad Pro. I leave the keyboard extended even when reading or doing other things that don't require it. However, I can see where the camera might scuff the cover over time. You might want to point that out to Apple but I'm not sure cosmetic damage would be covered. Perhaps it might be covered if you purchased Apple Care + for your iPad Pro?
B

Sadly no Apple Care. I will try to contact Apple to see if something can be done.

Wow, that's a pretty glaring design oversight. Remember when Apple used to think things through? I just checked mine and it has a little divot there as well that I can see visually and feel with my finger. It's not quite as bad as the photo above but I bought mine at launch and have had a back cover on it half of that time, which means that the camera is now slightly recessed. This design is so dumb. When you use it in the orientation where you have ASK/ASC folded behind it and the iPad is propped at a low angle the iPad rests squarely on the camera on one corner. It's just begging to crack or scratch. It also makes the iPad slightly unevenly tilted. If they had moved the lens over slightly and made it a dual-camera design it would minimize the pressure point on the case. Considering the price they could put a dual-camera module in this thing.
B

I ordered a back cover, the KHOMO iPad-Pro-10.5-Companion-Charcoal-Gray

Let's hope it will help to protect the cover.

Like you said macduke, this is a big design flaw.

I have the same dent on my Leather Smart Cover. It hasn’t hit my Smart Keyboard since i never fold it all the way back.. I plan on taking it to the Apple Store in the near future to see what they are willing to do about it. It can’t be classified at “normal wear & tear” this soon. It would be nice to get a replacement since I now have the Khomo back cover.
You must log in or register to reply here.
Share:
Facebook Twitter Reddit Email Link

Do iPad skins generally add grip to the device?