iPad Pro Case Announcements Rolling Out Ahead of November Launch

Announced alongside the iPhone 6s and iPhone 6s Plus at Apple's "Hey Siri" event earlier in September, the iPad Pro has seen a little less coverage than the company's new smartphone line thanks to its less immediate launch date of November. All the same, a few companies have confirmed accessory support for the 12.9-inch tablet, with detailed information and pre-orders already up for some of the third-party cases.

First is Waterfield's zippered iPad Travel Express case, which the company has offered for the iPad Air 2 in the past, and will now provide versions for the iPad Mini 4 ($64) and all-new iPad Pro ($89). Waterfield promises that the durable case will store charging cables, power bricks, the new Apple Pencil, and can even fit the full iPad Pro alongside the Smart Keyboard accessory Apple also introduced on September 9.

The Travel Express case comes with an optional shoulder strap accessory, sold separately, that customers can purchase to carry their iPad Pro hands-free. Waterfield's iPad Pro case is up for pre-order now, but the company notes that those who order now can expect a shipping date of about a week-and-a-half after Apple begins shipping the iPad Pro units to customers.

Brenthaven's BX² Sleeve Plus acts as sort of an active-lifestyle counterpart to Waterfield's more classically designed case, with a "patent-pending Secure Grip handle" to provide users with a strengthened hold on the case alongside the company's "Xtreme Foam" outer layer providing drop protection from all sides. The $49.95 case -- available for purchase today -- also has a smaller outer pocket to fit a smartphone or charging cable, and comes in both blue/black and red/black color options.

Catalyst touts its upcoming case for the iPad Pro as "the world's first fully-waterproof case" for the new Apple tablet, with a waterproof rating of IP68 that can submerge up to 2m. The company says that full functionality of the iPad Pro is kept in check thanks to an "integrated touchscreen film," allowing users access to Touch ID and all the promised nuances of the Apple Pencil. 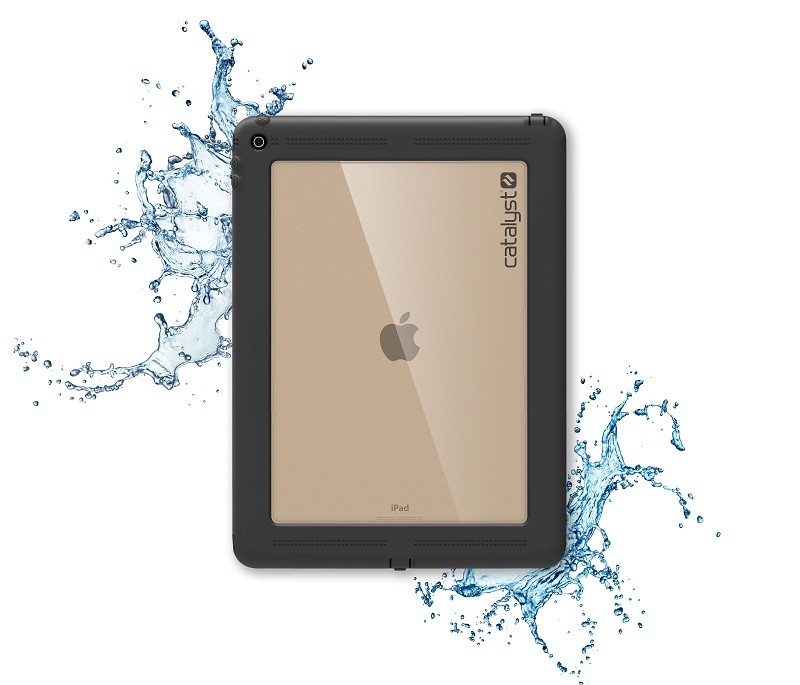 The case will also provide unobstructed acoustic emissions from the iPad Pro's four speakers, thanks to the location of a handful of "acoustic membranes" on the case. The Catalyst Case for iPad Pro is the only option not up for immediate purchase or pre-order today, with the company encouraging users to follow them on various social media platforms and sign up for their mailing list to be updated on its availability.

As with any major product launch, there are also a handful of cheaper knock-off options for customers to consider. On Amazon alone the cheapest alternative for an iPad Pro case is $6.99, with a few other, more intricate cases going up to around $29.99. With a launch in November, customers who plan to purchase Apple's new big-screen tablet have plenty of time to shop around for a suitable case option, and should probably keep in mind that Apple will introduce its own first-party options into the mix as we get closer to the device's launch.

And so it begins
J

Brb taking my ipad into the sea
Y

And for everything else, theres the AyeGear Jacket

Apple just created another 5000 jobs. Between the app store and the iPhone/iPad peripherals, Apple has created more jobs since 2007 than any government stimulus program could.
J

All of these are quite ugly
C

saintforlife said:
Apple just created another 5000 jobs. Between the app store and the iPhone/iPad peripherals, Apple has created more jobs since 2007 than any government stimulus program could.
Click to expand...

Yes; for China. Where did you think these cases are made?

Nah, I'll pass that one because will have several bugs, and wait for Apple Car 2 Cases.

xFerrr said:
Nah, I'll pass that one because will have several bugs, and wait for Apple Car 2 Cases.
Click to expand...

Saintforlife, it wasn't Steve's middle name but last, thing he did was to create those Jobs.

Plus great gadgets I craved since I was 8 years old.
Reactions: SFbags

Just a heads-up: The top ones - from WaterField Designs - along with all their iPad Pro cases and all their bags, etc. are made entirely in San Francisco, California.

SFbags said:
Just a heads-up: The top ones - from WaterField Designs - along with all their iPad Pro cases and all their bags, etc. are made entirely in San Francisco, California.
Click to expand...

Does that mean they are overpriced?

Cainister said:
Does that mean they are overpriced?
Click to expand...

Sure hope not. You know what they say: "You get what you pay for." I think you'll find the quality to surprise you. It should last you forever.

The Samurai said:
And for everything else, theres the AyeGear Jacket

Aye thought at least there would be some Mac Pro sleeves and an ability to compress files with the .....zip.

I'm designing one as we speak.

The Samurai said:
And for everything else, theres the AyeGear Jacket