Doesn't make sense at all. The whole reason the first gen iPad Mini wasn't Retina or higher resolution is because they wanted to support the same resolution as the iPad 2, which was 1024x768. And now when they updated the Mini to Retina, they brought the exact same resolution as iPad 3/4/Air at 2048x1536. Apple cares to make things as easy as they can for developers and updating their apps.

When the iPhone 5 brought a 16:9 display with the resolution of 1136x640, it meant that the developers could keep the same app width, while just making it taller. While this did take some work to update the UI, it wasn't too hard for many developers, and since most developers have Android apps as well, 16:9 wasn't hard to support on iOS.

Knowing how Apple supports its developers and cares about backwards-compatibility, it doesn't make sense to have 2 different resolutions for the 2 rumored iPhones.

It doesn't make sense to have one with 1334x750 and the other with 1920x1080. If that's true, then developers will have to support 4 different resolutions just for iPhone! That's completely ridiculous, and it's very un-Apple to be honest.

Knowing Apple, I think they'll do what they've done to iPad Air and iPad Mini Retina. They'll have the exact same specs, same screen resolution, probably 1920x1080, call it Ultra-Retina or something, and make the bigger more expensive. This strategy has worked for MacBooks, it's working for iPads, and it can work on iPhone.

Making the smaller version worse sounds like something Samsung would do, but not Apple. Apple treats its products much more maturely, and realize that sizes are demanded by different markets, yet everyone wants a quality Apple product.

Wouldn't the 2048 X 1536 resolution fit better to both phones because it would unify the resolution of the entire ipad and iphone lineup (if apple decides to discontinue the non-retina ipad mini this year). But one major concern by doing so would be battery life.

or we could all just stop guessing because no one knows.
J

Really, why can't people just stop obsessing over these guesses and speculations and just wait until the phone actually exists and Apple says something official?

SestoElemento said:
Wouldn't the 2048 X 1536 resolution fit better to both phones because it would unify the resolution of the entire ipad and iphone lineup (if apple decides to discontinue the non-retina ipad mini this year). But one major concern by doing so would be battery life.

Or else 1024 x 768 in which devs. will have to scale down their ipad app in order to support the new iphone.
Click to expand...

Only if iPhone ran iPad apps, which they don't for obvious reasons. So no. That would also imply a 4:3 aspect ratio which is way too wide for a phone: 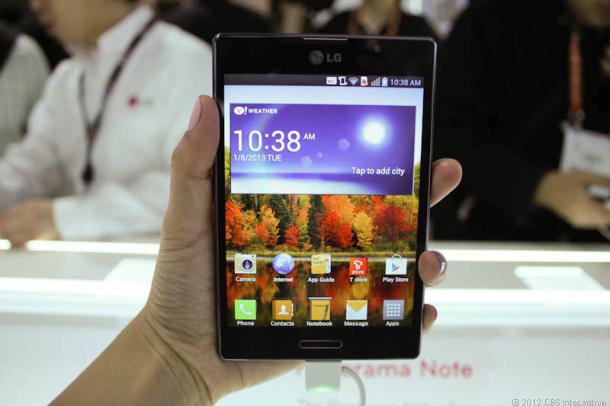 Xeyad said:
It doesn't make sense to have one with 1334x750 and the other with 1920x1080. If that's true, then developers will have to support 4 different resolutions just for iPhone! That's completely ridiculous, and it's very un-Apple to be honest.
Click to expand...

Forcing developers to code for set resolutions in the first place is what is ridiculous. Responsive layouts, hello?!
P

Ziopas said:
How sure is that? I mean will they release a 5.5" iPhone 6 after the release of the normal 4.7"? Except from the fact that this is not very smart marketing action, 5.5" screen is veeery big and not very usable.
I read that 4.7" version will be released on September and the 5.5" version on July. Can anyone verify this or these are just rumors??
Click to expand...

It's not great for one hand use but some people are willing to make that trade off for having a bigger screen. It's just all about preference.

The Samsung note line is selling surprisingly well so it's clear to Apple that people in the U.S. and the rest of the world really like bigger screens. The 5.5 has the potential to be a really big seller.

I dont think it's that bad for marketing because you have large number of people who like the 4.7 over 5.5 and that way it'll keep the launches separate and alleviate the supply constraints.

Last thing I heard was that the vertical resolution will be a multiple of pi, whereas the horizontal will employ a whole new Apple technology and be an imaginary number.

This resolution seems to work out perfectly for spacing out the icons proportionally and with a common number of pixels.
I'm sick of a lot of the ugly concepts with the icons rubbing up on the edge of the screen, so I made an oversized infographic to show why it matters. 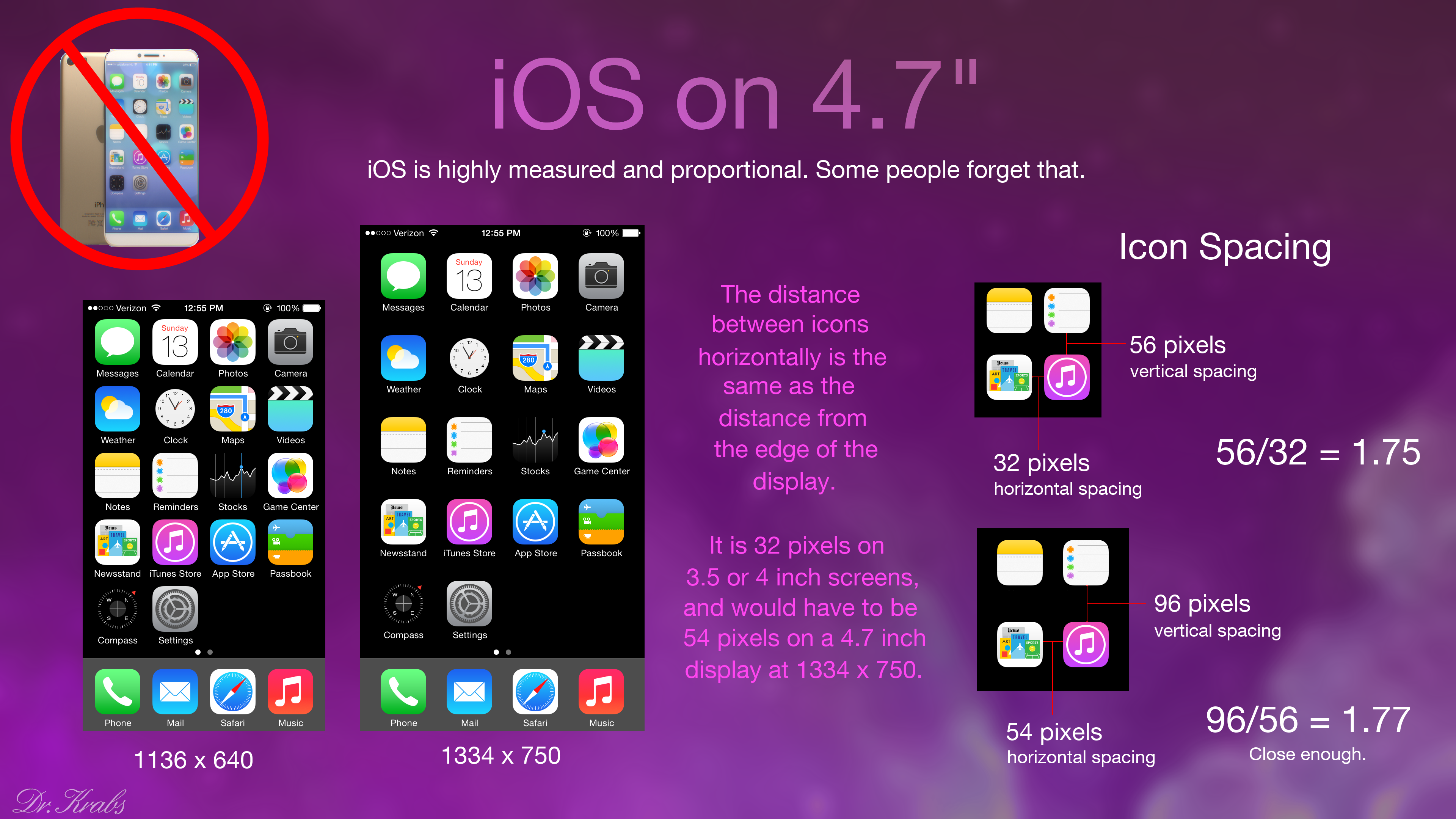 It is 54 pixels of distance between icons, which are 120 pixels wide. On a 4" device, there are 32 pixels between them. They will not add more icons, because they already don't have more on the iPad.
You must log in or register to reply here.
Share:
Facebook Twitter Reddit Email Share Link
Register on MacRumors! This sidebar will go away, and you'll see fewer ads.
Sign Up
Top Bottom