The sole company responsible for manufacturing the processor in Apple's upcoming iPhone 7 and iPhone 7 Plus has reduced its shipping estimates after its facilities were damaged in an earthquake (via DigiTimes).

Taiwan Semiconductor Manufacturing Company (TSMC) suffered the damage to its plants on February 6 when a 6.4-magnitude quake struck the southern part of the country.

Initially, TSMC reported that the damage incurred would reduce the amount of chips it could ship by less than 1 percent. However, this morning the company revised that estimate and said shipment numbers could be affected over the 1 percent mark, but stopped short of giving a specific number. 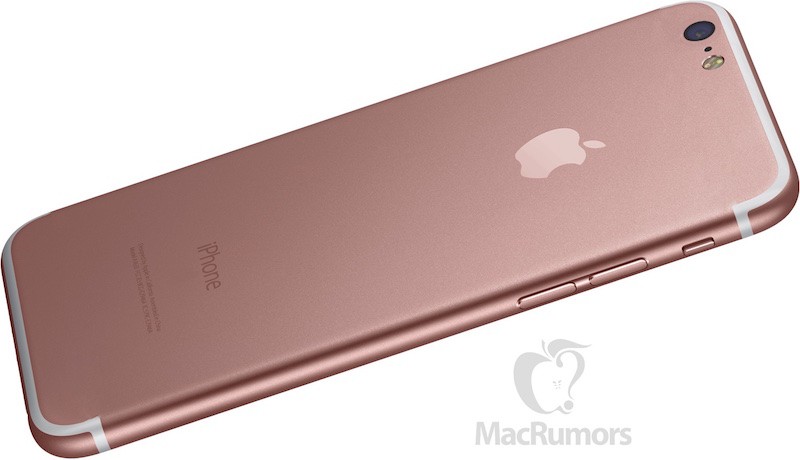 Despite the earthquake, TSMC stated it is confident of hitting target revenues of $5.9-6.0 billion in the first quarter of 2016. Whether the damage will affect production of the iPhone 7 chip, which is expected to begin in June, remains unclear.

TSMC reached a deal with Apple only last week to become the sole manufacturer for the iPhone 7's processor, partly thanks to its 10-nanometer manufacturing process. Apple used both Samsung and TSMC to manufacture the chips for the iPhone 6s, perhaps in a bid to lower risks, but the arrangement caused some controversy after benchmarks indicated performance variances between the companies' processors.

The processor in the iPhone 7 and iPhone 7 Plus is likely called the A10. Both devices are expected to debut in September. Leaks of the phones' design suggest that it may have a flush rear camera and a lack of antenna bands on its back. Other rumors indicate that the 7 Plus may feature a dual-lens camera system and that it may be waterproof and not have a headphone jack.

This is the risk of using one manufacturer. If something goes wrong to effect supply, cutting Samsung out will not seem like such a smart move.
Reactions: Adithya007, Reason077, centauratlas and 2 others
Comment
G

Being in the range of 1% seems insignificant to me... I'm not concerned if my iPhone takes 1% longer to arrive. 5% would be about a 1 day delay, which I'm pretty sure few people would complain about (especially if told in advance.)
Reactions: Glideslope
Comment

ArtOfWarfare said:
Being in the range of 1% seems insignificant to me... I'm not concerned if my iPhone takes 1% longer to arrive. 5% would be about a 1 day delay, which I'm pretty sure few people would complain about (especially if told in advance.)
Click to expand...

This 1% estimate was before. Now the estimate is bigger and they aren't saying by how big.
Comment
P

Meh. Just start throwing some of those A9s you have laying around in there. Save the A10s for the Plus model. I'm going to the bank to cash my $10,000,000 check.
Comment

No earth shattering news...
I'm sure we could wait a few more days.
Comment

So does that mean we are going to have inferior samsung made chips in some of our iphone 7's?
Reactions: Aston441
Comment

macfacts said:
This 1% estimate was before. Now the estimate is bigger and they aren't saying by how big.
Click to expand...

They said it was going to impact them by less than 1%. Later, they said it might be over 1%.

Might be over 1% suggests to me it's probably not a lot more than 1%.
Reactions: Aston441 and dampfnudel
Comment
J

businezguy said:
This is the risk of using one manufacturer. If something goes wrong to effect supply, cutting Samsung out will not seem like such a smart move.
Click to expand...

The thing is it's not limited to SoC's - it could be any component that could affect the supply if the manufacturing process is interrupted, yet the vast majority (if not all) of the rest of the major components in an iPhone come from one sole supplier each, so the risk isn't really that much higher overall.
Comment
D

ArtOfWarfare said:
They said it was going to impact them by less than 1%. Later, they said it might be over 1%.

Enough to affect Apple's stock probably so that's why they didn't disclose it.
Comment
D

Just make sure you make some popcorn before the announcement so you'll have something to munch on as you read the explosion of "interesting" comments here.
Comment
F

Is it too late to call up Samsung?
Comment

you know Samsung is going to make some chips for Apple eventually, they always coming calling for some reason...can't live without them
Reactions: MrAverigeUser
Comment

Bubba Satori said:
With smart phone growth flattening out this might not have a major impact.
Click to expand...

ArtOfWarfare said:
Might be over 1% suggests to me it's probably not a lot more than 1%.
Click to expand...

That's funny because to me, in corporatespeak, saying it's "more" and not attaching a number or range to it might mean "significantly more" but they don't want people freaking out about it (which they will anyway, Apple's stock is going to take a big hit over this tomorrow).
Comment

What's ironic is that part of Tim Cook's claim to fame, is that as COO he made sure he had multiple sources and used that not only to keep supply flowing, but to play them against each other for price.
Reactions: MrAverigeUser
Comment
J

Who cares. These are all rumors. It'll be fine. Thank god they are cutting out Samsung. They can't match 10 nm. Also, the TMSC A9 was about 1-2 percent better anyway
Comment

"more than 1%" can also be 99%… or each number between 1% and 100%….
I bet it is much more than 1%. The japanese photo-industry was severely suffering after the infamous earthquake some years ago. Some factories for chips, camera sensors and hi-tec electronic were incapable to produce for more than a year. albeit they did not have these extremely sensible and complicated 10nm dies production like for the A10 processor.

You can´t buy new production lines for 10 nm or 12 nm dies out of a catalogue….. nor repair them just like that.

I think in the Samsung board they have had a damn good bottle of champaign … or several bottles…
apple shot themselves in the foot…
Last edited: Feb 15, 2016
Comment
A

Compelling indeed. No ports, wireless, hermetically sealed waterproof and wireless charging would compel me to open my wallet once again. Unless they go OLED. OLED is a big nope.
Comment
U