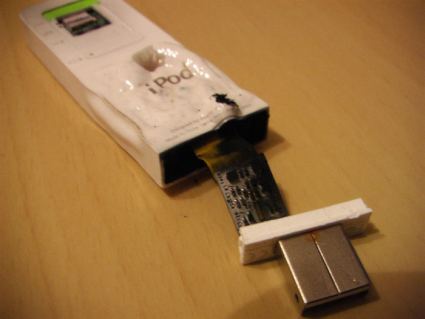 Not that we should really have to remind you of such things, but trying to fix your own gadgets by bludgeoning them with a knife is not only ineffective, it can also result in you swearing and screaming in pain after the capacitor you impaled blows up in your face.
Click to expand...

A friend of mine has an iPod shuffle  or should I say, DID. Mentioning no names, he decided to hunt out a site to see if he could fix it himself as it was out of warranty. He dived onto Google and found a site all about opening up his ipod.

He quickly checks to make sure his iPod is defiantly dead by plugging it into his laptop, looking back probably a bad move, mainly because he got straight into fixing it and didnt let it discharge but we will never fully know .

Using a metal knife he started to ease the bottom of the case off then with a kind of jabbing notion started to hack at it well then Chris T  I mean he must have hit a small capacitor and I found him running around the room swearing and screaming like a school girl wondering what to do. The iPod basically exploded in his face and caught fire, sparks flying and thick black smoke, and in the end he placed it on an electric fan, which in turn started to turn black from the smoke and heat coming out of the tiny little ipod

I feel there are two morals of the story:

1) Apple made the iPod shuffle in a way for it not to be opened there is a reason for this!
2) Project Managers should never think of themselves as Hardware Engineers. 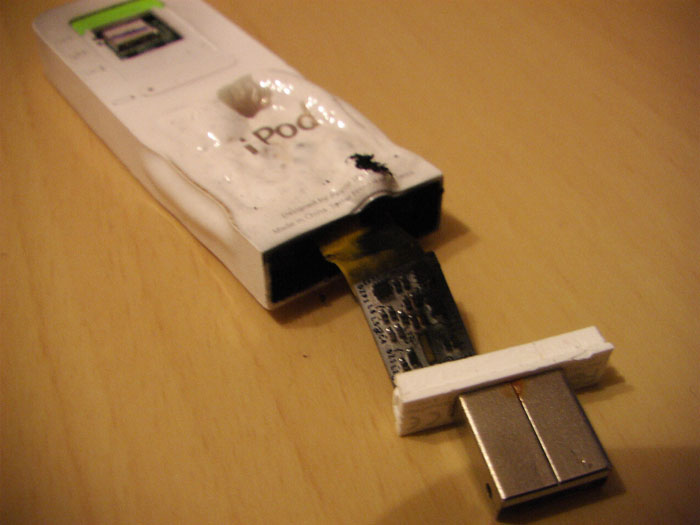 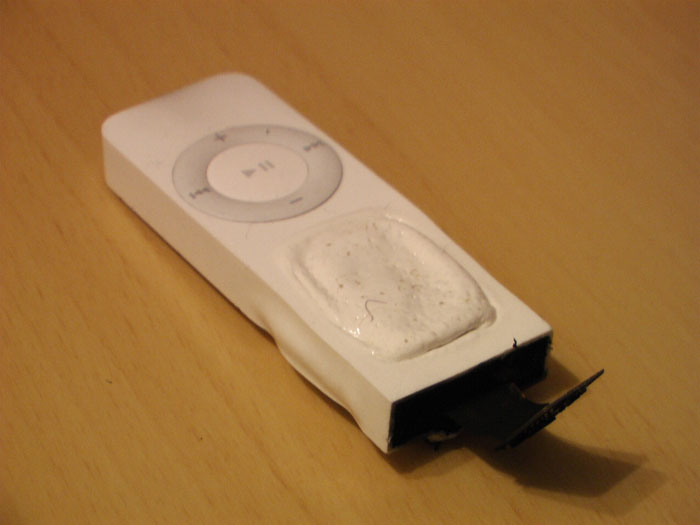 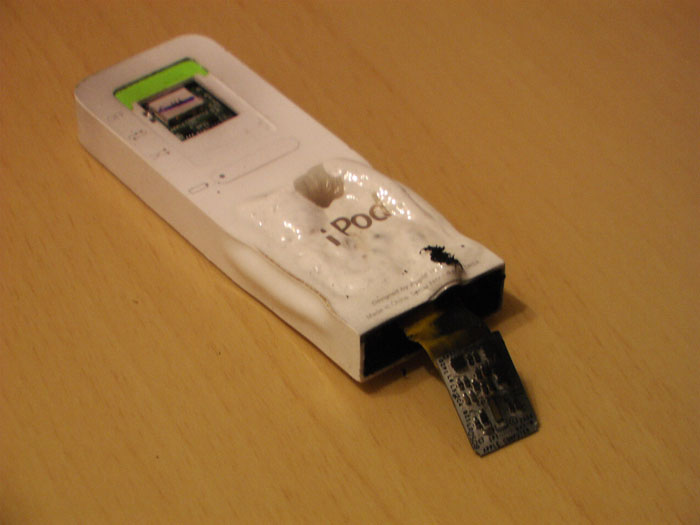 I can't help but laugh. Truly a funny image (the owner running around after losing his battle with the shuffle)!

That gave me a good laugh.

Depends Greatly On The Weather

I saw that on Engadget and I think it is hilarious how such a harmless object can do such a thing.

I think it was a self defense technique against M$ computers if that is what he plugged it into.
A

bbrosemer said:
I think it was a self defense technique against M$ computers if that is what he plugged it into.
Click to expand...