Is it still possible to buy Aperture?

I know that Aperture is officially dead and gone and no longer in the App Store.

With that said, I've been pretty heavily using it on my "scanning machine"-a PowerMac G4-I still shoot a decent amount of 35mm and 6x6 transparencies, so depend on my scanners a lot.

I like what I'm able to do with 1.5.4, but I'm pretty sure it won't run on my Macbook Pro running Mavericks or even my Mac Pro running Lion(SL on the Mac Pro might be doable). I have a LOT of photos on my MBP, and would like to be able to integrate them with the Aperture library on my G4-plus I also take a lot of photos with a DSLR tethered to my MBP and like to be able to organize/adjust them there.

I missed the boat on buying Aperture before they cut it off(I had it on my "to list" but my master's thesis got in the way of doing a lot of that kind of stuff).

I know that with some things like older versions of OS X, it's possible to call Apple and "buy" them-you pay and they send you a code to punch into the App store. I just did this with Lion earlier this week.

Is there any hope of being able to do this with Aperture, or has Apple cut it off completely?

Wouldn't it better in the long run to accept Aperture is a dead end and move on to Lightroom, Capture One Pro, or other processing environment that has a future?

bunnspecial said:
I know that Aperture is officially dead and gone and no longer in the App Store
Click to expand...

I'm sure its on ebay and may be even found on amazon where some small re-seller is selling a copy.
R

My slide scanner is SCSI(it's cheap, good, fast, and can scan the 36x36 negatives that a lot of old family pictures are on)-try to make a SCSI scanner work with a newer Mac . SCSI cards that will work in AGP-based G5s are super expensive, while a G4 will work with pretty much any random Adaptec PCI card you can find. PCIe SCSI cards that would fit a G5 Quad or Mac Pro are even more expensive, and I'm not sure how good the SCSI support is in newer versions of OS X.

My slide scanner is SCSI(it's cheap, good, fast, and can scan the 36x36 negatives that a lot of old family pictures are on)-try to make a SCSI scanner work with a newer Mac . SCSI cards that will work in AGP-based G5s are super expensive, while a G4 will work with pretty much any random Adaptec PCI card you can find. PCIe SCSI cards that would fit a G5 Quad or Mac Pro are even more expensive, and I'm not sure how good the SCSI support is in newer versions of OS X.
Click to expand...

I've kept my old G4 tower for exactly the same reason. My AGFA slide scanner is SCSI only. Trying to get it working on a new machine would be a pain in the ****, if not impossible. I have a load of old family large format slides and negatives which I need to get round to scanning at some point...

Well, I did download a trial version of CaptureOne. Initially, I didn't find it as intuitive as LR/Photoshop or Aperture and can't work as fast in it. For the volume I shoot, though, I don't see it being a hindrance. By biggest complaints were that I found it more difficult to get the type of adjustments I'm use to with the basic controls(curves, levels, unsharp mask).

I was running it on a Core2Duo iMac that's currently acting as my "studio" computer, and I found these adjustments a lot less responsive than in CS4 on a G4 and G5, as well as CS6 on my black Macbook. Basically, on all of those computers running the specified versions of Photoshop, when I "tweak" the USM or anything else, I see the results instantaneously(or perceptibly instantaneously) whereas I found CaptureOne taking a half second or so to render these adjustments. It may not sound like a huge deal, but it means that actually making these adjustments is a lot slower. The whole reason I want a program like this rather than using full-blown Photoshop is for speed in batch processing, but it honestly sort of kills the purpose.

I'll also add that this iMac and the Mac Pro that does some image processing work are both "stuck" at 10.7. I'm going to hack 10.9 onto the Mac Pro when I get around to it, but won't do it on the iMac due to the GPU. The current version of CaptureOne will only run in 10.9. I ended up digging out version 7.something from the archives.

I am going to try it on my current main Macbook Pro(15" mid-2012 "classic" with a 2.3ghz i7 and 16gb RAM) and will see if that addresses my complaints in speed. Even so, it bugs me that much less capable hardware than the iMacs(Powermac and Powerbook G4s) handle CS4 and Aperture a lot more gracefully than this particular C2D handles CaptureOne.

Unfortunately, Adobe is also on my "not nice" list these days due to CC. I should have bought Lightroom 5 when I could still get it for $80 with my student discount...

You can still by LR 6 as a standalone (or as an upgrade) if you hunt for it on their website. I went with the upgrade as I'd rather spend £60 than whatever the monthly charge will be.

Well, I've just made a deal with the devil(quite literally) and bought Lightroom 6 since I refuse to be trapped in the CC vicious cycle. I do have CS6, so should be able to get along fine.

Now I just need to get Mavericks on my Mac Pro so that I can actually use it on the computer where I most want it.

I have to say, too, that after an evening of playing with LR 6 I'm finding it as intuitive and powerful as I would expect. It's a lot like my brief experiment with the trial version of LR 5. There's also zero lag, which as I said I found annoying in CaptureOne. The lag is not there in Aperture(even on some of the 10+ year old hardware on which I've run it) nor do I remember it being there in LR5. 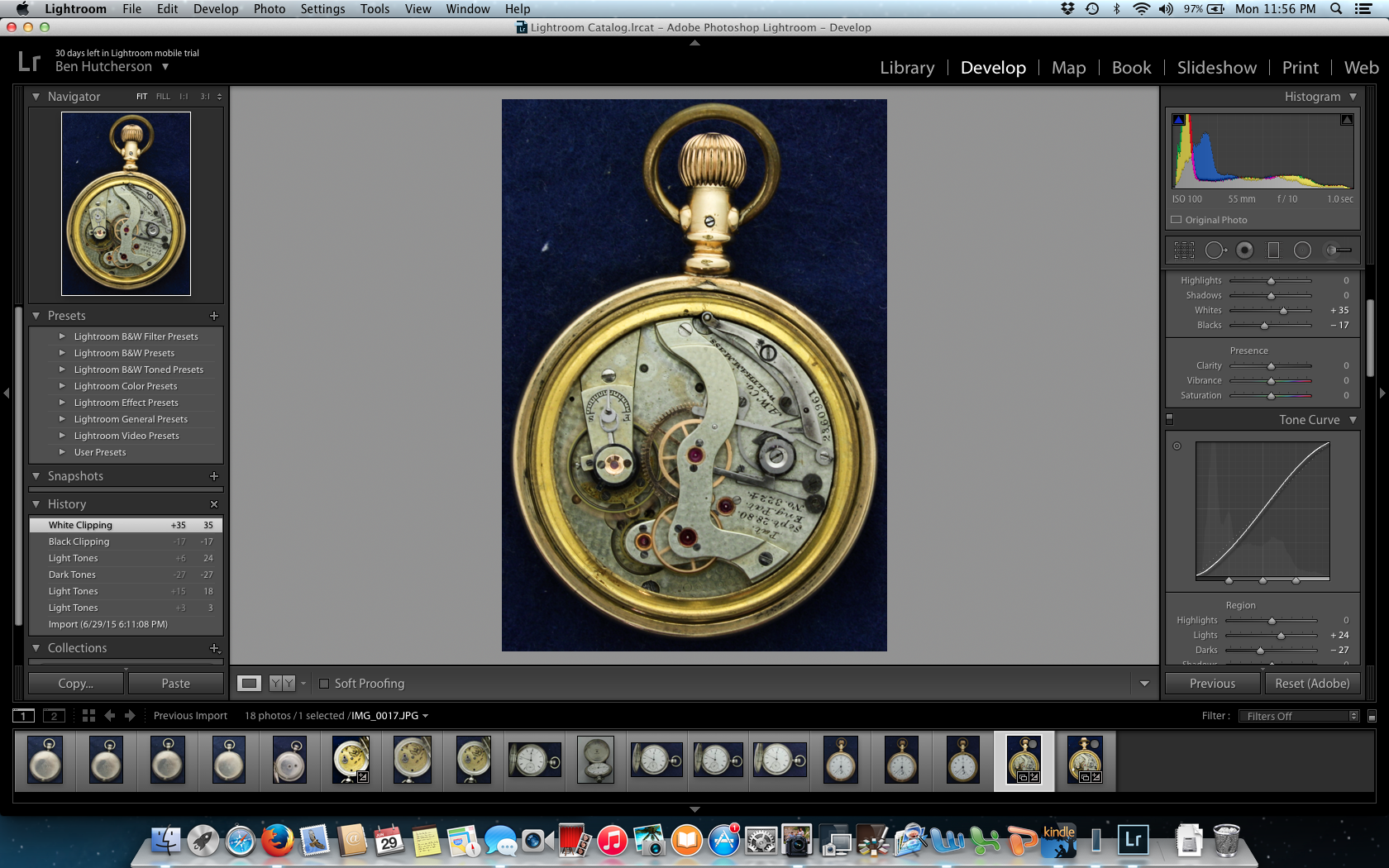