Some designers I've worked with in the past at big agencies are now glorified bootstrap designers. I would say Apple started the large image trend as Medium was just a huge hero image; Apple hero'd entire pages, Nike as a honorable mention.
Click to expand...

Keyword trends do show that the number of queries for website design and development are down from 10+ years ago.

precogincog said:
The large scrolling image thing just needs to die. I think they are really easy to build and maintain and look nice (because big images), but I suspect the functionality and usability are actually lower than a well-designed reactive site.
Click to expand...

Today’s general state of website design vs. sites of say, 6+ years ago (before ios7 helped usher in the acceptability of form-first over function-first) is just Awful.

Awful as in: Awfully scroll-heavy-inefficient often/now due to unnecessary token hero images or forcing the mobile layout/experience onto desktop users, awfully click-intensive often from burying commonly-used functions behind hamburger/ellipses/gear icons to cater to some misguided need for “less clutter,” and awfully boring due to the over-used lemmingly-adopted low contrast light-blue medium-blue on white flat design aesthetic.

Maybe it’s the unavoidable result of the commoditization of websites, forcing designers to make up new tactics in attempts to gain business by standing out (or much more likely, to try to make their jobs interesting again even with unnecessarily sometimes-controversial output). The unfortunate ease to deploy these updates via electrons only exacerbates the “problem.”

At least for clothing fashion, unnecessary leaps like these have largely remained on the runways even though jeans, men’s suits, and little black dresses have hardly changed in the past 40 years. I’m perfectly fine leaving purple bird hats, clown costumes, and toilet paper leggings on the runways and in the test labs. If only we could always opt back to certain elements of iOS, website layout/uIX, Apple user community bulletin boards, Dropbox, etc., from 6+ years ago, back in the era of “it just worked” instead of “it looks this way.” 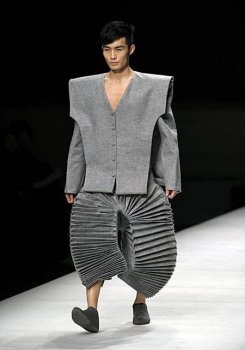 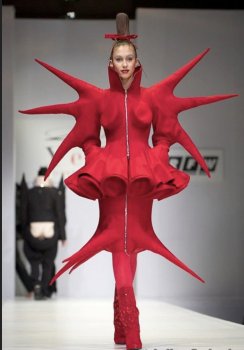 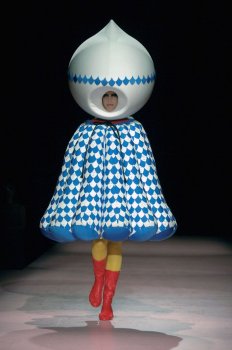 ejb190 said:
Communications showed me some statistics on our web pages. We were quickly approaching over 50% traffic from mobile devices. So we were instructed to make things mobile friendly. More intergrated web maps and widgets, fewer .pdf and .doc attachments. Shorten click paths. Get to the point (no rambling text).
Click to expand...

Using metrics like that can be so misleading imho. Is this for a personal-use website or business website? I’d have a hard time believing the majority of work/business work online is via mobile phone/tablet devices...

Then for personal browsing — I’m sure the online time I spend browsing on my phone on breaks at work, in the lunch line, in the bathroom at home, on the couch, in bed before sleep, etc, adds up to more minutes than those spent browsing on my MacBook Air at home. But when I really want to get something productively researched or purchased online, it’s on a larger laptop/desktop interface. The mobile device is #1 for entertainment and taking in content but the desktop/laptop environment is by far easier and better for productivity.

To be forced to use a space-wasting responsive designed site on my mba is excruciatingly painful at times. And maybe I’m one of the few who frequently hold-presses the refresh arrow in safari on my iPhone to request the desktop site when available. I’ll always take having more info on the mobile screen via the desktop layout, accessed via two finger zooming, over wading thru infinite-height sites via a one finger scroll-fest and hunting for buried functions via a multi-tap-fest.
Last edited: Feb 27, 2019

Tozovac said:
Using metrics like that can be so misleading imho. Is this for a personal-use website or business website? I’d have a hard time believing the majority of work/business work online is via mobile phone/tablet devices...
Click to expand...

It was a state Department of Natural Resources. We're over 65% mobile hits now. And yes, we have a pretty good idea who our customers are and what our website objectives are.

ejb190 said:
It was a state Department of Natural Resources. We're over 65% mobile hits now. And yes, we have a pretty good idea who our customers are and what our website objectives are.
Click to expand...

Thanks! I meant that statement in general and not to your website in particular, though I can see how it didn't come across that way.

Tozovac said:
Thanks! I meant that statement in general and not to your website in particular, though I can see how it didn't come across that way.
Click to expand...

But your point is right on target. If you are building a web page, you better have some idea who is going to visit and what they want.

I think a lot of designers mistake good design for good content.

One of my biggest pet peeves (as I’ve said before) is not having an address, phone number, and hours right on the front page (or one click away). I’ve seen major newspapers and TV stations where I couldn’t figure out where they were from their web page. Total rookie mistake. I can forgive a boring page if it’s clean, clear, and informative.
You must log in or register to reply here.
Share:
Facebook Twitter Reddit Email Link
Top Bottom