http://www.slickwraps.com/Brushed-Stainless-Steel-Skin-iPhone-4S-p/ip4smetal-brushstl.htm
Look at all 4 pictures on there site

Here is the website that I'm trying to choose from
http://www.stickerboy.net/products/metal-series-iphone-4-4s-back-or-front-skin

BTW this is going on a white iP4S

LOL. You still haven't made a decision? I thought you had. The pics on FB *looks* like the anthracite brushed silver. I have the same one that I installed on my phone. But, I'm not 100% sure about those photos, but if the caption says it is, then I guess they are. They look like it and similar to mine, with fewer stickers.

Up to you if go with SlickWraps or StickerBoy. I have no idea what kind of material SlickWraps use. If it's similar to the clear one, then it'll have that "sticky" feeling that I hate. And like I said to you, StickerBoy from what I received from them is great quality. They use 3M adhesive, it has great adhesion, but you can also remove it with ease without it losing its adhesion and won't form any creases that you get from removing stickers. Also, it just doesn't LOOK it FEELS metallic. It exactly feels how it looks. I have no comment about Lucky Boy.

ANTHRACITE BRUSHED SILVER (as best I can with an iP4 cam) 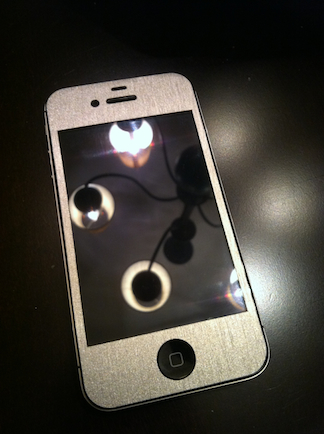 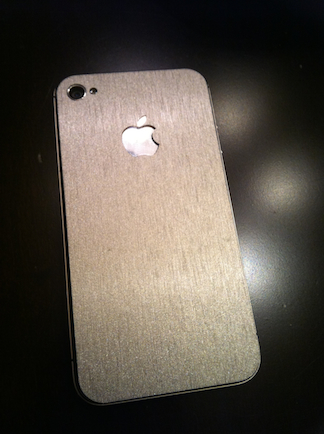 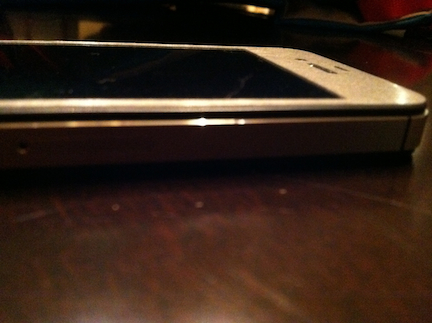 
Silver brushed looks the same as the brushed stainless steel on slickwraps in the video
http://www.slickwraps.com/Brushed-Stainless-Steel-Skin-iPhone-4S-p/ip4smetal-brushstl.htm
Last edited: Dec 5, 2011


Silver brushed looks the same as the brushed stainless steel on slickwraps in the video
http://www.slickwraps.com/Brushed-Stainless-Steel-Skin-iPhone-4S-p/ip4smetal-brushstl.htm
Click to expand...

Can you take a picture of it when you install it? I want to see the difference between the anthracite and just the "regular" one. If possible, a photo that actually shows it. I don't think mine does, it was done on the fly. I'll have put together my SLR to capture it.
You must log in or register to reply here.
Share:
Facebook Twitter Reddit Email Link
Register on MacRumors! This sidebar will go away, and you'll see fewer ads.
Sign Up
Top Bottom